With a 20-yard minimum, Ragfinders was a go-to for L.A. designers starting out, including Rick Owens, Trina Turk and Mike Amiri.

Rubin Schubert, founder of Los Angeles wholesale dead-stock fabric mecca Ragfinders, has died at age 74. The cause of death was not revealed.

Schubert opened his sprawling fabric store in 1976, focusing on selling dead stock and vintage fabrics from brands, mills and fashion houses. With just a 20-yard minimum, it became a go-to for L.A. designers starting out, including Rick Owens, Trina Turk and Mike Amiri. Over the years the store owner assembled a wall of fame with photos and clippings about the brands he supplied fabric for, including Greg Lauren, Reformation and Eckhaus Latta. 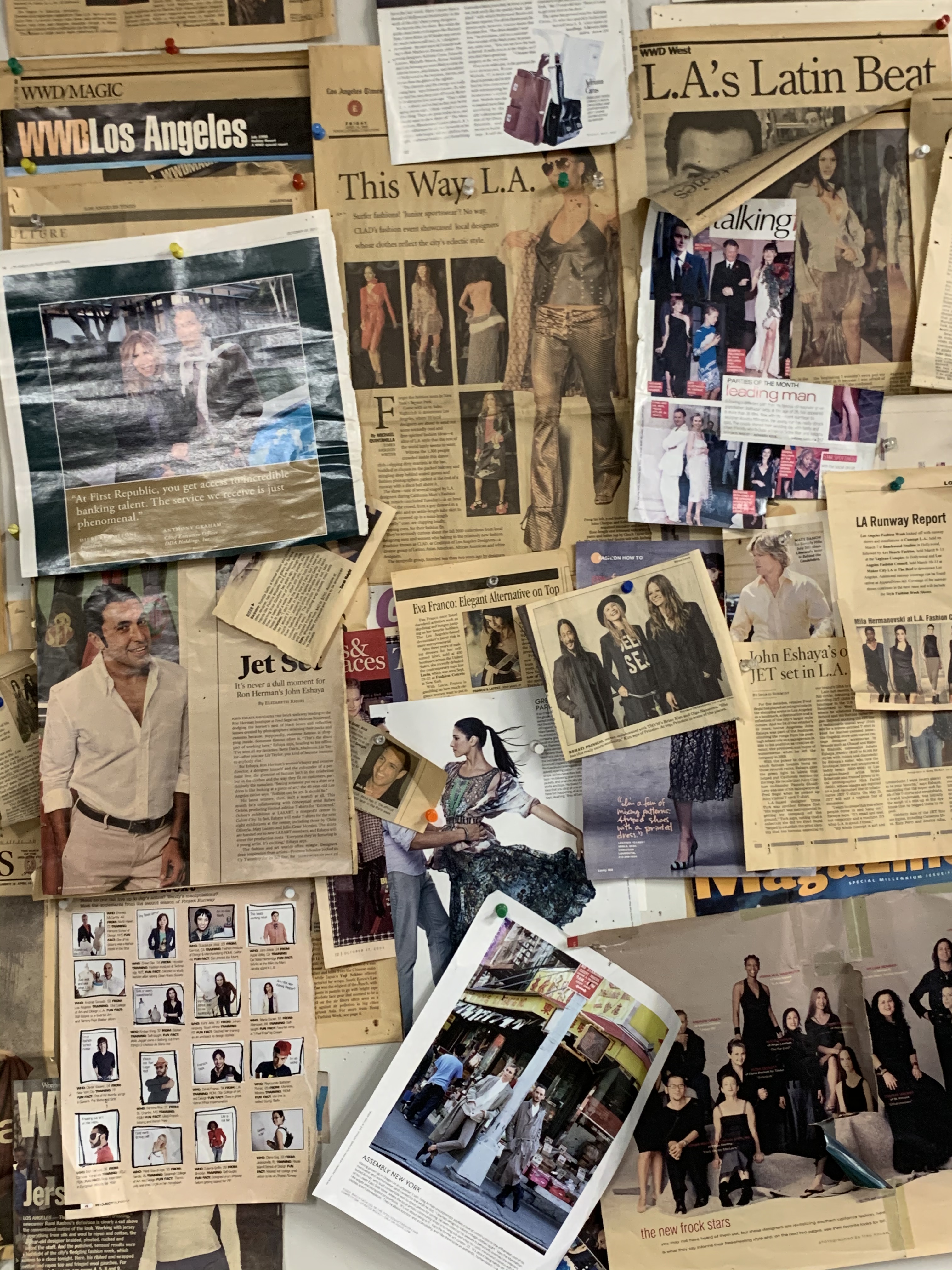 Born to Polish survivors of the Holocaust, Schubert was raised in Brooklyn. At age 7, he began working at his family’s local grocery store. He would return from school and head straight to the shop to stock the shelves, according to a representative from the store. As a young adult, Schubert packed up his car to move to California, and started selling fabrics from the trunk of that car.

Originally he was a renter in the massive warehouse on San Pedro Street where the store now sits in proximity to the downtown Fashion District, its showrooms and the Fashion Institute of Design and Merchandising. He had a small section on the first floor, but when the opportunity came to purchase the building, he jumped on it, and eventually filled all four floors.

“Organized chaos is what he thrived in,” said Ragfinders sales manager Sarah Torres, who is partnering with warehouse manager Josh Smith and Rubin’s nephew, Brian Schubert, to continue his legacy. “He would claim that every fabric would soon find its next home, even if it was housed under his roof for the next 15 years,” she said.

“I would spend hours at Ragfinders walking the many aisles with a coffee and a pair of scissors just cutting swatches, dreaming,” Amiri said. “Rubin was very kind and patient with me and we would always have lighthearted conversations together sitting at his desk. He had a wall in his office with photos and articles of all the local designers who had found some success. It was very clear he cared deeply for his customers and shared great pride in their accomplishments. He had probably seen every aspiring designer in Los Angeles come through his doors and I think he left the photos on that wall to remind them to keep going.”

“I shopped Ragfinders in the early days when our requirements didn’t meet mill minimums. Many designers starting contemporary brands during that period in the Nineties did, too. There was a time when it seemed like everyone shopped there,” Turk said. “It was like going to the flea market, except for fabric — you never knew what treasures you might find there.”

“They would take you up in the freight elevator and there was a denim section, shirtings, chiffons, you name it. Some of these floor were like mazes of rolls of fabrics perfectly stacked and it was easy to get lost if you did not stay behind the person who was helping you. It was fun, but I’ll be honest, in the back of my mind I always thought there had better not be a power outage or an earthquake while I was up in there,” said Mr. Turk designer Gilberto Arias.
Giving back until the end, during the COVID-19 pandemic, Schubert donated fabric to L.A. brands making PPE for frontline workers.