"Either you are passionate about people or are just trying to make money — and you can tell the difference," said Desiree Kohan, purveyor of artisanal modern fashion and under-the-radar designers.

With Linda Dresner, Jeffrey and Totokaelo now closed, it’s been a difficult pandemic year-plus for the independent fashion retailers that help shape regional style in the U.S. by introducing new designers to their customers and friends.

But Desiree Kohan, Los Angeles tastemaker and purveyor of artisanal modern clothing and accessories by Dusan, Christian Wijnants, Victor & Rolf and others for the last 16 years, is doubling down on brick-and-mortar with a new Des Kohan store in a 5,000-square-foot midcentury building at 914 North Fairfax Avenue.

“I had a chance to invest, and I always think it’s smart to own your business,” she said during a preview of the 1,300-square-foot store, which features three apartments above that she plans to rent to guest designers who want an L.A. atelier for a while. “I want to create an artistic community where we all take care of each other and vibe off each other.” 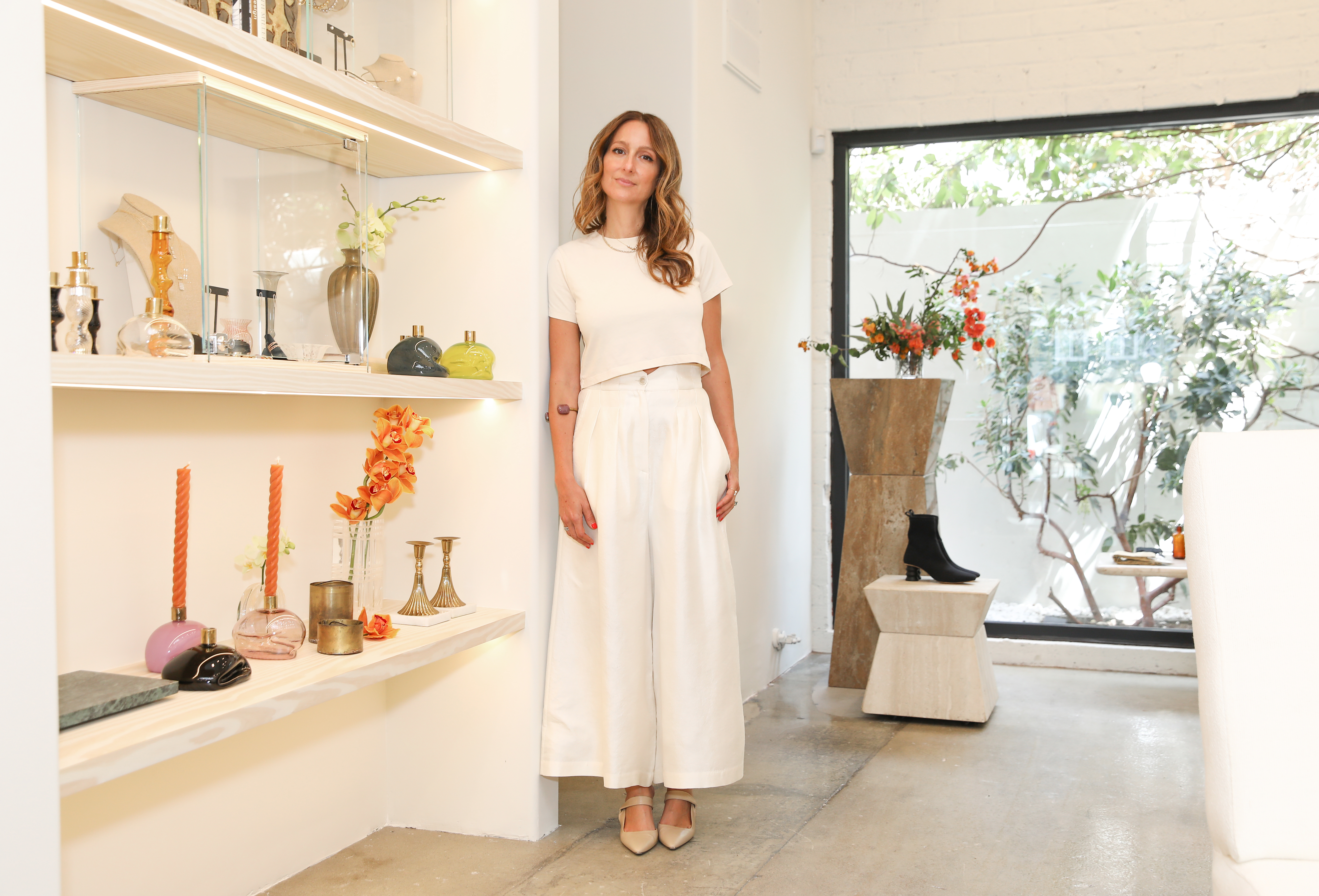 Kohan counts some of L.A.’s most stylish among her 1,500-strong customer base, including fashion consultant Katherine Ross Govan, investor Angelique Soave, stylist Karla Welch and Saudi princess Deena Abdulaziz. “For our clients who come in, it’s all about seeing people and conversing,” she said of the salon-type atmosphere she’s trying to recreate now that L.A.’s COVID-19 restrictions have eased, which will include a tea bar. “It’s an experience. Most brick-and-mortar stores don’t do it well. Either you are passionate about people or are just trying to make money — and you can tell the difference.”

A high fashion pioneer in the Miracle Mile neighborhood when she opened her store in 2005 off Wilshire Boulevard, she brought designs by Hussein Chalayan, Alaïa, Damir Doma and others to a space behind her family’s beauty supply store.

“I wanted something off the beaten path but that people don’t have to search for anymore,” Kohan said of her new neighborhood, which could extend Fairfax’s south-of-Melrose streetwear retail momentum (Marc Jacobs’ Heaven recently opened at 334 North Fairfax Avenue) north toward Santa Monica Boulevard. Blue Bottle Coffee, Aesop and Madre restaurant are other new businesses nearby. 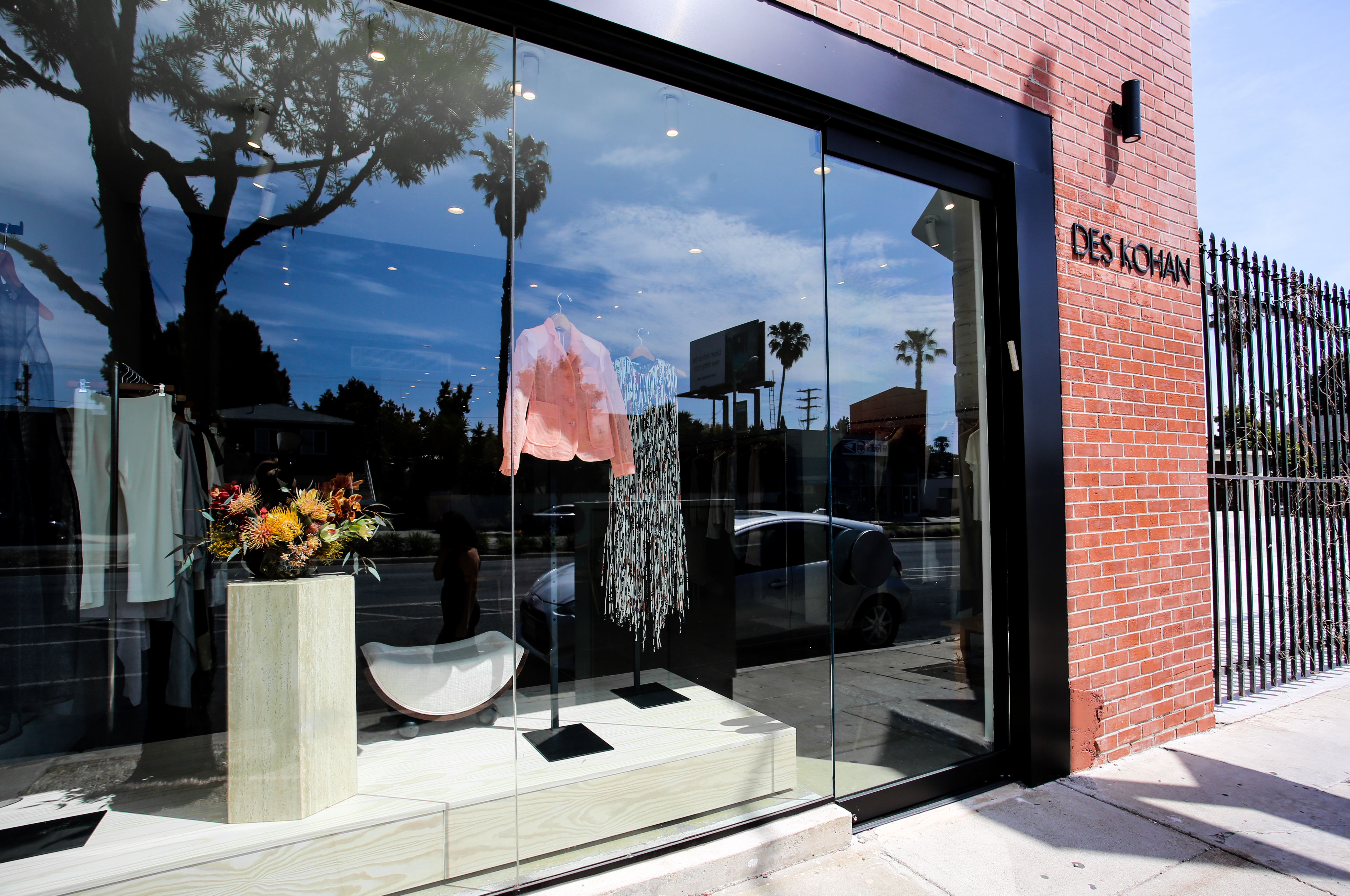 The building is a significant upgrade from her original 850-square-foot space. “Now I can buy deeper into the brands I support, add vintage furniture and more home objects — which was all I was selling during COVID-19,” she said, referencing her e-commerce site.

Kohan designed the minimalist interior, working with a local architect to remove ceiling beams and add a picture window in the back to let the light in. She scouted furniture with her friend, interior designer Pegah Anvarian Watson, including travertine tables in shades of rust and ivory and vintage Frank Lloyd Wright chairs. 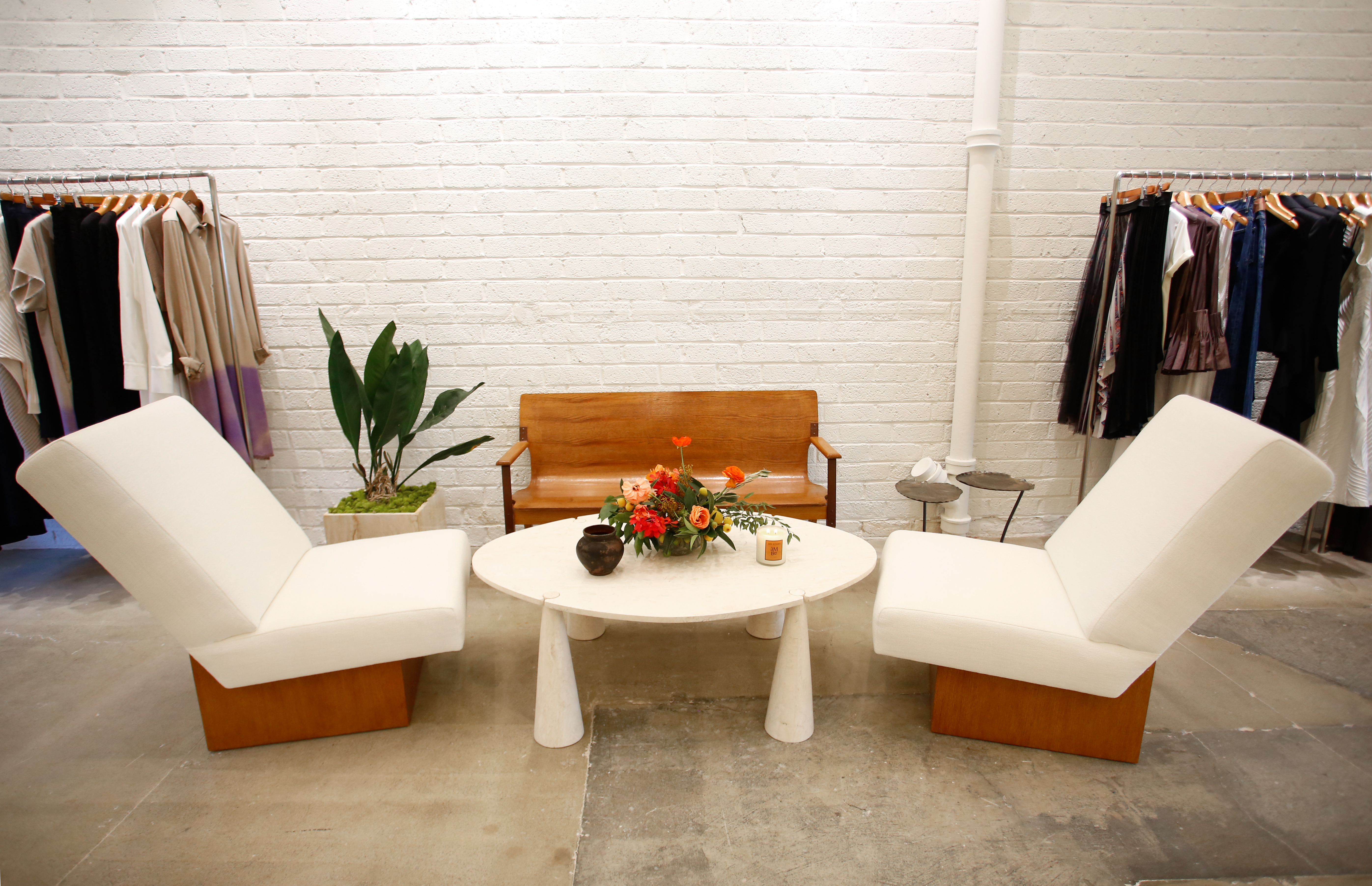 A veteran trend forecaster for Prada, Gucci and other luxury brands, Kohan went into retail with the idea of bringing under-the-radar designers to L.A. “We’re not the store for someone who wants labels,” she said. Her current obsessions include Toronto-based Sid Neigum, whose black quilted knit dress and cartridge pleated T-shirt hang near Khaite jeans, linen separates by French brand Le Kasha, and a curved crop top by Ukrainian designer Valery Kovalska.

“She understands the needs of her clients, also she invests in new talents, taking risks ahead of other big players,” said Wijnants, who has been selling to the store since he started, and made a special hand-knotted fringe dress for the reopening, which hangs in the window. “Desiree is a proof of why independent boutiques are so important and will always be there.” 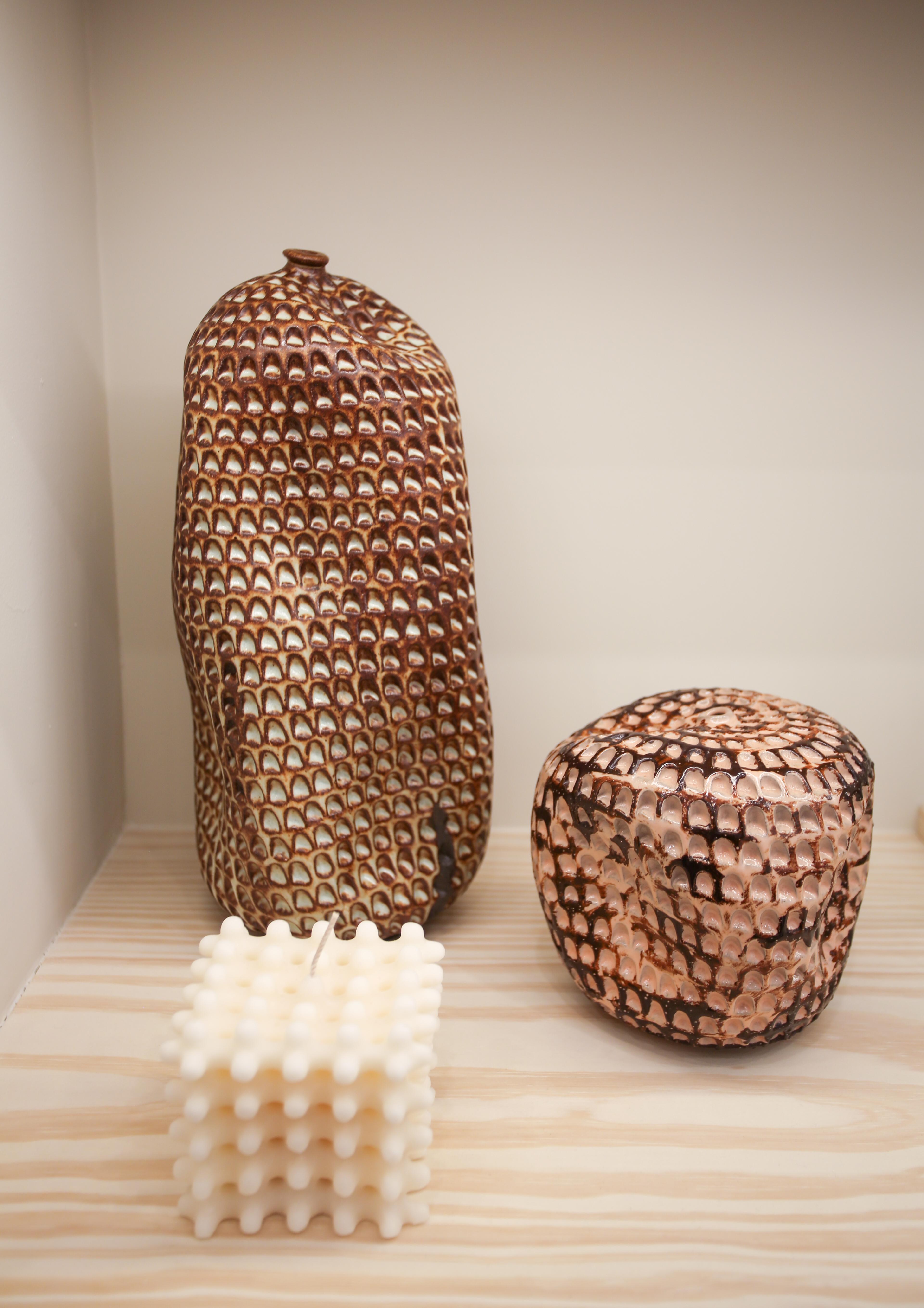 “I don’t want to bring anything into the store that’s just OK. It has to be something you covet, want to look at, get inspired by and gift,” Kohan said.

There isn’t a big shoe selection; in fact, she only carries one style of boot by Nomia — vegan Lycra booties with a sculpted heel. A decade ago, she stopped selling leather products and joined Humane Generation, the Humane Society’s leadership program spearheaded by Amanda Hearst, working on initiatives to force change in the fashion industry.

Inspired by the work of Stella McCartney, Kohan gave up a sizable business in Alaïa belts and shoes, for one. “I’m not going to make money killing animals and then donate to save them,” she explained, noting that for some designers, vegan versions of leather pieces sell better.

“I still want to inspire people and not be that store that’s just carrying denim and T-shirts,” she said. “When the pandemic hit, so many stores dropped indie designers or put them on consignment. I said, ‘How can I help you? Can I pay upfront?’ I’m taking care of our designers because I think that’s what community is about.” 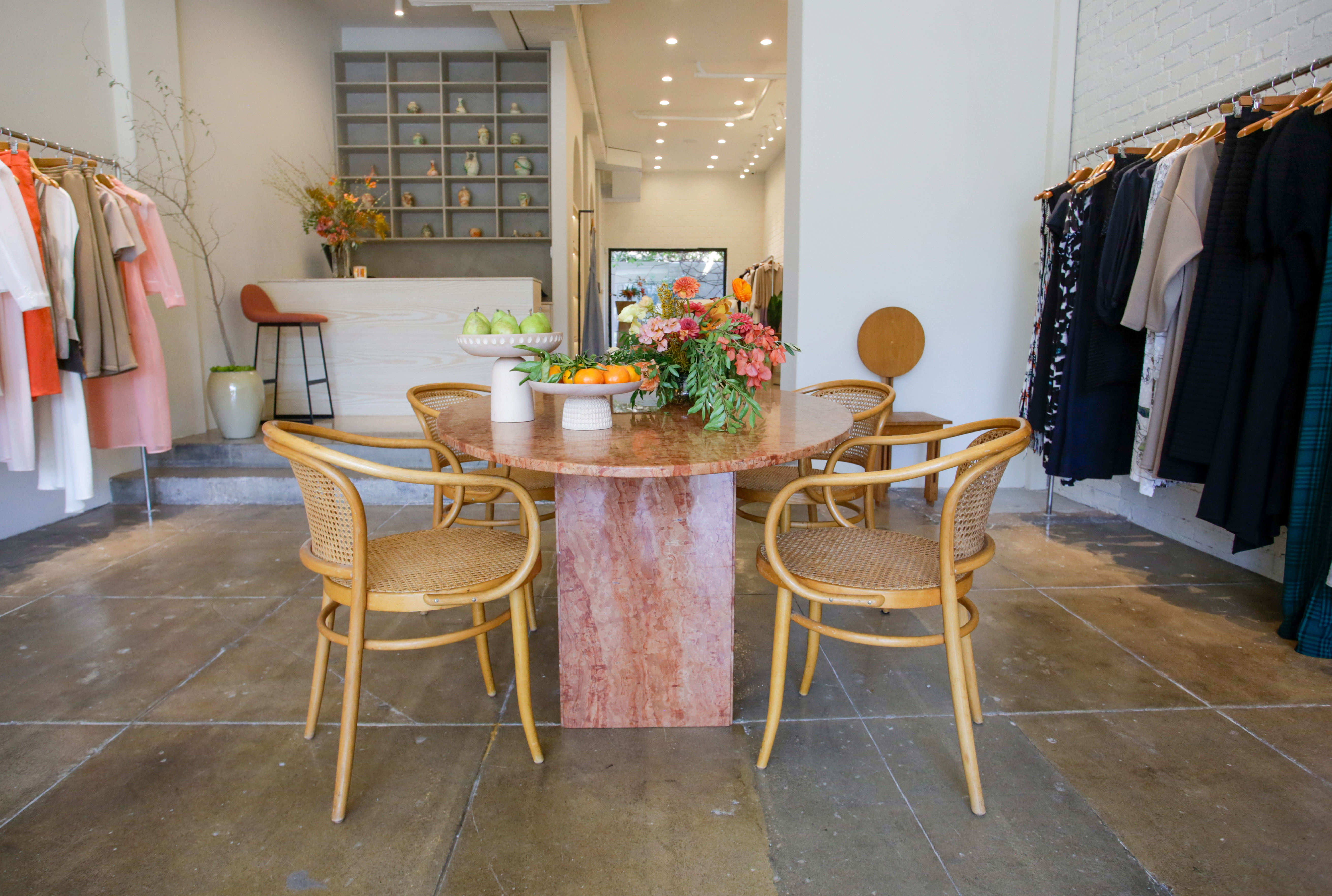 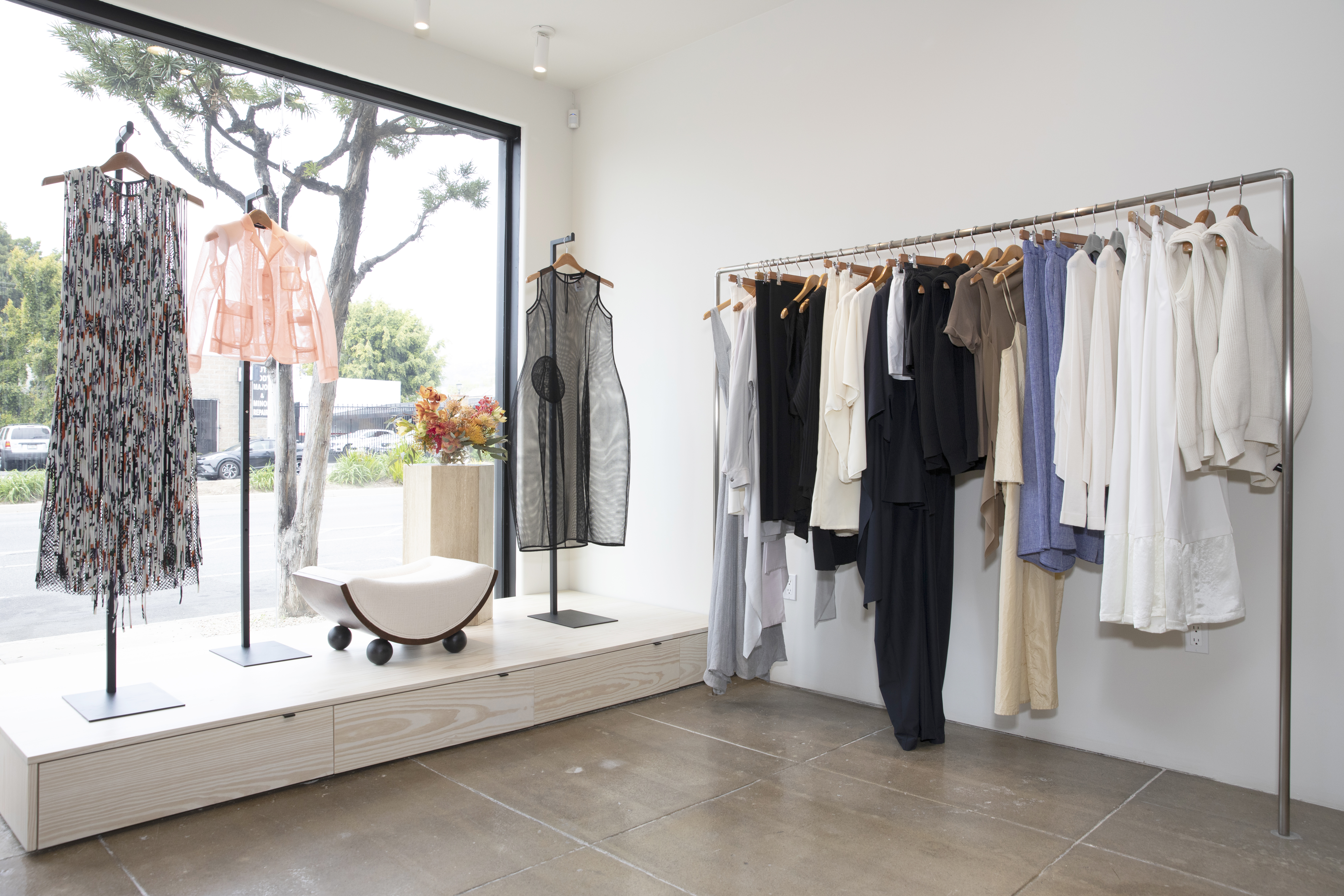 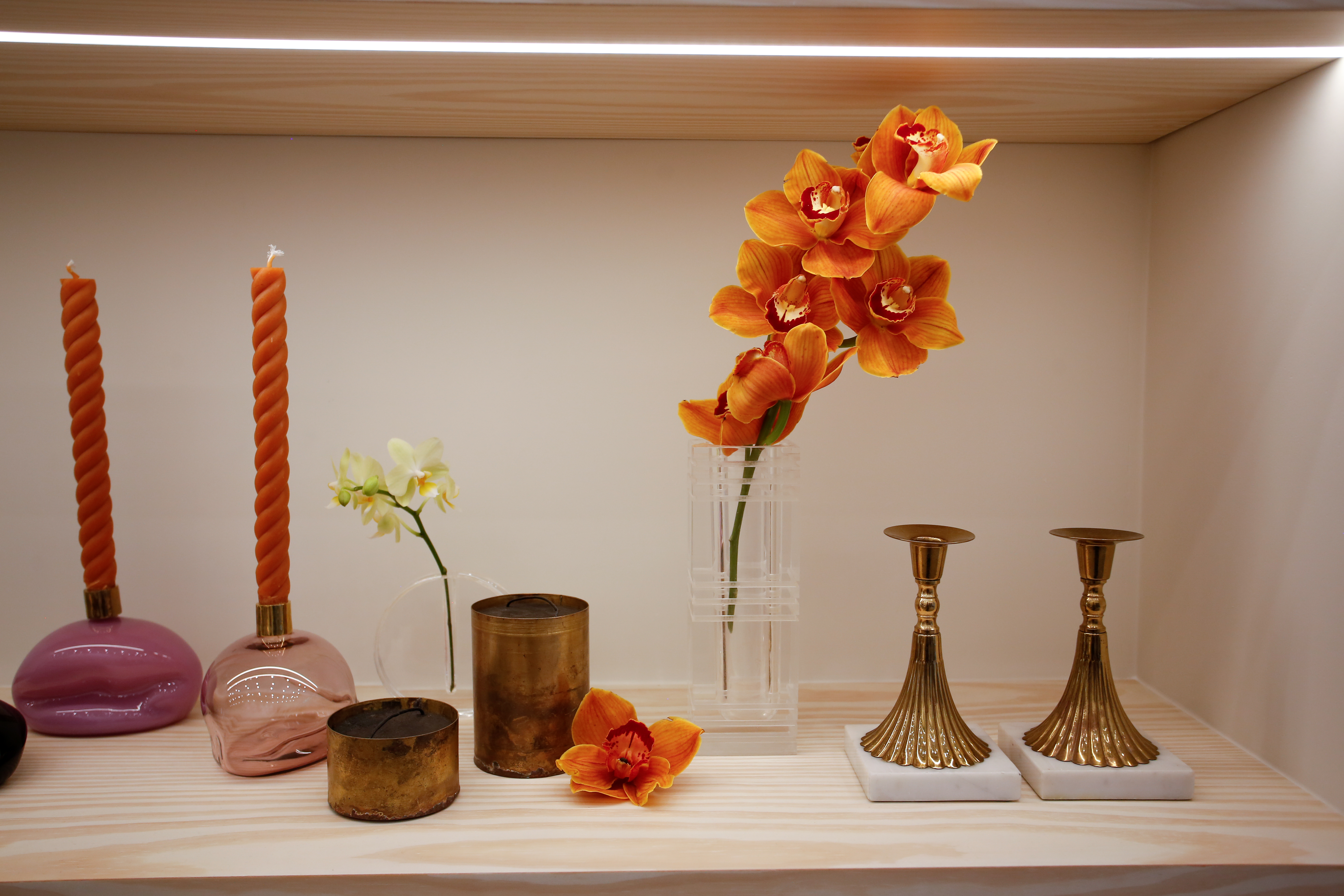