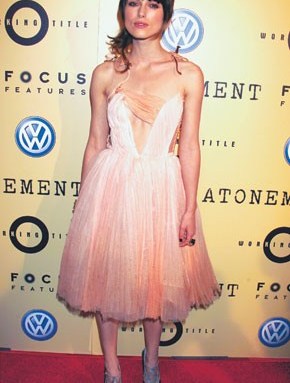 The city has become a fashion trendsetter and wants to build on that reputation.

Sean “Diddy” Combs and Quincy Jones sat in the front row at the Pussycat Dolls show, Mayor Antonio Villaraigosa was the host for a Council of Fashion Designers of America event at his official residence and starlets went party- and premiere-hopping as flashbulbs popped.

“L.A. is a world-class city; like New York, it’s a crossroads for a lot of people and cultures and having the movie industry in the backyard opens up a lot of opportunities,” said IMG’s Fern Mallis, who brought Mercedes-Benz fashion week to the city in 2002. “It’s a very global world now. Whenever I’m overseas, people ask me, ‘What about L.A.?'”

Los Angeles Fashion Week has grown as the city has reached a critical mass at retail — including hot spots Melrose Avenue, Melrose Place and Robertson Boulevard, as well as Rodeo Drive — in the financial sector and in the media. While IMG and Smashbox have the business model and production nailed down, both acknowledge that strides could be made to raise the quality of the product showcased, and to further integrate the Culver City event with the rest of the city.

The Smashbox tent graphics this year mimicked the gates of the old Warner Bros. Studio, indicating that stars can be born on the runway, or at least a red-carpet look or two. While fresh local talent such as Suh-Than and Orthodox were highlighted among the 22 shows, there were also lines from London and Mumbai (Julia Clancey and Falguni & Shane, respectively) that had editors from Vogue, Vanity Fair, Marie Claire and Elle tuning in. Though she didn’t attend shows, Anna Wintour was in town last week to meet with designers Juan Carlos Obando, J Mary and Liseanne Frankfurt, among others, and hosted a dinner in honor of Balenciaga designer Nicolas Ghesquière, who was in town to open his store on Melrose.

“The L.A. shows are primarily a media event. We never intended it would bring in front row troops from Neimans and Saks,” Mallis said. Rather, the message is the media. “It’s a great way to sell those names that aren’t on peoples’ lips yet.”

Davis Factor, chief creative officer and co-founder of Smashbox, along with his brother, Dean, said, “It’s hot to be able to show your collection on the runway and have customers see it…it’s not just the bottom line for all of us, it’s a passion.”

Factor said that there was still much to be accomplished in terms of unifying the retail and entertainment communities under the fashion week umbrella, but that he is open to change, including another venue. “This city is made up of several constituencies, but we are open to embracing all of that.”

So is the mayor. “This city is in the top five fashion capitals but we have a lot of work to do to become number one,” Villaraigosa said. “We’re trying to build awareness by developing the garment district and cultivating relationships with the design community.”

With respect to its market weeks, which attract more than 60,000 local and out-of-town buyers each season, the gap may be closer to being bridged with next year’s addition of L.A. Revealed…The Fashion and Design Event, a biannual trade show aimed at bringing emerging designers closer to buyers and buyers closer to the city’s style scene.

“All the trends I see come from L.A.,” said Mary Dolaher, chief executive officer of IDG World Expo, which will produce the show. “Nobody gives the city enough credit and now is the time because it’s on an upward swing.”

In fact, the city’s influence on fashion includes several benchmarks: the emergence of utilitarian clothing worn by gold miners, citrus crop and oil field workers in the late 19th century (denim); the development of resorts near the mountains, deserts and beaches (and hence, resort and activewear), and the birth of the movie industry in Hollywood.

“So much that came out of L.A. other people have adopted that it’s hard to tell where the trends started, but many of them can be traced back here,” said Kevin Jones, curator of the museum at the Fashion Institute of Design and Merchandising.

In particular, the city’s entertainment industry is more important than ever in playing a symbiotic role with local designers as well as manufacturers. New York-, Paris-, London- and Milan-based designers now make Los Angeles a regular stop on their calendars for press-grabbing events and private appointments, which result in red-carpet moments.

From Valentino to Versace to Chanel, Los Angeles is a stage that everyone wants a spot on. Last Thursday, New York-based newcomer Chris Benz was the latest to

experience his first taste of Hollywood when director Brett Ratner hosted a party in his honor at his Beverly Hills home with guests Lindsay Lohan, Patrick Demarchelier, Illeana Douglas and Jennifer Beals.

“I totally love L.A. In a way it’s more ideal for my clothes because it’s so laid back and seasonless,” Benz said.

The day before, the winner of the fourth season of “Project Runway,” New York-based Christian Siriano, jetted to Los Angeles to reap his rewards. He met with retailers, citing influential boutiques Satine and Tracey Ross as ideal distribution points, made an appearance on “The Tonight Show with Jay Leno” and taped a cameo on an episode of “Ugly Betty.” But perhaps most important for his business, he came to fit celebrity muse Victoria Beckham.

“I need the celebrity factor,” Siriano said. “My clothes are for strong women and there are a lot of them out here. I love that there are so many women like Victoria Beckham who are really going for it with fashion.”

Trina Turk, didn’t find that to be the case when she started her 12-year-old contemporary business, whose much-copied aesthetic was inspired by a Slim Aarons photo taken in Palm Springs during the Sixties. “I don’t do red-carpet stuff and I never have, but for someone just starting out it can make a huge difference,” she said.

Turk believes “it’s more important to have the right thing in your line than a celebrity wearing it. If you have something cool and you can produce and ship it, the buyers will find it and the customer will want it. You can give away clothes but you have to sell to regular customers in order to have a successful business.”

While that may be true, there’s no doubt that celebrity exposure has helped the careers of local red-carpet designers such as Richard Tyler, David Cardona, Kevan Hall, Randolph Duke, Bradley Bayou and Max Azria, plus a new crop of fashion-forward talents, including Rodarte, Rami Kashou and Juan Carlos Obando.

“Los Angeles is an ever-changing place and it’s getting better and better. In general it invites new designers and ideas rather than repelling them,” said Kashou, this season’s “Project Runway” runner-up who has financed his own business in Los Angeles for the past five years. “There is so much inventive design out here and I feel now the press is really embracing the new elements coming out of a city that is based mainly on sportswear.”

Of course, for day-to-day life in Los Angeles and increasingly in other parts of the world, casual is king. No one knows that better than thriving companies like Juicy Couture.

“There is something so hip and chic about L.A. that everybody aspires to,” said co-founder Gela Nash-Taylor. “When the world started dressing down that whole L.A. sensibility took over. It’s a pretty amazing time to be here as a young designer on their way up.”

premium T-shirt company 12 years ago, believes the dust is just starting to settle from L.A.’s catapult into the high-visibility fashion universe. “We send a lot of mixed messages that cause people to think, ‘Is it real or isn’t it?’ Once it settles down the people who aren’t serious about the business will disappear and those who are will become classics. Once that happens L.A. will become more of an authority in the fashion world.”