Fashion and design industry go-to Joanna Williams is selling a curation of global treasures for the home, including Oaxacan candles, Mexican pottery and embroidered pillows from Lebanon.

Now she is showcasing her eye for style in a new e-commerce shop.

The site is a curation of Williams’ treasures, or rarities, as she calls them, from the colorful storefront she opened in March adjacent to her textile library in L.A.’s West Adams neighborhood.

Among the items on offer are hand-sculpted floral candlesticks from Oaxaca (she’s sold more than 500 via Instagram this summer, in four sizes starting at $35 each); hand-block print tablecloths and napkins by L.A. designer Gregory Parkinson; whimsical candelabras and plates by British ceramist Claudia Rankin, who is inspired by Picasso and Sonia Delaunay; embroidered pillows from Lebanon-based Kissweh; lavender grosgrain ribbon-tied espadrilles from Es Par Ta in Barcelona, and more. 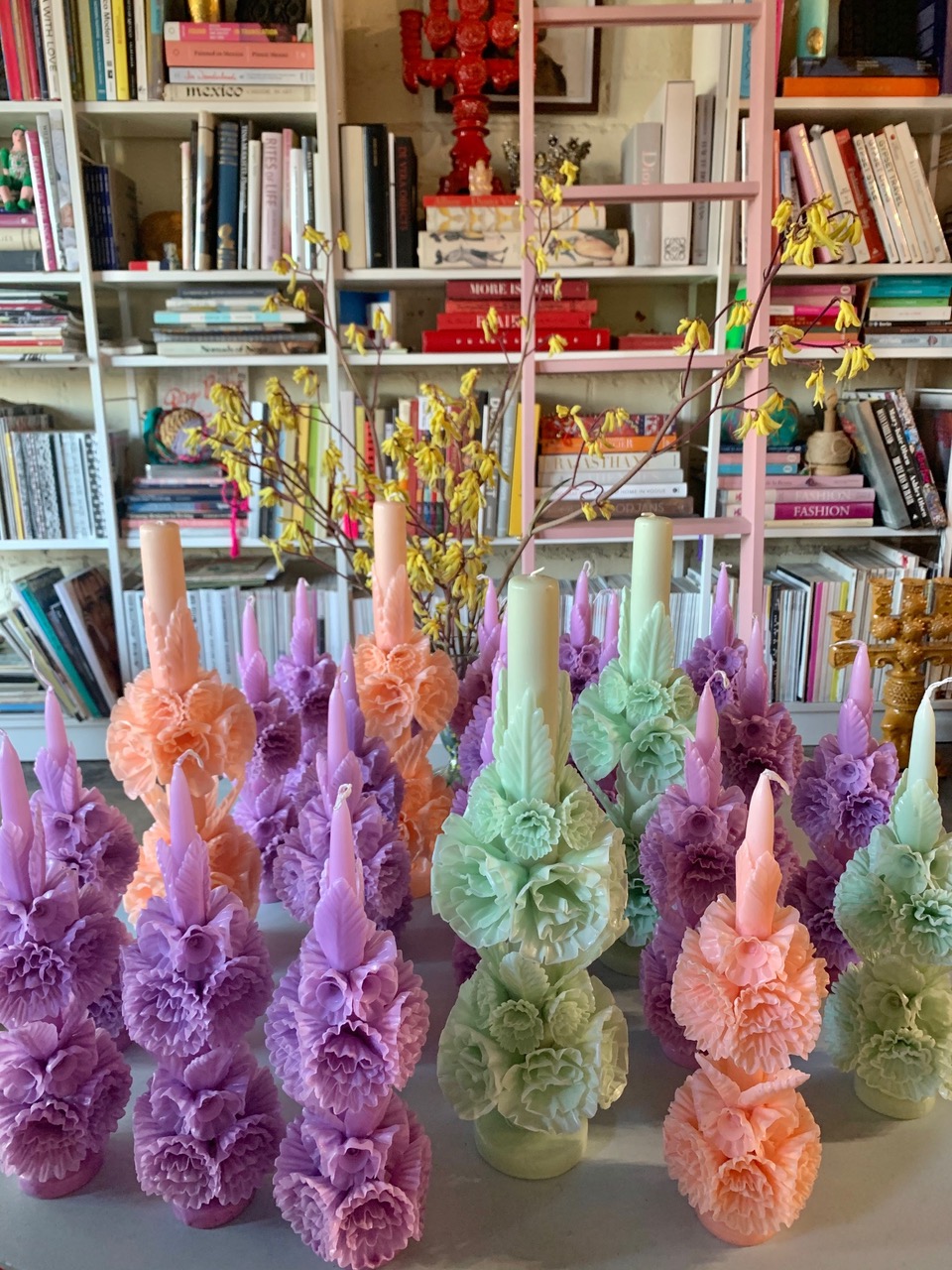 With a wicker elephant basket in the window, a bench full of colorful embroidered pillows, and tabletops covered in pattern, the shop is a visual delight that Williams had been wanting to incorporate into her business since she moved from her original location in Atwater Village late last year.

“I was open one week, then we got the stay-at-home order,” she said of how the lockdown slowed her roll. “Everyone was at home, and with my textile business, I didn’t know what would happen. I had a couple of Zoom meetings and requests via e-mail. But then I started thinking, ‘What more can I do with the store?'”

She turned to Instagram to start telling the stories behind the objects and accessories she had selected for the brick-and-mortar store, and what they meant to her. “It changed everything, I started selling like crazy. People are discovering so much on Instagram. They are sitting at home, and instead of clothes and shoes, they want to surround themselves with meaningful things that bring joy and happiness.”

Williams had no plans to do e-commerce. “But I didn’t expect to be packing and shipping so much, and eventually it just made sense to have this other facet of the business,” she said, adding while the textile side has picked up slightly in recent months, she certainly isn’t traveling 70 percent of the year like she used to sourcing fabric and trimmings. To replenish product for the store and web site, she has been relying on existing relationships with artists, artisans and designers in Mexico, India, Europe and elsewhere.

And for those in L.A., the physical location is also open by appointment. Stop in and Williams will share a peek at her archives in the library, including 18th-century Chinese embroidered silk panels and 19th-century block prints. “At the end of the day, brands still need ideas and inspiration. If anything, they might cut down on budget and buy less — maybe twice a year rather than three or four times. But a lot of my small designer friends are being even more thoughtful about what they are making,” she said. “They want to do less but more meaningful and beautiful.” 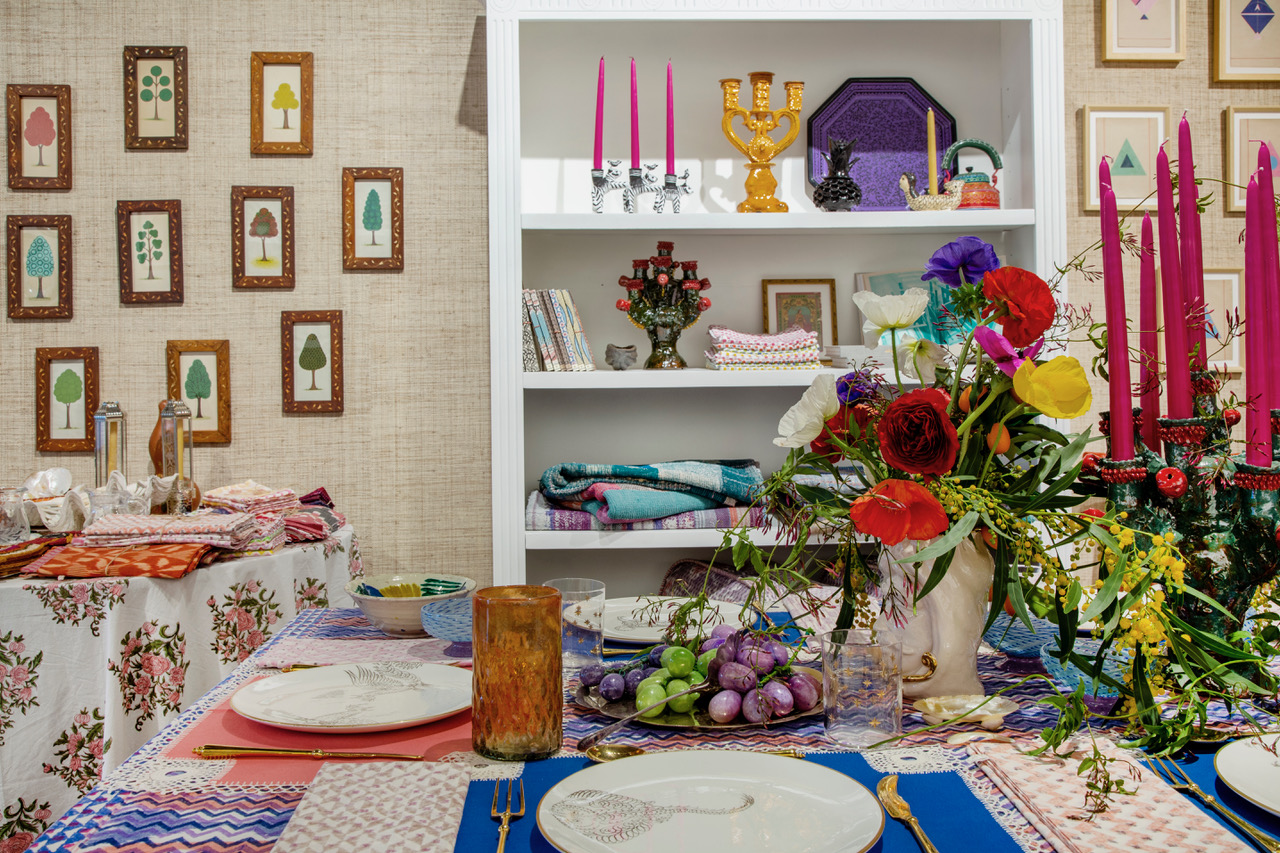 Inside Kneeland Co.’s L.A. store, which has launched e-commerce.  Courtesy 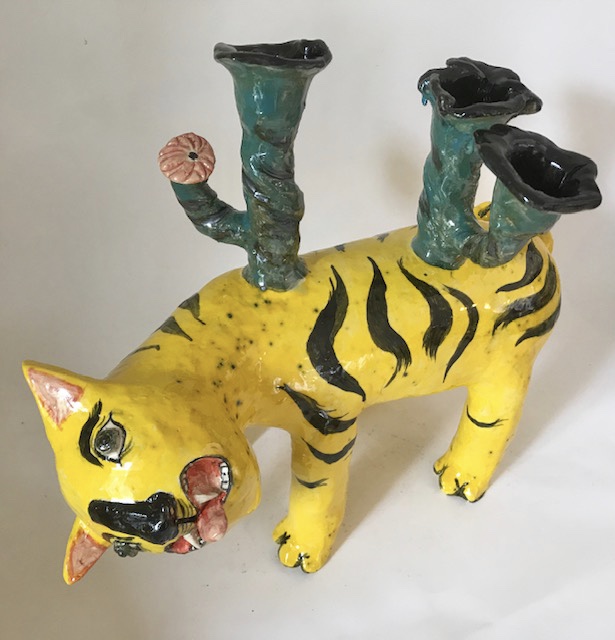