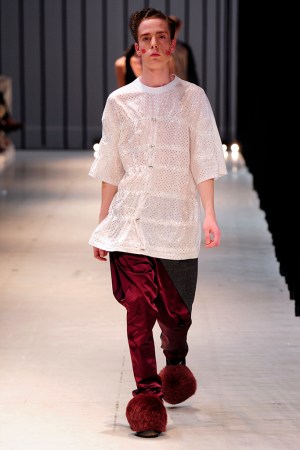 This year’s La Cambre Modes graduation show was an eclectic presentation, held this past weekend in Brussels’ Schaerbeek covered market. Masters students’ creations were evaluated by a wide-ranging jury at the Bozar and Mad Brussels event that was made up of fashion personalities such as designer Diane von Furstenberg, Hennes & Mauritz creative adviser Margareta van den Bosch, Dior studio director Pieter Mulier and designer Cédric Charlier, back in his birth country for the occasion.