With recognizable surnames such as Azria and Marciano, a second generation of designers are following in their parents’ footsteps. 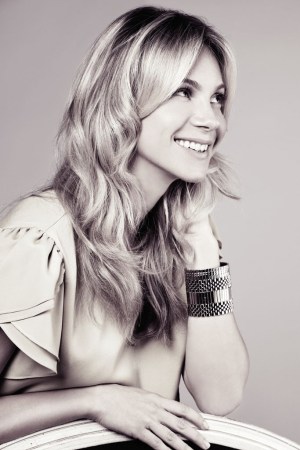 With recognizable surnames such as Azria and Marciano, a second generation of designers are following in their parents’ footsteps. Here are some of the NexGen crowd making their marks on Los Angeles’ fashion scene.

Schooling: She learned to design through working in the family business.

Retail prices: $5 to $198 for the young contemporary lifestyle brand

Style credo: “I stick to basics and use fun accessories.”

Schooling: Central Saint Martins and an apprenticeship with Zandra Rhodes

Retail prices: $200 to $1,200 for delicately feminine looks fashioned out of cotton and silk imbued with vibrant prints that Factor designed herself

Style credo: “I like mixing textures. I like to have at least one thing on that is print mixed with solid.”

Schooling: After graduating from high school, she attended what she dubbed “fashion school with Michael Glasser.”

Style credo: “I’m all about the comfort but still with an edge.”

Schooling: She spent her childhood pinning leather to make her own bags in her parents’ factory.

Style credo: “Don’t follow, start from scratch and wear what you feel that day.”

Fashion projects: Annual charitable initiatives for her father’s company, the latest of which is a beaded cord bracelet to benefit Save the Children; Previous designs included a heart-print tank top designed on behalf of the charity Sojourn Services for Battered Women and Their Children, as well as philanthropic Ts made when she was seven years old to benefit victims of the 9/11 terror attacks

Retail prices: $30, with $20 from each bracelet sold going to the charity

Style credo: “I really love fashion, and this was a way to design something that everyone could afford and wear.”

Style credo: “I really don’t shop any of the new designers out there. I tend to go all over the world to find these vintage dresses I live in.”