Sales came later in the game than ever, but when all was said and done, prestige beauty had a decent holiday business.

By Julie Naughton and Pete Born on January 5, 2007
View Slideshow 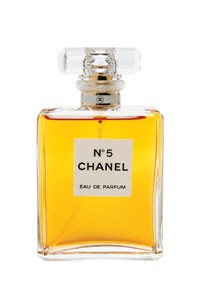 NEW YORK — Sales came later in the game than ever, but when all was said and done, prestige beauty had a decent holiday business.

“Our star category was women’s fragrances, driven by Juicy Couture — its momentum sustained itself [from its summer launch] and continues to do so,” said Howard Kreitzman, vice president and divisional merchandise manager of cosmetics and fragrances for Bloomingdale’s. “In fact, it’s set several new records. The other very encouraging thing about our holiday sales is that the surrounding business in [classic] fragrances did not suffer as a result of a newness.”

In addition to the Juicy Couture fragrance lineup, strong women’s fragrances at Bloomingdale’s included Chanel No.5, Viktor & Rolf’s Flowerbomb, Prada, Narciso Rodriguez, Thierry Mugler’s Angel and the Jean Paul Gaultier and Issey Miyake franchises. “The things that had been good stayed good, and the whole classic part of the business — particularly Chanel — was on fire.”

Men’s fragrance sales at Bloomingdale’s were “driven by newness,” said Kreitzman, adding that YSL’s L’Homme, Prada Men, Gaultier to the Power of Two and Viktor & Rolf’s Antidote were all top sellers. He added that perennial men’s favorite Acqua di Giò also was an extremely strong seller in December.

Bloomingdale’s saw steady sales from prestige skin care and makeup artist brands in December. “The strongest skin care brands for the holidays were those in the top tier of the market,” said Kreitzman, adding that Dior, Chanel and YSL Beauté all experienced brisk skin care sales in December, as did La Mer, La Prairie, Kiehl’s and Armani. “Customers were particularly drawn to skin care brands in very limited distribution. Also, our men’s skin care business, which is fairly well developed, was very good. Lab Series was really the runaway [skin care] success for men.”

For Bloomingdale’s, beauty sales were strongest in New York City and in Southern California this season, noted Kreitzman.

“We were very pleased with December business,” said Micheline Jordaan, vice president and divisional merchandise manager of fragrances for Macy’s East. “Fragrances continued to deliver meaningful growth in the most important month of the year. The business came late, as it usually does, with a significant thrust in the last 10 days. Existing brands dominated the top 10 rankings in both women’s and men’s fragrances. In women’s fragrances, Chanel No.5, Cashmere Mist and Dolce & Gabbana Light Blue all delivered standout performances. In terms of new brands, Armani Code and Versace Bright Crystal ranked very well.

“The business came very, very late, but that’s not unusual these days,” said a nationally influential department store retailer who declined to be identified. “Overall, we saw double-digit increases in men’s fragrances and single-digit increases in women’s fragrances. Men’s had a great deal of newness, which accounted for some of the growth, but classic scents also delivered. On the women’s side, both classics and new scents contributed to the growth.”

Another bright spot was skin care, said the retailer. “Skin care is incredibly strong across the board — at every price point. The luxury end is doing particularly well, and we expect it to continue to perform.”

Betsy Olum, senior vice president of retail marketing for Sephora, also was pleased with the season’s results. “Sephora’s holiday business played out extremely well,” said Olum. “December followed the expected ‘late-shopping’ trend as a result of Christmas Day moving to a Monday this year, and by Dec. 25, the holiday results were in line with Sephora’s strong growth throughout 2006. The week following Christmas was a pleasant surprise for us as sales were particularly robust.”

Makeup brands at Sephora that had strong holiday business included Stila, Dior, Bare Escentuals and Clinique. “Our fragrance business had its best holiday season ever, with Vera Wang, Prada and Armani having especially good months, and our 2006 fragrance gift sampler was a sellout hit,” added Olum. “Significant skin care sales came from Philosophy, Fresh and Caudalie.”

The NPD Group will not report its December findings until Jan. 31, when the consumer tracking firm holds its Hot Off the Press briefing at Manhattan’s Rainbow Room, but there are preliminary indications that point to a possibly difficult Christmas for the fragrance business in department stores. Affected by the store closings triggered by the Federated-May merger, fragrance sales were the lowest in November of any November in the last 10 years, and the category’s year-to-date total entered December running at 2 percent down for the year. In order for fragrance to show a sales increase for the year, the category would have had to chalk up a 6 percent gain for December, which accounts for 32 percent of the fragrance year, according to Karen Grant, senior beauty industry analyst for NPD. According to sketchy, preliminary indications through the third week of the five-week December period, fragrance seemed to be running 5 or 6 percent behind last year. Grant noted one factor was that gift sets were down in November, but sales of regular line items, or “juices,” were up for the month — plus-5 percent in men’s and plus-1 percent in women’s fragrances.

Industry analyst and management consultant Allan Mottus said that, with the prominence of Macy’s following the Federated-May merger, the December selling period took on a promotional tone, which moved the focus away from beauty, since fragrances are not discounted in department stores. “There was no basic branding after Thanksgiving,” he noted, adding that the concept of consumption is undergoing a profound change. “Young people are so into electronics, not wearing fragrance.”

Also the flood of new scents and a resultant atmosphere of sameness further diluted the business. However, Mottus noted that niche fragrance brands, like Thierry Mugler, “managed to maintain their integrity.” He observed, however, that the dollar volumes are relatively small because the niche brands have tiny distribution networks.