One way to gauge what magazine companies think of the state of the business is to look at how many titles they’re launching. By that measure, they seem to think it’s very healthy indeed — or at least that it’s an opportune... 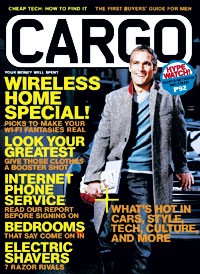 One way to gauge what magazine companies think of the state of the business is to look at how many titles they’re launching. By that measure, they seem to think it’s very healthy indeed — or at least that it’s an opportune moment to replace some of their existing magazines before they wear out altogether. According to Samir Husni, a University of Mississippi journalism professor and publishing consultant who specializes in launches, the rate of new entries into the market shot skyward beginning in September and shows no signs of slowing. “I haven’t seen as many new titles in a long, long time,” he said, adding that the number of new publications started in 2004 could reach 1,000 by year’s end. (There were about 950 in 2003.) The newbies should be forewarned, though: Most of them won’t last. Six in 10 fail within a year, and only two in 10 make it to the 10-year mark.

Significantly, after a long quiet spell, the major publishing houses have returned to the launching pad in force. Time Inc. alone started two titles this year — Cottage Living and All You — restarted a third (Life, now a newspaper supplement) and tested two spin-offs that could eventually find their way into regular publication: Find, about antiquing, and Your Diet. (For more on the two hottest trends in launches, shopping and shelter, see category snapshots.)

In addition to starting more titles, publishers are launching them faster. Barely two months will have elapsed between the time Hachette announced plans for a low-priced women’s service title and Nov. 9, when For Me hits newsstands. “The cycle is speeding up,” said Husni. “Six months is becoming the norm rather than the exception.” (The exception still exists, however: Domino, Condé Nast’s home furnishings magazine, isn’t scheduled to arrive until next fall even though it was announced in March.)

By the same turn, publishers are less willing to wait out the five years it typically takes for a new magazine to reach profitability if the trends don’t look good. Hearst gave Lifetime, its much-touted 2003 launch, only 18 months to prove itself before shutting it down in September. Of course, in a media environment where four out of 10 new titles don’t survive to publish a second issue, that’s practically an eternity. — J.B.