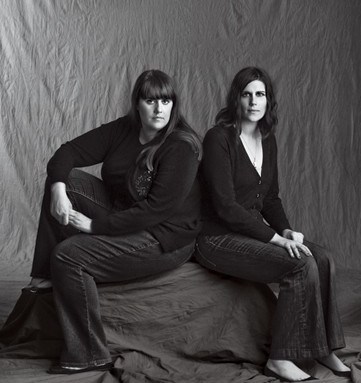 Womenswear Designer of the Year Nominees

Since landing on the scene four years ago with a suitcase stuffed with seven dresses and three coats, Rodarte’s Laura, right, and Kate Mulleavy have had a meteoric rise; they won the Swarovski Award last year and are now up for the main women’s wear honor, alongside industry vets Marc Jacobs and Narciso Rodriguez.

The duo reached a turning point with their fall 2008 show, which flaunted an edgier, Goth side — crimson gowns meant to mimic pools of blood — and more commercially savvy wares, like those knockout slashed knits that marked a stark contrast from their earlier frothy, romantic reveries.

Another example: this spring’s introduction of jackets, which they followed with biker versions for their Frankenstein-inspired fall lineup. “We could do really different, amazing things. Hopefully, people will understand what your voice is,” says Laura, “if you take the time to develop it.”