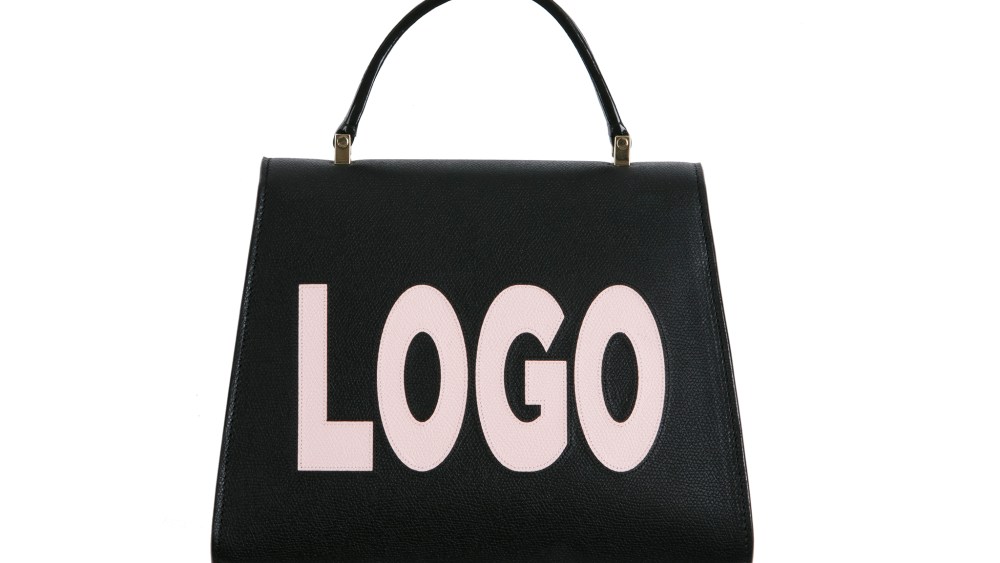 It features two guests of honor: Off-White designer Virgil Abloh, who has created a temporary store including the brand’s first cafe; and Rami Mekdachi’s lifestyle brand Lola James Harper, which has designed a lounge space, with an area to record music and shoot hoops, as a taster for its future Paris hotel.

Jennifer Cuvillier, style director at Le Bon Marché, said the retailer started working on the idea a year ago, and watched the phenomenon snowball in the last 12 months.

“It’s a huge trend this season, with logos appearing on all kinds of products in fashion, whether luxury brands or designer labels, ready-to-wear or accessories. In every sector, the logo is king,” she told WWD.

“The approach has evolved since the Eighties,” she added. “Nowadays, logos are very visual, big, unexpected and fun, which I think is linked to the explosion of images on social media. These logos will be relayed on sites like Instagram. And I don’t think we’ve seen the last of it — in some sectors, it’s only just beginning.”

Abloh’s capsule collection includes T-shirts, sweatshirts and a varsity jacket embroidered with a color gradient version of Off-White’s signature arrow cross. The designer, who has collaborated previously with brands including Nike and Levi’s, said logos help to create an emotional connection with consumers.

“It’s a quick reminder of the brand and the principles you’re buying into. It’s a communication device,” he said. “Customers are intrigued by brands. That’s at the crux of what drives their purchases, aligning with different brands, so to me it makes sense why you’re feeling this resurgence.”

Le Bon Marché tapped labels known for their logos or initials, including Coach, Céline, Fendi or Tory Burch, as well as designers new to that universe, such as Marco de Vicenzo, who plastered the oversized initials MdV on a bicolor baseball cap. The beauty and food departments also joined in.

“We went for a very modern approach with an athletic, streetwear spin in the treatment of the logos and products,” said Cuvillier. “We want the customers to have a smile on their face and to feel like they’re in a candy store.”

The store, which is owned by LVMH Moët Hennessy Louis Vuitton, will also sell the exclusive designs on 24 Sèvres.

Abloh said his temporary store on the second floor, christened “Left Bank,” was a rendition of the neighboring area of Saint-Germain-des-Prés, a tony district known for designer stores and iconic cafés like the Café de Flore and Les Deux Magots.

“I personally love physical retail. I think it adds color to clothing versus online,” said Abloh. “So for me, it was about making a memorable experience to sort of understand the brand even better.”

He worked with one of his favorite juice spots in Paris, Wild & the Moon, on a menu featuring his selection of food and drinks in custom-made packaging. The eaterie will sell two new products, a blue-colored water and matcha tea-flavored popcorn, as well as a fashion week “survival kit.”

Abloh said he would love to open an Off-White café, though he hasn’t zeroed in on a location. “I generally love things that are lifestyle-related, so I think that would be an interesting design project to do,” he said.

It promises to be a busy Paris Fashion Week for the designer, who will open a pop-up shop at rival department store Galeries Lafayette to celebrate his spring footwear collaboration with Jimmy Choo, and is launching a fragrance with Byredo.

So what was Abloh’s favorite brand growing up? “It’s probably Ralph Lauren, Polo Sport. I remember those brands had a unique impact on what I thought was cool. I was making my decisions back then based on the branding more so than the fit and cut of certain garments,” he recalled.

Cuvillier said the collaboration is already having an impact on participating labels, some of which introduced logos into their collections after working on the project.

“You can see that the brands are having fun with their logos. There was a time when they were so out of favor, you had to hide them. All of a sudden, they are really proud of their brand, proud of displaying it, and they want to play with it,” she said.