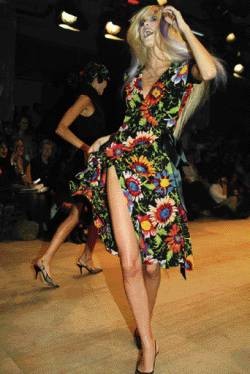 Talk about a great weekend. The past few days have been a joyous celebration of fashion. And the strong collections came in a wide variety of modes, from Viktor & Rolf’s wildly imaginative clothes — shown at a fab party — to Helmut Lang’s riffs on his own classics in his return-to-the-runway show. Alexander McQueen’s pirate-themed show had bravado and beauty, while the surf was the thing to play in at Balenciaga.