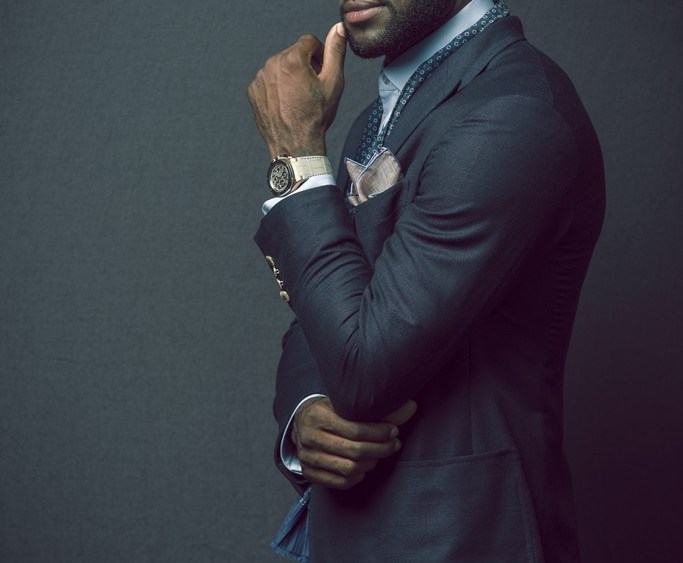 MIAMI — After collecting a second NBA championship ring and a wedding band this year, LeBron James is turning his attention to his wrist.

The 28-year-old Miami Heat forward’s limited-edition watch for Audemars Piguet, where he has served as a brand ambassador since 2011, launches Friday with an event in Miami for 350 guests and at Audemars Piguet stores worldwide. His Royal Oak Offshore Chronograph is the same sports model chosen for a collaboration by former brand ambassador Jay-Z, whom James credits for introducing him to fine watches. James’ version features an 18-karat pink gold case and oversize Arabic numerals offset by a gray patterned dial and interchangeable crocodile and rubber straps. Its edgy palette and combination of materials, coupled with subtle flair, exemplify the sports star’s fashion sense and versatile wardrobe, especially since relocating to beach-chic Miami.

“I tried to do something different with a cool factor, like what Beats by Dre did for headphones,” James said, while primping for an Audemars Piguet ambassador film shoot in downtown Miami, not far from the Heat’s home venue, American Airlines Arena. “The Royal Oak is my favorite style because it allows you to wear a suit, sweats or swim trunks, and is slightly urban without being limited to an urban customer.”

There really isn’t a target customer for the 600 watches, which will sell for an average of $51,500 each, according to Audemars Piguet chief executive officer Francois-Henry Bennahmias, who was surprised by the diversity in age and lifestyle with the release of Jay-Z’s equally fashion-forward design. Previous athlete ambassadors naturally have gravitated toward sports watches, though in more utilitarian black and red versus upscale elements with crossover appeal, making this collaboration a true wild card.

“The ultimate goal is that it had to be able to be worn with a suit and tie since LeBron is elegant. He isn’t just a shorts and sneakers guy,” said Bennahmias of the watch, whose size further extends its reach to a wider demographic. “It couldn’t be too small due to his height, but regular people are lucky that we reduced the case size to accommodate his thin wrist.”

Since he has never seen James poorly dressed, Bennahmias anticipated the same level of passion would be applied to designing a watch. He was right: James’ hands-on process took him to see his watch in production at Audemars Piguet’s factory headquarters in Switzerland in late August. For a 6-foot, 8-inch tall African-American from the inner-city of Akron, Ohio, who’s generally seen as the greatest basketball player since Michael Jordan, the pastoral village of Le Brassus, where cows outnumber residents, must have been a surreal sight.

By the time James was a sophomore in high school, his mentor Jay Z had turned him onto certain luxuries, like watches. James has lost count of the number he’s collected — 10 perhaps? — since beginning about six years ago. His fashion expertise came much earlier through observing Jordan’s worldwide impact on dress, as well as football and baseball player Deion Sanders’ flamboyant attire.

“These guys had swagger, and I’m a huge believer in Deion’s quote about if you look good, you feel good, you play good and so on,” he said, pleased to have slimmed down a size to have more conventional choices. “I’m fortunate that I can fit into clothes easily.”

Calling shopping a hassle (his fame barely allows him to leave his Miami home aside from games and practice, workouts at the Heat’s private gym or the occasional celebration), James relies on stylists to do his bidding when it comes to buying his favorite designers like Tom Ford and Ralph Lauren and trends that he picks up from the streets. For the Audemars Piguet shoot, the Sartorial Collective, his go-to fashion consulting firm in New York, paired a Tom Ford blazer and Waraire Boswell dress shirt with 3×1 jeans. Accessorizing comes easy to James, who didn’t shy away from a Lanvin brooch and Jane Carr Homme scarf. As he slipped on stylish eyeglasses, it’s obvious he has fun with fashion.

“I like to dress after games and on the road,” said James, who dismisses any style rivalry with Heat teammates Chris Bosh and Dwyane Wade, or any athletes for that matter. “I limit watching players to their respective sports.”

James hasn’t become a front-row regular at fashion week just yet. There will be plenty of leisure time when he retires in his late 30s, if he’s lucky, he says, unless he segues into a career in coaching or owning a sports team, two stronger possibilities than starting an apparel company. Last year he attended Michael Bastian’s show sponsored by Audemars Piguet, while skipping the most recent New York Fashion Week due to a hectic schedule that culminated in his Sept. 14 nuptials to Savannah Brinson, his long-time girlfriend and mother of his two sons, ages 6 and 8. A savvy social-media user, he tweeted and posted Instagram photos of the newlyweds canoodling at cafes and touring the Colosseum during their honeymoon in Rome. It was his first visit there, a rarity for the frequent world traveler who’s racked up nine trips alone to Asia, including this summer’s well-publicized China tour for Nike replete with a personal DJ.

“Chinese fans are much more respectful and passionate, maybe because they don’t get to watch basketball on TV or see us in person all that much,” said James, whose inspiration for the Nike LEBRON 11 sneaker’s Terracotta Warrior colorway, scheduled to launch next month in China, came from his visit to the Terra-cotta Warriors exhibit in Xian two years ago.

The stone-hued style with red and teal accents is part of his latest shoe series, which signifies his number of years with Nike. He revamped his shoe designs so LEBRON 11 is the lightest and lowest to date, and curated colors with personal meaning. James cites Christmas, his alma mater in Akron and Miami Art Deco pastels as inspirations.

“I try to incorporate personal traits like my crown symbol or my name in all my designs,” he said, also paying close attention to fit in both the sneakers and his Nike sportswear collection, which launched in 2011. “Everything is cut to a spec size that I actually can wear.”

That includes his bicycle, which is his main mode of transportation to work these days. Since a standard bike wasn’t an option, Cannondale customized a model for his height and left-handedness.

“It’s great for physical conditioning and meditation,” said James, who participates in Miami Critical Mass, when thousands of cyclists ride through the streets and over the causeways the last Friday of each month. “I wish I could do more but they usually coincide with game nights.” When not on his bike, he tools around in a black Rolls-Royce Ghost he bought earlier this year.

Aside from ferrying his kids to and from school, his daily routine is filled with a rigorous exercise regimen that runs into the evenings, sandwiched between homework, family dinners and catching a movie or game on TV before bed. Somewhere down the line, he’ll also be able to tune into the sitcom “Survivor’s Remorse” he’s codeveloping for Starz. Its subject matter, the consequences of overcoming atrocious circumstances to achieve fortune and fame (“With great power comes great responsibility”), hits close to home. James still witnesses firsthand the grim reality of the underprivileged through his namesake family foundation based in Akron.

“Not a lot has changed for these kids from when I was in their shoes and just happy to wake up the next day,” he said. He participates by modeling new sport uniforms he purchased for students in a fashion show, endless donations of Samsung tablets and cash he receives from endorsement income from companies such as Sprite and Audemars Piguet.

No matter his involvement in a project, the talk always circles back to James’ plans when he becomes a free agent in mid-2014. There’s speculation he may jump ship for the Los Angeles Lakers, though he seems pretty happy living the Miami dream.

“I miss the slower pace back home but have grown used to my new city’s little perks like fresh fish and sweet fruit,” he said, already thinking of a retirement homestead. “It will definitely be someplace warm. I don’t want to go back to cold winters.”