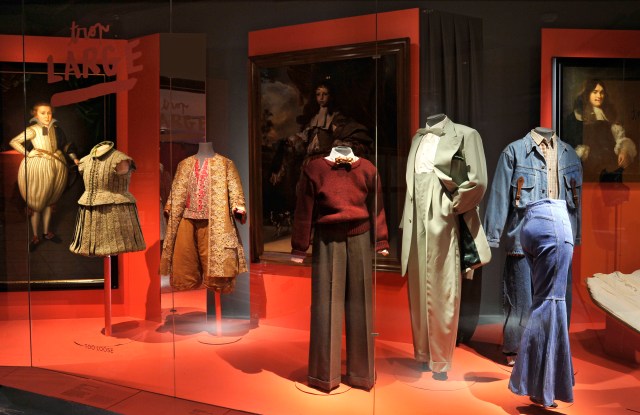 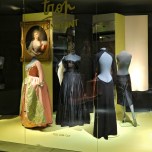 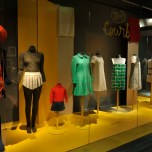 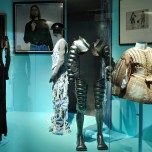 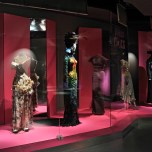 PARIS — Lady Gaga, step aside. A cast of diehard sartorial rule breakers — from Jeanne d’Arc to Marlene Dietrich — take center stage in a new exhibition at Les Arts Décoratifs here. Entitled “Appropriate Attire, Please!” and curated by historian Denis Bruna, the show, due to open on Dec. 1, explores controversial fashions from the Middle Ages to 2015, stopping just short of the burkini.

Bruna spent three years preparing the show, with loans from a range of institutions and private collections including the Royal Collection; La Fondation Pierre Bergé — Yves Saint Laurent; the Cinémathèque allemande, and Paris’ Archives nationales. The exhibition gathers some 300 items spanning medieval books detailing etiquette rules for dress, portraits, objects and historic garments as well as a range of eyebrow-raising designs from the 20th century such as Rudi Gernreich’s monokini. The show is organized around three themes: “Clothes and Rules,” “Boy or Girl?” and “Provocation and Excess” with themed windows playfully labeled “Too Short, “Who Wears the Pants?” and“Too Revealing,” and the like.

The exhibition opens with a pair of ultra pointy leather shoes, dubbed “La Poulaine,” and an accompanying 14th-century parchment tome by author and court writer Christine de Pizan detailing their court ban under King Charles V of France. “In the history of Western dress, any garment or accessory seen to deform the body was considered offensive to God, God being considered the creator of man. At the time, the church was the power,” Bruna explained. “Some even believed pointy toes were used to hide the devil’s nails.”

While for some of the elements on display, like the bikini and the Mary Quant mini, the shock value has since diminished in most parts of the world, others continue to irk. Case in point, the hoodie. “King Charles VI banned them and they’re still associated with delinquency,” said Bruna, gesturing to a window juxtaposing a 14th-century woolen hood discovered in the ice just north of Denmark that has a contemporary style.

At once entertaining and informative, the show also touches on the consequences of transgressing rules of dress imposed by law and society across the centuries. For instance, the 49-centimeter-high platforms favored by members of Venice’s bourgeoisie in the 16th century and towering coifs popular in 18th-century France — both literal symbols of superiority — were ripe fodder for caricaturists. “They were a real threat to men as, suddenly, women were taking up a lot more space.” D’Arc’s penchant for wearing men’s armor in the 15th century, meanwhile, “was a contributing factor to her death.”

Spread across two floors, the exhibition, which will end on April 23, presents a screen that flits between an original portrait by Élisabeth Vigée Le Brun of Marie-Antoinette posing in a simple, bucolic, white muslin dress and a revised version of the painting showing the royal in a lavish blue gown, the first dress having been deemed inappropriate attire for a queen of France. “Marie-Antoinette broke many codes because she was very interested in fashion,” Bruna said. “She also wore pants when horse riding, which was totally forbidden.”

A nearby window traces the evolution of the trouser in the women’s wardrobe, including an original sailor pant from Coco Chanel’s wardrobe and a book of “transvestism” permits issued by the French police in the mid-19th century. “George Sand would often request them when she wanted to wear trousers, for fear of being arrested,” said Bruna, who also dedicated an entire window to the designer he credits with validating the trouser as a part of the modern women’s wardrobe: Yves Saint Laurent, with the creation of Le Smoking in 1966. (According to Bruna, it nonetheless took France until 2013 to overturn a law from 1800 dictating on what occasions a woman can wear trousers.)

Dietrich’s adoption of the look came way before with the original tuxedo she wore in the film “Morocco” (1930) also in the show. “When, a couple of years later she arrived at the Gare Saint-Lazare in Paris wearing trousers, the French were quite shocked,” said Bruna, adding: “And when she tried to go for dinner at Le Caneton that night, she was refused entry.”

A window dedicated to man skirts, meanwhile, explores designer spins inspired by traditional garments like djellabas and kilts, including suit skirts from the Sixties and Seventies by Jacques Esterel and Jean Paul Gaultier designs from the Nineties.

The “Provocation and Excess” section includes a window dedicated to plays on loose volumes from across 350 years including voluminous men’s culottes from the 16th century that were criticized for deforming the body and resembling women’s skirts, Oxford Bags worn by Oxford University students in the Twenties and Zoot suits from the Forties.

The show wraps with nods to “shocking” fashion shows from 1983 to today, including ripped black creations by Yohji Yamamoto and Comme des Garçons from the Japanese wave in Paris the early Eighties as well as items from Jean Paul Gaultier’s fall 1993 “Chic Rabbis” show; Alexander McQueen’s fall 1995 “Highland Rape” show and — “perhaps the most scandalous show of the recent years” — John Galliano’s Dior couture show from 2000, inspired by Paris’ homeless population.