A new dedicated women's denim collection from the house that Levi built. 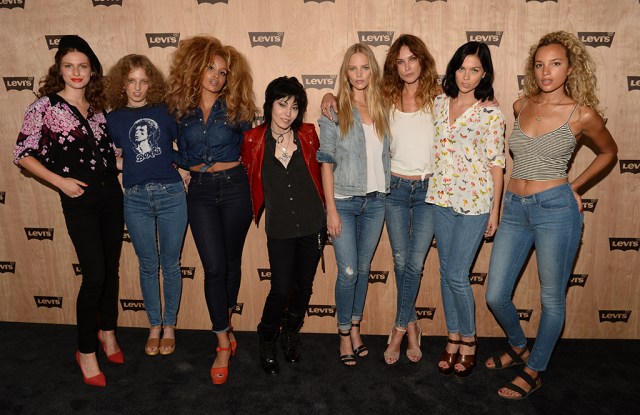 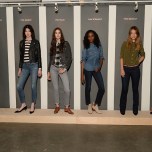 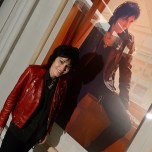 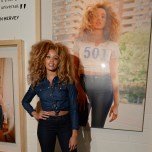 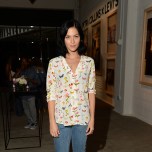 In an effort to give the launch of its new women’s denim collection some gusto, Levi’s corralled a host of cool women, including Joan Jett, Erin Wasson and Petra Collins, for an evening of jeans and music by Lion Babe and the Misshapes Tuesday night. The brand took over 451 West 14th Street, displaying Collins’ photographs of herself, along with Jett, Wasson, Tali Lennox, Phoebe Collings-James, and Jillian Hervey of Lion Babe, which performed later that evening, along with archive images and its new fall campaign, titled “Live In Levi’s.” The campaign features Alicia Keys as well as emerging musicians Ryn Weaver and the Ibeyi Twins in the collection’s new styles, which hit stores Wednesday.

A small group of models wore a selection of the new denim lot 700 series, featuring the 710 Super Skinny, 711 Skinny, 712 Slim, 714 Straight, 715 Bootcut and 721 High Rise Skinny. According to Karyn Hillman, chief product officer for Levi Strauss & Co.’s Levi’s brand, stretch is a key factor in the fit, with some styles featuring up to 80 percent stretch. She assured that the death of the skinny jean is not imminent as far as Levi’s is concerned. “It’s not going to go away the way things used to go away,” said Hillman, noting that other cuts are gaining traction. “What’s interesting right now is that women are open to choice. The slim and the straight are looking very good again and very modern. We think they’re going to come up strong and be important to the advanced [customer].”

Asked about the relationship between Levi’s new styles and the current cachet of reworked vintage 501 Levi’s, which have become a cult item in the upper echelons of fashion thanks to labels like Re/Done, Hillman said that the company is well aware of the value of its second-life product. “We’ve been gathering our own vintage and working on it. We made 501 CTs, we’ve made shorts, we’ve made Truckers,” she said, mentioning the specialty studios Haus of Strauss locations in Los Angeles and London. “We’ve been working on [vintage] for years. I’m not sure everyone’s known what we’ve been doing, but there’s much more to come on that.”