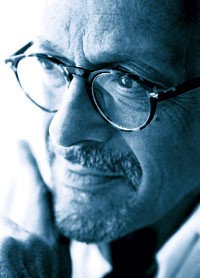 PARIS — The final nail of minimalism’s coffin might be struck by an unexpected reaper. Christian Liaigre, whose spare furniture and monastic interiors spawned an entire school of wenge-wood imitators, is gravitating toward baroque.

In an interview in his Left Bank apartment here, the designer said he felt that the blueprint of spare interiors, cement floors and white walls that has dominated interior design for the past decade had run its course and will be overtaken by more ornate designs.

“People call me minimalist because I use a lot of white walls,” Liaigre said.

Like most minimalism, that is an understatement. Liaigre designed the Mercer hotel in Manhattan and the Montalembert in Paris, both striking examples of his pared-down, linear aesthetic. He conceived Strenesse’s Munich flagship lined with woods that are native to Bavaria and collaborated with Stephan Jaklitsch on Marc Jacobs’ retail interiors, placing flat white leather furniture on raw, dark-wood floors.

More than any furniture maker, Liaigre’s brushed metal and neutral colors defined the look of Nineties interior design, as he helped spearhead the shift from the garish decadence of the Eighties to discretion.

“But I feel a clear evolution toward baroque,” Liaigre said. “I’m not talking about the type of decoration [Jacques] Garcia did for the Costes [hotel in Paris]. It’s more working with more ornate forms. That doesn’t mean it can’t be made modern.”

Liaigre is not alone in this sentiment, as Garcia recently was responsible for the decor of Spice Market, Jean-Georges Vongerichten’s new Meatpacking District restaurant in New York where barely a surface is left untouched. Similarly, recent designer retail openings show a trend away from Calvin Klein cement floors or Gucci sleekness. This is evident in Matthew Williamson’s new store in London, which is filled with colorful walls and floral prints, and the Garrard salon in New York’s SoHo neighborhood that is designed to look like an English drawing room, complete with a portrait of the Queen.

As the soft-spoken Liaigre celebrates the release of the first book on his work this spring, the recently published “Maison” from Thames & Hudson, he is entering a new phase of his personal life, noting that, in five years, he plans to retire. Reflecting on his career, which has included private projects for Klein, Kenzo Takada, Valentino, Karl Lagerfeld and Rupert Murdoch, in addition to the hotels and stores, he said his approach can best be described as “modern but always balanced with comfort.”

“I prefer working for private clients,” he said. “With hotels, there’s always a businessman involved. They bring some vague scientific equation to the project, limiting what you can and can’t do.

“Designing a house is about expressing personality. It’s not about showing off. It’s not about me being in the forefront. It’s about functionality and showing that the world can be a beautiful place. It’s like when I build a sofa: I first think about taking a nap and then how a woman would look beautiful sitting on it.”

Though the “Liaigre style” has become easily identifiable and knocked off or watered down by many, the book illustrates that the designer is hardly a one-note sort. His projects range from Murdoch’s gigantic SoHo loft to an 18th-century Bavarian farmhouse he designed for Strenesse designer Gabriele Strehle while working on the company’s Munich store.

“I literally turned the house inside out,” he said. “At the beginning, it was crumbling, but the wood was so beautiful that we decided to turn it inside and make it that point of departure.”

A house on Spain’s Galician coast for Xavier Dominguez, whose brother is Spanish fashion designer Adolfo Dominguez, was his first to be built from the ground up. Its soaring windows and geometrically composed courtyard show a flair for architectural volume. Liaigre insists on being called a decorator, not an architect or designer, but he continues to build homes. At present, he is working on a vacation house for François Nars on the tropical island of Bora Bora.

“I’m particularly attracted to island architecture,” he said. “It must have something to do with my growing up on the Atlantic Coast. I’m addicted to the sea.”

For his own retirement, he has bought a plot of land on St. Bart’s.

“I can’t wait for a little tranquility,” he said, “and to have the water at my feet.”