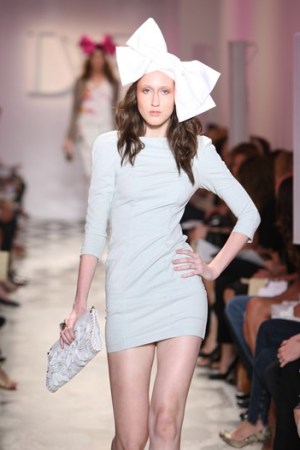 Pat Cleveland played muse to designers ranging from Halston to Stephen Burrows during her time as a top model in the Seventies. And while Cleveland might not be walking the runways or partying at Studio 54 any longer, her daughter Anna van Ravenstein has become something of a familiar face in the industry, especially this resort season, where she’s been spotted sashaying à la Mom for Zac Posen, Diane von Furstenberg and Carolina Herrera.

These sightings understandably led WWD’s editors down memory lane, to the days when the senior Cleveland was a nightlife fixture and strutting superpower. In addition to photos from Cleveland’s heyday, we uncovered images from Chanel’s fall 2003 show in Paris, in which both mother and very young daughter took to the Kaiser’s runway and shared a heart-warming moment in the (fake) snow.