Seven installations by a mix of artists and designers are on display at the Manifattura Tabacchi, a former tobacco factory being redeveloped in the west of Florence.

A view of Linda Loppa's night walk in Florence.

FLORENCE, Italy – Early birds for the Pitti Uomo fair in Florence were treated to a preview of a night walk curated by fashion educator Linda Loppa. The tour encompasses installations by seven artists and designers in a disused building on the site of Manifattura Tabacchi, a former tobacco factory here.

Titled “If I Could, Unless We,” the project, which wraps on June 14, reflects on the fine line between fashion and art. Messages about over-consumption figured repeatedly, and displays range from images of Bernhard Willhelm’s basketball-themed fall 2019 collection to a series of haunting black-and-white videos by Lara Torres depicting skimpily clad humans in disintegrating clothes. Bart Hess, Armando Chant, Moses Hamborg, Clemens Thornquist and Senjan Jansen are the other participants. 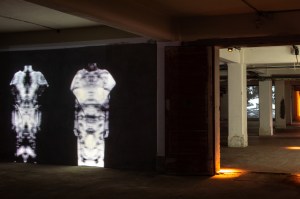 A view of a work by Armando Chant.  Courtesy

“It’s a walk, a promenade, an experience. It’s about the creative industries that work in fashion… photography, videos, sound, writing, the methodologies of design. I was happy I could use those raw spaces as a free platform,” said Loppa, who even handed over the contents of her iPhone to screen at the show. This “diary of emotions,” mainly videos of fashion memories, was captured during a recent stint living in Paris.

With its impressive Italian rationalist architecture, the Manifattura Tabacchi complex, which border’s Cascine Park – Florence’s lung – is being redeveloped into a mixed-use destination by Aermont, a London-based firm focused on real estate and real estate-related investment activities across Europe.

A program of temporary events will kick off on June 21 at the sprawling site, which is expected to be completed by 2023. It will house the third building of the Polimoda International Institute of Fashion Design & Marketing school – set to open later this year – as well as a contemporary art space.

“It’s a project that should bring people together, a creative environment that’s about culture,” said Loppa. The former director of the fashion department Antwerp Royal Academy of Fine Arts is now based in Florence, having first moved to the city in 2007 to join Polimoda as director. She still works for the school on a consulting basis. 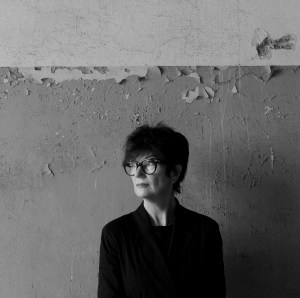 Giovanni Manfredi, managing director of Aermont, said that the aim is to transform the complex into a “contemporary city center” dedicated to creativity and craft.

“Florence’s historic center is incredibly beautiful. When you walk around, you feel history at every step, so it’s difficult in the city to be free, to do something irreverent and fresh. Maybe because of that, underneath the surface in Florence – but I think it’s true throughout Italy – there’s an energy that’s a bit repressed,” he said. “People really have a thirst for something new, something contemporary. I think what we’re trying to do here – and Linda’s exhibition is a little taste of that – is really to unlock it.”