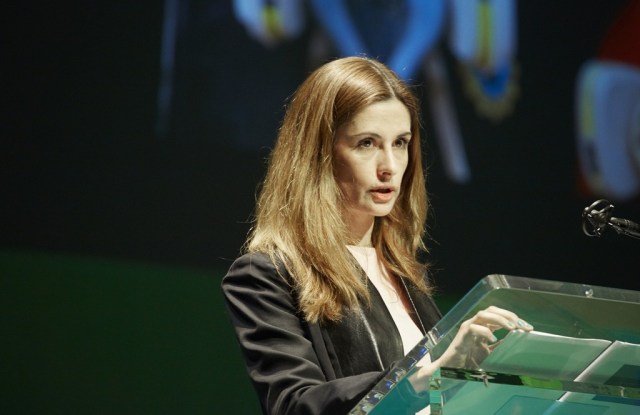 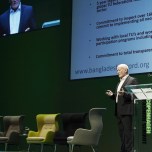 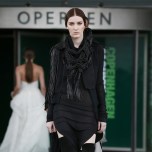 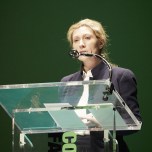 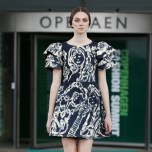 COPENHAGEN — Putting a human face on the real cost of cheap clothes is the fastest route to a more a sustainable industry, attendees at the third edition of the Copenhagen Fashion Summit were told here.

Citing high-street retailers as key to cracking the sustainability conundrum, Firth berated them for a slovenly approach to basic human rights through the inhumane speed, bulk and price at which garments are produced. She challenged the industry to prove we can have “this big, cheap cake and eat it.”

Consumers have become adept at “[divorcing] the clothes we buy from the fact that living, breathing people make them,” meaning the key to change lies in “reconnection and recognition that the supply chain is comprised of real people,” she said.

Held on the first anniversary of the Rana Plaza disaster in Bangladesh, the summit had executives agreeing that the tragedy awakened the collective consciousness of the industry and that businesses now need to look at the ways in which they operate on a human level to incite change.

Alan Roberts, executive director of international operations for the Bangladesh Accord, a legally binding commitment from 166 brands across 25 countries to inspect and improve safety standards in factories in Bangladesh, confirmed this need for humanization.

“By placing the workers on center stage, the root of the problem will be tackled,” he said.

Highlighting the role of transparency in solving the problems at hand, Roberts said the accord would make the “industry own up to its problems and commit to resolve them.”

Consumer-awareness tactics for conscious consumption are also considered key. Addressing delegates via a video message, Stella McCartney presented the “no-brainer” Clevercare.info, a labeling initiative driven by H&M, Stella McCartney and Ginetex and designed to educate consumers on responsible clothing care. “Clothes last longer if you wash them less and care for them more,” she said.

Meanwhile, the new online initiative “Restart Fashion: Five Easy Steps to Sustainability,” unveiled by summit host and cofounder of Human Needs Project, Connie Nielsen, provides designers with the resources to incite and commit to change through conscious decision-making in the design and production processes.

The initiative is backed by Not Just A Label and NICE (Nordic Initiative, Clean and Ethical) and will be rolled out to NJAL’s 15,000 emerging fashion collective and the global design community later this year.

With the pursuit of sustainability being not just a responsibility but also an opportunity, Daveu said, “There is no other option but to be responsible, accountable and ethical. And to become truly sustainable, we need to become entrepreneurs and innovators.”

H&M’s head of sustainability Helena Helmersson cited growing consumer demand for ethical fashion as a catalyst for change, and highlighted the retail giant’s green efforts through recycling programs. “Fashion is sustainable and sustainability is fashionable,” she said, adding that sustainability is the added value that makes a difference.

Speaking at the event, Jason Kibbey, executive director of the Sustainable Apparel Coalition, advocated the Higg Index, a global standard that holistically measures and manages all social and environmental impact areas of footwear and apparel, to provide a road map for collective improvement and an achievable common vision, raising consciousness through transparency. Though, he added, it is “folly to claim we know what it takes to fix sustainability. It’s an evolutionary process.”

Attended by more than 1,000 people, the event featured a sustainable fashion runway show.