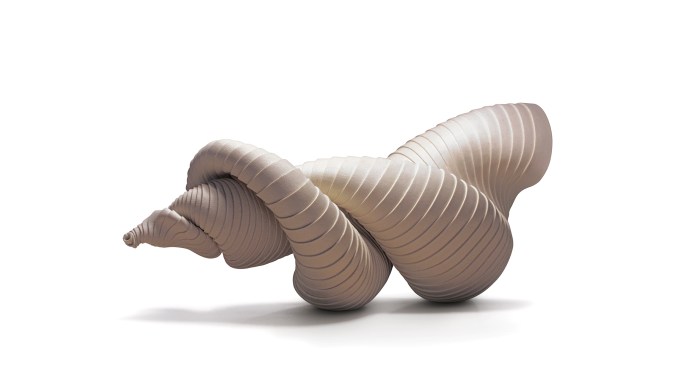 PARIS — The second edition of the Loewe Craft Prize is set to cement its reputation as a magnet for the most avant-garde work in the field, with creations ranging from a blown glass sphere more than one meter wide to a ceramic bowl covered in red Ferrari car paint.

The brainchild of Loewe creative director Jonathan Anderson, the prize run by the Loewe Foundation drew close to 1,900 submissions from more than 75 countries.

Loewe on Thursday named the 30 finalists, and the winner — to be revealed on May 3 — will walk away with 50,000 euros. The list includes entries from as far afield as Japan, South Korea, China, Russia, Singapore, Chile, the U.S., Poland and the U.K., among others.

“The level has gone up, in terms of the types of people applying, ranging from amazing new people who you’ve never heard of, who are making things that are just fantastic, to incredibly well-known names,” said Anderson, noting the presence of established artists like Jennifer Lee and Takuro Kuwata, who both specialize in ceramics.

While the number of submissions is down by about half from the first edition, the designer sees this as a positive development. “It’s interesting that the level of people that maybe didn’t apply last year, we have now got,” he said. “It’s starting to refine itself, which I think is a really good sign for the prize itself.”

A collector of everything from modern art to ceramics, fabric, glass, silverware and woodwork, Anderson has made the prize into an integral part of his vision for Loewe, which is controlled by LVMH Moët Hennessy Louis Vuitton.

“I do see Loewe as a crafts brand. We have amazing craftspeople who we really pride ourselves on. We’ve spent a lot of time developing that and for me, it’s just something which is fundamental,” he said, noting that the Spanish house began as a collective of artisans in 1846.

The Loewe Foundation has acquired works by last year’s winner, German wood sculptor Ernst Gamperl, and Anderson tapped Anne Low, one of the finalists, to design an installation using linen for the runway show for his signature fashion house, J.W. Anderson, staged at the Pitti Uomo trade fair last June.

Another collaboration with Low, for Loewe this time, should see the light later this year. Anderson has also worked regularly with Sarah Flynn, another finalist from the first edition, on projects including an exhibition at the Loewe store during Art Basel Miami Beach.

“The whole point of this is support, it’s not just only about money,” said Anderson, who regularly showcases work in Loewe stores and at the brand’s runway shows in Paris.

Finalists of the 2018 edition, who range in age from 26 to 76, include Japanese artist Arko, who created a wall hanging from bunched rice straw, and France’s Simone Pheulpin, who made a sculptural piece by patiently layering cotton strips reclaimed from car tires.

Also in the running is Joe Hogan, whose wicker baskets, woven around a central core of reclaimed fallen wood, helped inspire Anderson to create the prize in the first place.

They were selected by a panel of 11 experts gathered in Madrid. “This year, the judging was harder than prior years, with the standard of applicants impressively high across every category,” Anatxu Zabalbeascoa, chairwoman of the Loewe Craft Prize jury, said in a statement.

“Our chosen works reflect an almost alchemical manipulation of each medium’s possibilities and reward those who have mastered traditional skills in order to transform them for the contemporary age,” she added.

The works will now come under scrutiny from Anderson and his jury, which includes authorities such as Rosy Greenlees, president of the World Crafts Council; furniture and product designer Toshiyuki Kita; Deyan Sudjic, director of the Design Museum in London, and Patricia Urquiola, architect and industrial designer.

The winning work and all shortlisted entries will feature in an exhibition at the Design Museum in London, set to run from May 4 to June 17, and an accompanying catalogue. The winner will be unveiled at the opening event of the show.