For its holiday deliveries, Loft is putting its money on cozy pieces and ample color. 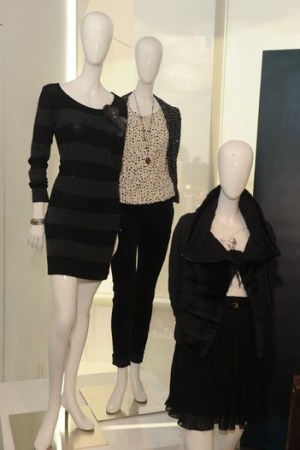 For its holiday deliveries, Loft is putting its money on cozy pieces and ample color. At its presentation on Tuesday at the Glass House, brights, tone-on-tone corduroys and chunky knits made up the first portion of the season, which wound up in neutral territory with an Alpine lodge moment stocked with bundled looks for the city and slopes. Throughout, a major emphasis was placed on fake fur, weather booties, slippers and vests.