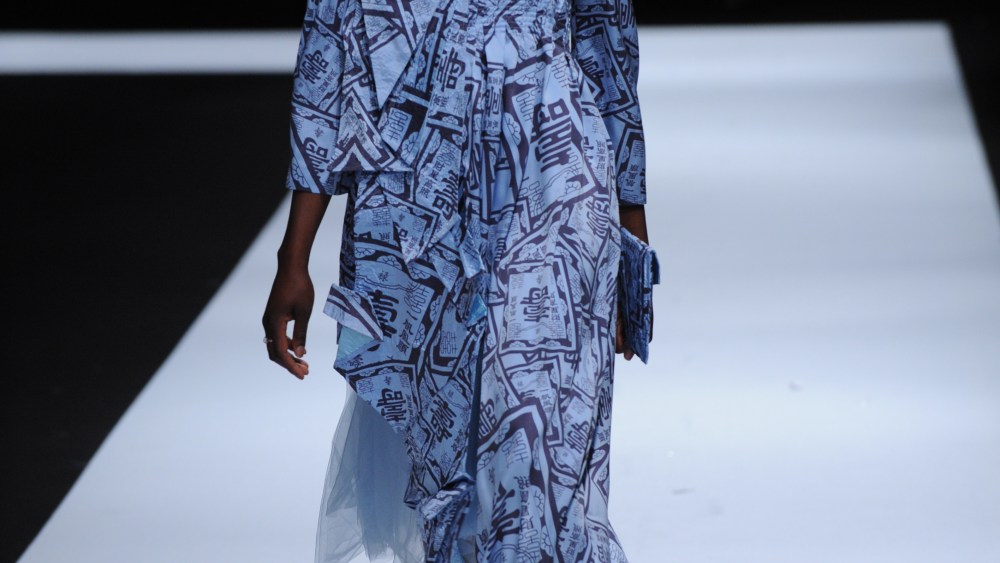 LONDON — Ahead of the summer holidays, hundreds of London College of Fashion students paraded styles ranging from the deconstructed and apocalyptic to the folkloric in the school’s largest graduate showcase yet.

Some 431 students from BA and Diploma courses presented their designs in a show space next to LCF’s new East London campus, which will open in 2022. The new site, East Bank, will join the college’s six locations under one roof.

On Thursday night, 58 students presented pieces from their graduate collections.

On Friday, every student in the graduating class was able to show one or two looks. Given the sheer volume of exits, the presentation was chaotic.

Anushka Patel from BA Fashion Textiles Embroidery showed off her technicolor draping, followed by Juo-yu Wang from Graduate Diploma Fashion Design Technology with a folkloric take on a dress-and-tuxedo hybrid.

Graduate Gloria Yu from the BA Fashion Pattern Cutting course showed a series of draped looks. Yu said she was inspired by “the collective unconscious and the origami technique called the ‘impossible illusion.’”

There was also a series of experimental looks such as a pair of trousers resembling a decaying flower by graduate Nusrat Hossain from BA Fashion Pattern Cutting. Next came psychedelic, printed oversized track suit tops by Imran Uppal, a graduate from BA Fashion Design and Development.