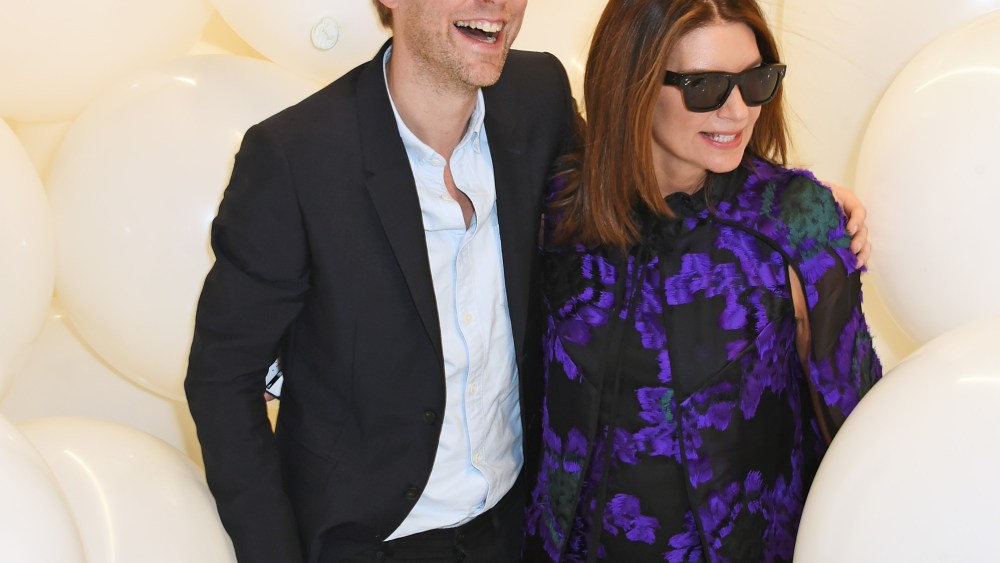 LONDON — As New York’s fashion industry awaits the study from Boston Consulting Group about the viability of consumer shows, London designers are already tearing down the old ways of doing business.

And what better time for challenging the status quo than the 40th anniversary of that great British movement, Punk?

London Fashion Week starts today and in many ways this show season marks the end of an era: As of September, Burberry will begin selling its collection in-store minutes after the runway show ends. Giles Deacon has quit the London schedule altogether and will show during Paris Couture in July, aiming to narrow the gap between runway and delivery. Tom Ford, whose business is based in London, will also, like Burberry, shift to a see-now, buy-now business model as of September.

The latest company to make a change is Mulberry. The brand’s new creative director Johnny Coca will stage his first show on Sunday and it will include parts of his pre-collection. The collection will begin dropping in stores in April, weeks — rather than months — after it appears on the runway.

Mulberry made a deliberate decision not to publicize Coca’s fall 2016 pre-collection, both to keep the designer’s first efforts under wraps for as long as possible and to experiment with closing the gap between show time and deliveries.

“We won’t be in store with just two pieces — we’ll have thousands and thousands of pieces,” said Thierry Andretta, chief executive officer of Mulberry, adding the move will short-circuit the production of cheap high-street copies, allow retailers to sell original designs at full price and give customers quicker access to new products.

Mulberry asked retail buyers to sign confidentiality agreements before they saw the pre-collections, and magazines have just started to shoot the pieces.

Andretta said it made sense for companies such as Mulberry, which is positioning itself as an accessible luxury brand, to make the changes. He added that very high-end, expensive brands are not as susceptible to high-street knockoffs because of the time, labor and expense involved in their creations.

“I think everyone has to adapt their way of working and communicating. It was something we were really thinking about — and we didn’t want to wait,” he said.

Mulberry was also in a position to make the changes quickly. It owns its own leather goods factories in Somerset, England, and has just inked a licensing deal with Onward Luxury Group in Italy to manufacture and codistribute its ready-to-wear and footwear collections.

Caroline Rush, ceo of the British Fashion Council, said more designers and brands are set to make similar changes in the way they do business.

“It’s not something that will be happening overnight because everybody has got to figure out how it works for them and for their business model. Of course, those businesses that control their own distribution channels, like Burberry, have more control and opportunity in taking the lead on this,” she said.

“We’ve had quite a lot of conversations with different sizes and styles of businesses that are thinking about a similar thing, but they’re figuring out when they can get all the moving parts in place for making that happen. We can confidently say that while Burberry was the first to make an announcement, there are actually other announcements in the pipeline,” said Rush.

The BFC has taken the shows to the consumer for years: London was the first fashion city to start live-streaming shows in 2009, and this season some 35 million people across the U.K. are set to watch LFW-related content on 60 outside screens in collaboration with Ocean Outdoor.

“From the outset of my time as chairman we have been championing opening up our world and sharing the experience — so many designers have supported that vision. Burberry’s recent news shines such a strong light on our leadership in this field,” said Natalie Massenet, chairman of the BFC, earlier this week.

Two million visitors alone are expected to watch the shows on the Curve screen in Piccadilly Circus over the five-day period while LFW sponsor Sunglass Hut will be broadcasting content into more than 3,000 of its stores worldwide and at Heathrow Terminal 5.

As reported, the BFC will once again stage London Fashion Weekend two days after the runway shows end. The ticketed event for the public will take place at the Saatchi Gallery near Sloane Square from Feb. 25 to 28, with runway shows by Emilia Wickstead, Holly Fulton, Mary Katrantzou and Temperley London. Members of the public will also be able to buy directly from designers — including a mix of samples, previous and current season stock.

While the changes in London — and other cities — are happening at a rapid pace, a maelstrom of questions is swirling, including where the move toward in-season collections leaves high street retailers, many of which have built lucrative businesses peddling runway trends at knockdown prices.

Some say the high street chains will need to conjure some new formulas of their own if more brands speed up their deliveries like Burberry and Mulberry.

“Brands are now looking to make sales after their shows, so designers will likely look to design broader, more varied ranges in order to have a better chance of capturing consumers’ attention,” said Hedley Aylott, cofounder and ceo of Summit, an online retail specialist.

“If fast fashion becomes the ‘go-to’ for luxury brands, the original fast turnaround brands, like Asos, may need to become more creative in what they can offer.”

Asked if River Island felt threatened by the shifts in timing that fashion designers and brands are making, she said absolutely not.

“We work to our trends a year in advance, and the high street is influenced by lots of factors and sources of inspiration, such as street culture. We’ll have four or five trends running in store at one time and it’s very rare that what appears on the catwalk is the be-all and end-all of a season’s offer. We have 90 designers on our team and we pride ourselves on the products we create,” she said.

Almost all of the brand’s products are designed in-house and it has one of the largest design teams on the high street. River Island has 350 stores across the U.K., Ireland, Asia, the Middle East and Europe as well as six online sites operating in four currencies.

Roscop said the bigger issue is how, going forward, organizations like the BFC and the Council of Fashion Designers of America will support the younger, smaller brands that want to change but that cannot rely on their own retail networks or vertical production.

One example is Christopher Raeburn, an independent designer who makes his collections in the U.K., sourcing fabrics from the country’s mills and recycling and upcycling textiles.

“London challenges — that’s what we do — and that is what fashion is expected to do. Change is always good,” he said during a preview ahead of his fall collection, which this season has been done in cooperation with Woolmark.

Raeburn said it’s not realistic for him to make any changes to his production or delivery cycle this season.

“We’re about product development and we don’t want to jeopardize our quality or our craft. We have to think through what’s going to work for us — of all of the different business models that are out there. The important thing is to be brave.”