From Balkan gypsies and Balinese textiles to hot Havana and Seventies Honolulu, London designers took inspiration from all around the globe for their spring collections. 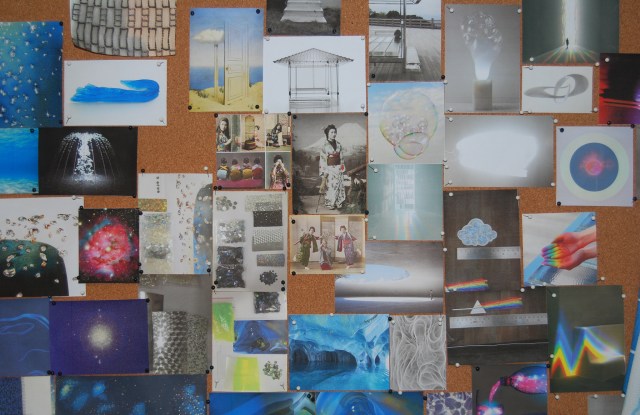 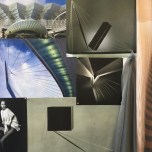 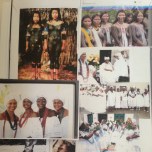 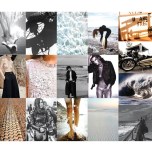 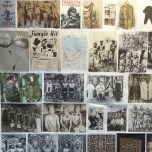 LONDON — From Balkan gypsies and Balinese textiles to hot Havana and Seventies Honolulu, designers took inspiration from all around the globe.

This story first appeared in the September 17, 2015 issue of WWD. Subscribe Today.

“Balkan gypsies and the magical realism portrayed in Kusturica’s ‘Time of the Gypsies’ — a film that demonstrates the traditional Romani culture, but also explores the influence of Eighties pop culture and its ability to permeate even the most isolated of cultures. This collection explores the juxtaposition between tradition and imposing modernity, and the dialogue between them.”

“The color is crisp, the clothes are casual. A graphic simplicity of one color set against black or white. Swiss cotton shirting, opaque but fine and papery to the touch. Cool Irish linens from sheer to closely woven ‘linen denim.’ The waist is emphasized with oversize trousers secured with an English bridle leather belt. Skirts are shorter and also focus on the waist, with a gentle A-line silhouette. Refined but sporty, the clothes are teamed with athletic sandals and white canvas shoes for a youthful spirit.”

“I have taken a journey through the incredible island of Bali. I have been inspired by the intricate Indonesian textiles and paintings and the breathtaking natural beauty. The collection is bold and graphic with opulent embellishments and vibrant Balinese-inspired colors.”

“The Vivienne Westwood woman’s travels and experiences take her from bohemian creativity in the European artist’s studio to glamorous deconstruction after finding herself shipwrecked on a verdant desert island. Textures range from embellished crystals to printed ticking and canvas, and include summer-weight tapestry and laser-cut cotton.”

“Inspired by Havana, the collection is colorful, light, relaxed — youthful but elegant. An all-encompassing wardrobe that moves seamlessly from day to evening. Alive, soulful and animated.”

“This season, I wanted to work the collection around a person/muse that is close to me, and someone who I have worked with for a long time. The collection is a natural follow-up to the resort collection, which was based on the comic strip ‘Ghostworld,’ but we have added some more complex pieces to this season. So far, it looks fun.”

“The collection takes inspiration from repeating motifs in nature. We started looking at organic fractal and geometric patterns, and there was this amazing sense of contradiction. We tend to think of nature as something soft and slightly haphazard, but the order and strict geometry of these repeating patterns offered a completely new viewpoint that we wanted to explore. This juxtaposition can be seen in the collection’s feminine, fluid fabrics and soft silhouettes that are emblazoned with strong graphic patterns and interlocking hardware.”

“While pre-spring drew inspiration from the convergence of the biker and surfer communities gathering at the Wheels & Waves festival in Biarritz, France, this collection focuses on the ideals that these two cultures share: Adventure, speed and spontaneity, and in particular the concepts of freedom, raw power and beauty, with the sea as an enduring backdrop.”

“It is the 25th anniversary celebration of the effortless, empowering chic of the Amanda Wakeley brand. The graphic architectural structures of Santiago Calatrava inspire fabric, technique and silhouette…the look is contemporary and crafted and will allow our multitalented, multitasking woman to feel sexy, polished and comfortable, regardless of occasion or context.”

“The tale of a safari jungle tribe, lost by way of Seventies Honolulu and told through the psychedelic eyes of a Hunter S. Thompson novel.”

“The female explorer: Brave, intrepid, inquisitive and resourceful. It brings together the artisanal and the technical to create one of our most experimental collections to date.”

“However distant
The wandering navigator
Who could ever forget you?”

“I explored the intricate and delicate nature of botanical imagery and the contrasts that are found in the structural graphic work of artist Sean Scully.”

“The essence is discovering beauty in unexpected environments like a desert in bloom.”

“I’m looking at performative femininity and intricate cutting, juxtaposing old or dated techniques to create something new. I have designed the collection in classic neutral tones with sparks of bold color and incorporated pretty textures, like lace, that contrast with an unexpected design icon, like a wrestler, to create a unique yet wearable look. I want to show that edgier looks can be worn in a very soft, feminine way for a tougher, contemporary sophistication.”

“This season is inspired by a newfound freedom of spirit, bringing a more relaxed confidence that has allowed further design development. That is reflected in a new, voluminous silhouette with a reference to the Seventies young generation, ‘fighting for their right for independence.’”

“We were fascinated with Nanette Newman in ‘The Stepford Wives,’ Slim Aarons and amusement park vacations in West-Coast California.”

“The collection is equal parts evolution and revolution to the themes, shapes and textures I have been working on over the last two seasons.”

“In the first ‘Sex and the City’ movie, Miranda Hobbes complained the only two choices for women are witch and sex kitten, and so I want to offer other playful alternatives. The collection is loosely based on Valentine’s Day with a hint of other festivities, fancy dress and flirty/fetish outfits. It’s sexy but tongue-in-cheek.”

“Composition and proportion of color.”

“We began by discussing Nathan Peter’s artwork, the way he dissects his canvas as a means of examining and distilling the materials he works with.”