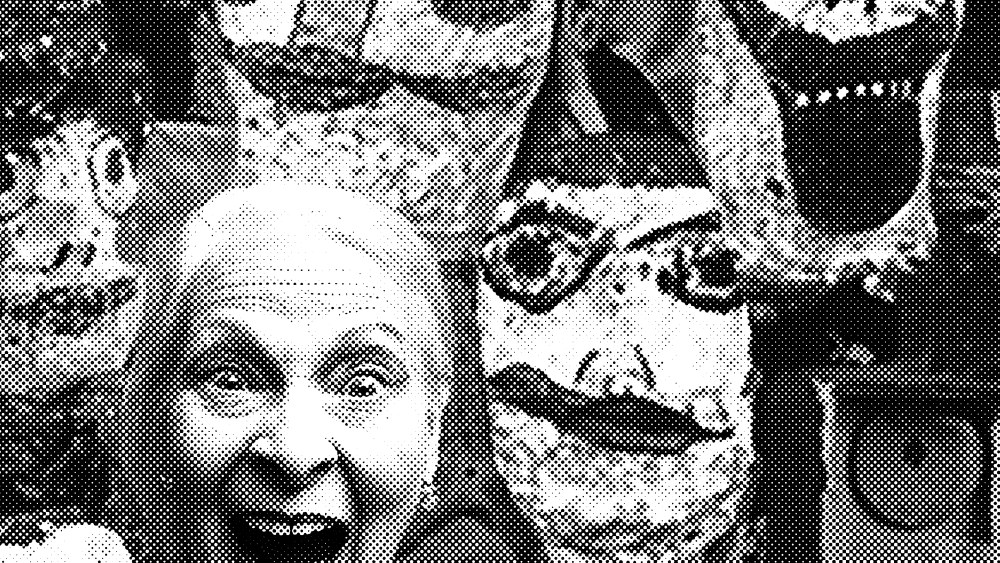 London’s men’s wear designers are going back to their roots, looking for inspiration close to home as they prep for their fall shows.

Similarly, Mark Thomas is focusing on evolving the wardrobe of the Joseph man and filling it with “luxury essentials,” while up-and-comer Phoebe English has been drawing inspiration from the men among her family and friends and the ways they use their clothes.

The arts are another inexhaustible source of inspiration for British designers. Vivienne Westwood, who is making her inaugural entrance on the London men’s wear calendar with a co-ed show, has been looking at “art, craft and theater,” while Patrick Grant was inspired by British documentary photographer Peter Mitchell and his visual records of scarecrows, for his latest range for E. Tautz.

Here, London designers share their inspirations and exclusive sketches with WWD, ahead of the shows, which begin Friday.

“This autumn/winter ’17 season, Belstaff showcases our rich military heritage with a Naval + Submariner collection. The Jolly Roger collection is a celebration of the historic sailor culture in London’s rugged docklands. This is juxtaposed with a more casual and free-spirited dockland look, taking inspiration from naval tattoos and the Jolly Roger flag, which gives a sense of rebellion and individuality.” — Delphine Ninous, creative collection director, Belstaff

“In 2016, I discovered Peter Mitchell’s Scarecrows, a photographic record of the scarecrows in the countryside around the city of Leeds, a project that Peter began over 40 years ago in 1974. The result is a sort of sprezzatura insouciance, an in-your-face nonchalance about the way they dress. They look relaxed. They wear tweeds or anoraks, or fleeces, often hats. Some are slightly sinister, some look drunk, some look strangely kind. And we love them. So for fall 2018 we’ve assembled a collection that we hope pays homage to these unsung British stylistic heroes.” — Patrick Grant, designer, E. Tautz

“We have continued in the same spirit as the last few seasons, focusing less on a ‘theme’ and more on the complete identity of the Joseph man. The collection is a steady evolution of his wardrobe, a sharpening of luxury essentials. Attention is placed on a new proportion — longer, details, military and fabrics — outdoorsy and rural in texture. The palette is largely neutral mixed with jarring in-between tones and in odd combinations; an off-kilter approach to make iconic pieces unique.” — Mark Thomas, head of men’s wear, Joseph

“The men’s wear is inspired by the men that I know and how they use their clothes. The shapes are inspired by how these particular people dress, it is rooted in conversing with these men and trialing the fit of our pieces and our fabric choices with them directly.” — Phoebe English

“The collection references ‘fear itself” and references modern-day images of fear in popular press.” — Matthew Miller

“This season we started with the Chinese symbol for ‘shame,’ which is essentially a combination of the symbols for ‘beauty’ and ‘ugly,’ which led us to look into the line between conscious and unconscious shame and how it manifests itself in different contexts.” — Ximon Lee

“We feel that there seems to be a real rejection of globalization/broadening of minds and cross-cultural references on a mass level, and there is a feeling that this is reflected within the ever-evolving idea — and decline therein — of community. Believing that the world is a much better place when cultures, communities, and nations work together in tangent, it is our intention to visualize this message, with the ambition of showing that we are always better together.” — Agape Mdumulla and Sam Cotton, designers, Agi & Sam