A crop of emerging talents is joining the London Fashion Week schedule, while some more established names are launching new projects. 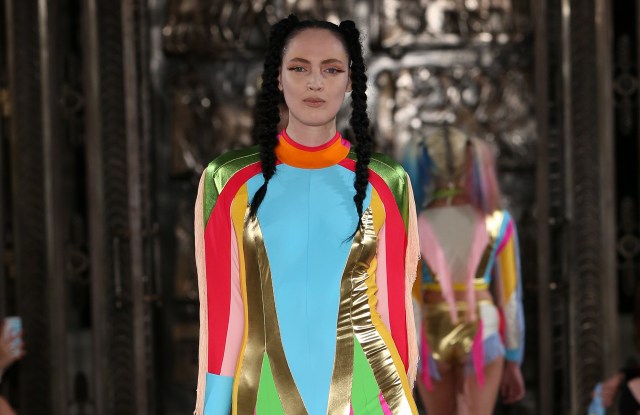 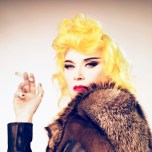 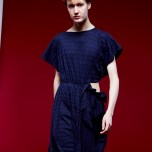 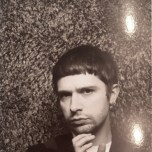 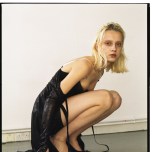 To say that Harry Evans has seen two extremes of the fashion landscape would be an understatement. Evans, who has his BA and MA from Central Saint Martins and launched his label earlier this year, put in time at the ultra-edgy and now-defunct Meadham Kirchhoff brand and at Céline.

“I probably couldn’t have picked two more different places to work,” Evans said. “Working at Meadham Kirchhoff was amazing. I don’t know if a brand like that will ever exist again. I’m really lucky to have worked somewhere with so much originality and a lot of what they were doing was practically couture.

“Céline was a totally different experience, quite a culture shock — especially the scale of the company. I’ve always loved Céline, but it’s so different from my aesthetic. It was an amazing opportunity to see behind the scenes of such a respected brand and work in a totally different way.”

The designer, who also consulted on knitwear for Grace Wales Bonner’s first season, describes his aesthetic as very personal — and ever-evolving. “I think I’m more drawn to things with a richness, a bit of a glamour and a bit of humor,” Evans said.

For spring, the designer will be working more with woven fabrics as his range has been very knit or jersey based until now. “I’ve also really indulged my love for bad taste — I really wanted to make something fun, with fabrics and colors that excite me, but that I think most people might find it a bit gross.”

Evans will show his collection as a part of Fashion East from 12:30 p.m. to 2:30 p.m. on Monday at the Topshop Showspace.

Born and raised in Hampshire, England, Charlotte Knowles got her BA at London College of Fashion and her MA at Central Saint Martins before launching her label earlier this year.

The designer describes her woman as effortless and strong-minded, and said her signature aesthetic is tied to cultural commentary with inherent sensuality.

“I’m endlessly inspired by women around me,” Knowles said. “Be this via film, real life, social media — and more specifically, the way women want to be perceived. I’m interested in the very specific elements of culture that are associated with ‘the struggle’ of femininity. These ideas end up taking many forms, but some of the main tropes of my collections are unexpected finishings, layering and minimalism.”

Before launching the collection Knowles interned at Alexander McQueen, Gareth Pugh and Acne Studios and has worked at Helmut Lang. “From Gareth Pugh I learned mostly about garment construction and 3-D design; hand and machine sewing and pattern cutting,” Knowles said.

“At Acne Studios I was given free rein and encouraged to experiment, contributing to the design of pieces in the collection, which was really exciting. I really love the way the team works together and designs, it’s very free and playful. It has really influenced the way I design and work now.”

“Last season our ‘girl’ was slightly confined to the bedroom,” Knowles said. “This season we’re taking her outside. It feels really real to me, which is exciting. The work’s matured. I wanted to explore the idea of glamorous holiday destinations, like L.A., which are so sensationalized on Instagram — and explore a bit of the fakery and bleakness underneath.”

She was working on the team creating the uniform for Team GB — which were designed by Stella McCartney at the 2012 London Olympic and Paralympics closing ceremony, and interned at Alexander McQueen and Christopher Kane.

The designer describes her aesthetic as “another definition of feminine,” and is known for her conceptual take on a modern silhouette. “Every season is new challenge and new steps for us,” Huang said. “The collection will be quite different from what the brand was from the beginning.”

Her collection is sold at Dover Street Market, Harvey Nichols and Farfetch.com, with prices ranging from 200 pounds for a wallet to 2,000 pounds for a leather jacket. Huang will present her range from 11:30 a.m. to 1:30 p.m. on Sept. 19.

Footwear designer Alexander White, who will be doing his first on-schedule presentation, said his approach this season is all about mixed media, with lots of laser cutting and embellishments. “I’m particularly excited about the print we have developed and printed onto metallic leather.”

White launched his label in 2014 and while it may be his first time on the schedule, that hasn’t stopped him from already amassing a celebrity following that includes Emma Watson, Kylie Jenner, Carey Mulligan, Alicia Vikander and Anna Kendrick. Among White’s bestsellers are the Eloise and Issey ruffle mules and the Brianna embroidered court shoe.

His shoes, which are designed in London and produced in Italy, range in price from 250 pounds for the Eloisa slide to 695 pounds for the Jordan embroidered boots. His collection is stocked in Barneys New York, Lane Crawford and Level Shoe District.

Born in Shrewsbury, England, and raised in the Cheshire countryside, White graduated from Edinburgh University with a degree in design and applied arts. He later studied footwear at Cordwainers College in London. He honed his craft working for Erdem, Giles and Kurt Geiger, and said it was Sandra Choi, creative director of Jimmy Choo, who encouraged him to go it alone.

“I learned so much from each one,” White said. “Kurt Geiger taught me about the technical and production side of the footwear industry and also about the commercial side of the industry. At Giles I learned a lot about creative cutting and also using embellishment. Probably the most important thing I learned from Erdem was to listen to the market.”

Armed with some new ideas, the Eighties cult designer Pam Hogg — who first launched her label in 1981, and then made a comeback in 2009 — has returned to the London Fashion Week calendar after showing off-schedule with Fashion Scout.

“This is the first time I’ve been on schedule since the late Eighties, or early Nineties,” said the Glaswegian designer, who’s known for her clothing created with PVC, metal studs and Lycra-tight silhouettes.

Hogg, whose post-punk style and form-fitting catsuits have been donned by the likes of Lady Gaga, said that while her aesthetic hasn’t changed her ideas are in perpetual motion and noted that her woman is “hopefully a bit wiser.”

The title of the collection is Innocence. “I’ve been revisiting past ideas, but as life is constantly changing it brings a fresh perspective. I create within my means, as that’s all I can do until I have backing. Going forward is key.”

With a studio based in East London, Hogg sells directly via her web site. Prices start at 200 pounds for a T-shirt to 5,000 pounds for larger bespoke creation. Hogg’s runway show will take place at noon on Sept. 15 at Freemasons’ Hall.