A London Fashion Week Timeline: Survivors, Those In Transition and Newcomers

London Fashion Week has always been the birthplace of buzzy young talent fresh out of Central Saint Martins, the Royal Academy or myriad other British fashion schools. But often when the hype dies and the media moves on, a lot of young local names quietly disappear from the map. It has been the arc of British fashion for decades — boom then bust.

At times it’s difficult to track their path as brands can spring up one season and literally disappear the next. Yet there are British designers who have stood the test of time and built successful businesses over the course of decades.

Here, WWD highlights the survivors; the designers who are in transition and looking to pass the 10-year mark and take their brands to the next level, and the newcomers who are the British fashion media’s current darlings — yet the future of their businesses has yet to be determined.

Margaret Howell: Having worked successfully in both men’s wear and women’s wear for nearly four decades, Margaret Howell is a stable force in the London’s fashion scene.

With an androgynous twist and utilitarian codes, Howell’s work has timeless appeal and she’s known for her subtle quips and alterations of wardrobe staples like the trench coat, gym slips, lace-up shoes and duffle coats.

She began in the fashion world in the Seventies creating works from her home in Blackheath and since then Howell has sustained her label’s slow but steady growth over the years, with retail presences in London, Paris, Florence and Tokyo.

She views her designs as a lifestyle rather than a passing trend valuing material, finish and quality above all, solidifying her label as a firm favorite among the fashion pack. 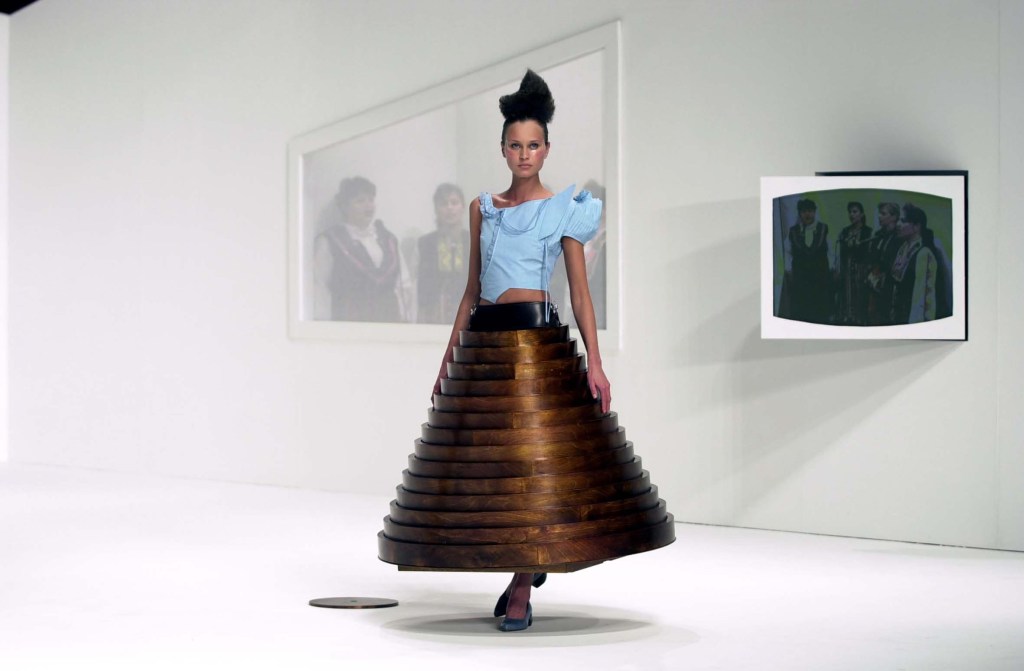 A name synonymous with London Fashion Week, Hussein Chalayan and his eponymous label have been a constant on the scene for more than 26 years.

The Turkish Cypriot-born designer showcased his first collection right after graduating from famed fashion school Central Saint Martins in 1993, embracing his knack for narrative and storytelling from Day One: He buried his finished garments, only to exhume them the day of the show in a collection titled “The Tangent Flows.”

It was this showmanship that caught the eye of Browns’ then-owner Joan Burstein who used the collection to decorate the store’s windows. Often heralded as performance rather than fashion, Chalayan’s work is an exploration of technology, architecture, the form of the body and sciences, which he interweaves with the study of cultures and anthropology.

His collections have made for some of London Fashion Week’s most memorable moments, from the spring 1998 collection that saw models in black chadors and increasingly shortening lengths to the coffee table skirt of the Aughts. 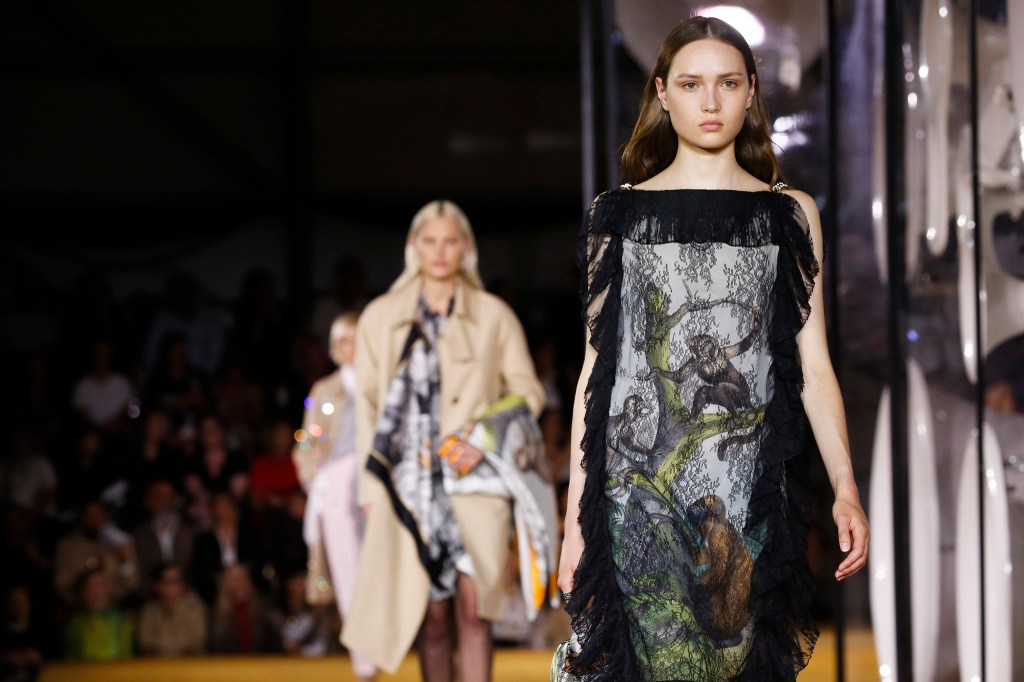 The only heritage British brand on the LFW schedule, Burberry was founded by Thomas Burberry as far back as 1856 and has had staying power for its famous check and trenchcoats. Decades later, the label is still one of London Fashion Week’s most hotly anticipated shows and has been the draw for international press and buyers to the city ever since the days of former chief executive officer Rose Marie Bravo, who remade the staid label into a hot, accessible luxury brand and eventually hired creative director Christopher Bailey.

Burberry now is embarking on a new chapter with the appointment of Marco Gobbetti as ceo and Riccardo Tisci as creative director in 2018, followed by a re-brand of the company logo in collaboration with Peter Saville that the same year. Their goal is to now turn Burberry into a global luxury brand on a par with Louis Vuitton or Prada. 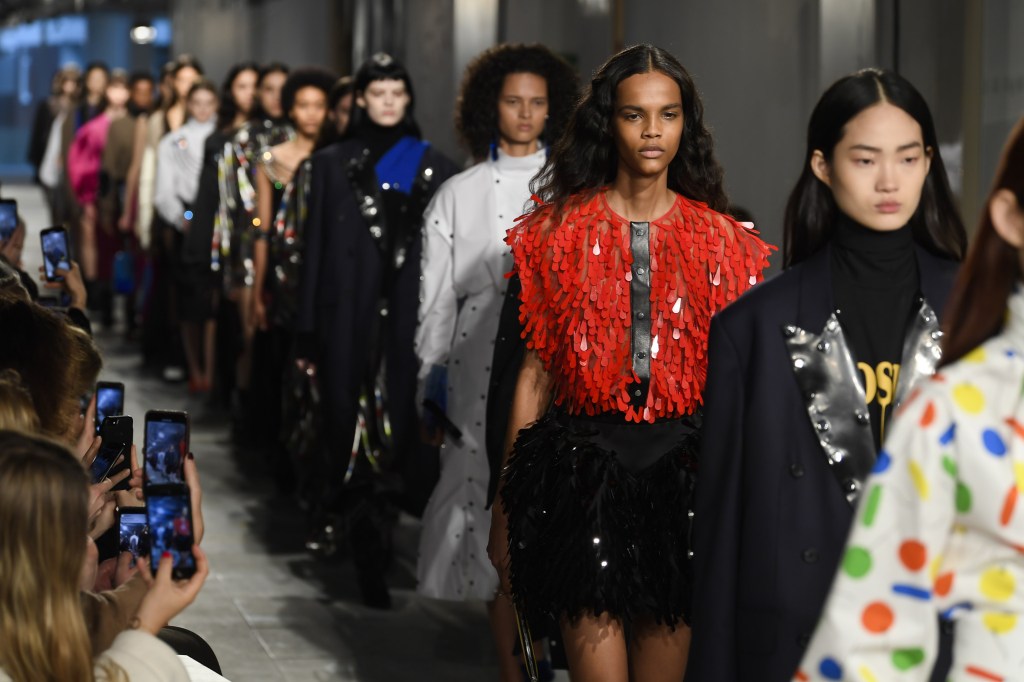 Scottish-born Christopher Kane exploded onto the fashion scene more than 10 years ago and his provocative and sex-driven signatures continue to be one of LFW’s most hotly anticipated shows every season.

Kane established his namesake brand alongside sister Tammy Kane in 2006 and presented in September of the same year, with an army of models in neon-hued bandage dresses, which surprised and delighted the fashion press at the time.

Even when his spring 2007 collection was stolen from his London studio, Kane remained undeterred and kept the show going with a range of snake skins printed on chiffons and denim to yet more rave reviews. In 2013, Kering acquired a 51 percent stake in Kane’s label, positioning him as one of the new generation’s talents to watch. However, Kering last year sold the holding back to the designer, raising questions over his long-term future.

Still, 13 years after he established his label, Kane still does not shy away from controversy, with many recent collections touching on polarizing issues and exploring themes like fetish and sex. In fact, slogan T-shirts with “More Sex” or “More Joy” emblazoned all over them, have become the brand’s unofficial motto. 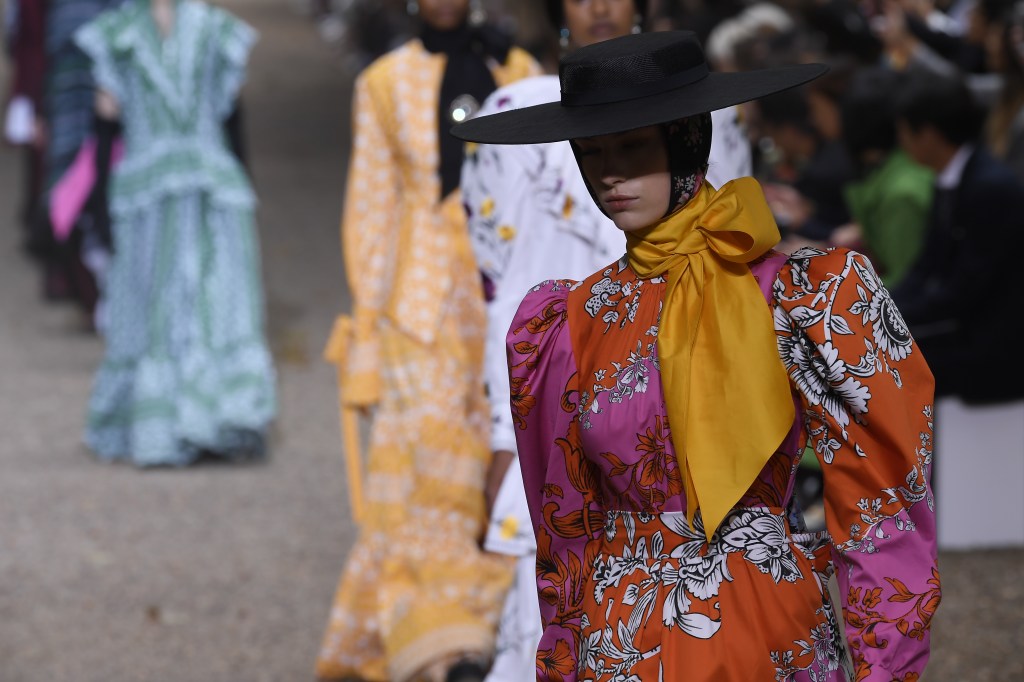 Growing up between Birmingham, England, and Montreal, Turkish-Canadian Erdem Moralioglu began his career by interning under Vivienne Westwood after moving to London in 2000.

After working in New York for Diane von Furstenberg, Moralioglu moved back to London to open his own label in 2005, becoming known for his flair for romance and all things floral.

His red carpet-worthy gowns and feminine floral dresses quickly gained Erdem a loyal customer following, including the Duchess of Cambridge, and a wholesale network that includes 170 doors, such as Dover Street, Selfridges, Barneys New York and Bergdorf Goodman.

By the mid-2010s, Erdem had opened the doors to its flagship in London’s Mayfair, and launched an e-commerce platform. Since then, Moralioglu’s business has remained stable and helped add a more refined offer to London’s eccentric scene.

Northern Irish designer Jonathan Anderson launched his label JW Anderson in 2008, showing at London Fashion Week the very same year. He has picked up many accolades since then, including the Emerging Talent award at the 2012 British Fashion Awards, followed by Men’s Wear Designer of the Year in 2014 and most recently Women’s Wear Designer of the Year in 2018.

He is known for his modernist take to design and has also been building a thriving accessories business, with many “It” bags already under his belt.

Anderson is almost universally touted as one of London’s brightest young fashion stars and he now also has a global profile as creative director of LVMH Moët Hennessy Louis Vuitton-owned Loewe, with regular speculation that he might one day take on the lead design role at one of LVMH’s megabrands. 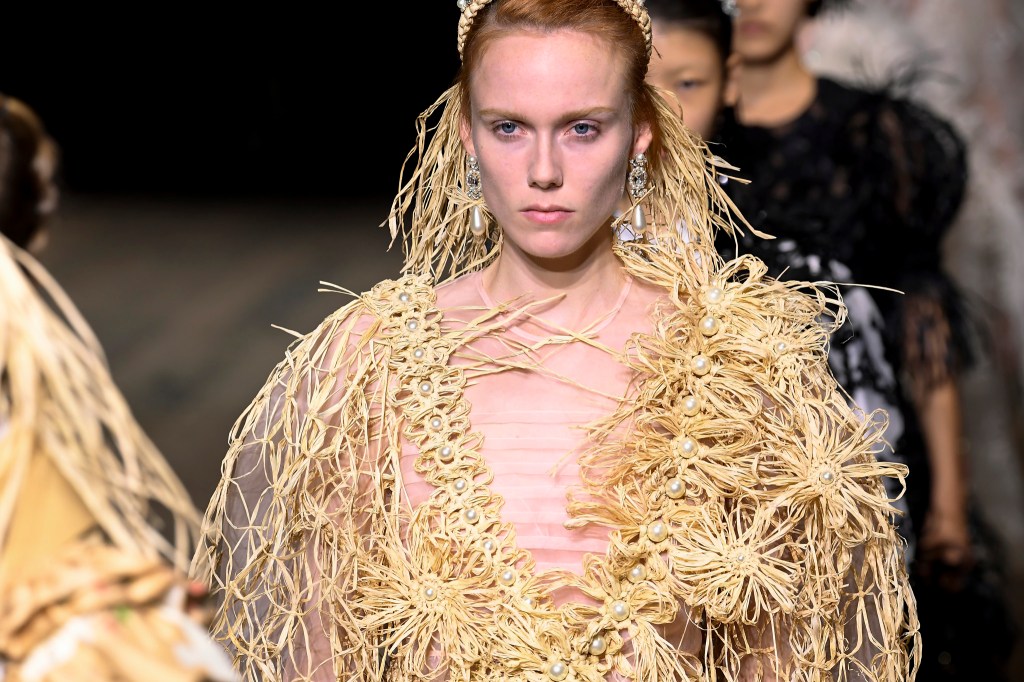 A graduate of Central Saint Martins, Simone Rocha has been a London Fashion Week staple since her debut in September 2010.

Known for her feminine silhouettes and fabrications, Rocha’s work is rooted in historicism, citing Constable portraits, Tang-dynasty concubines and midcentury silhouettes as just some of the inspirations behind her past collections. 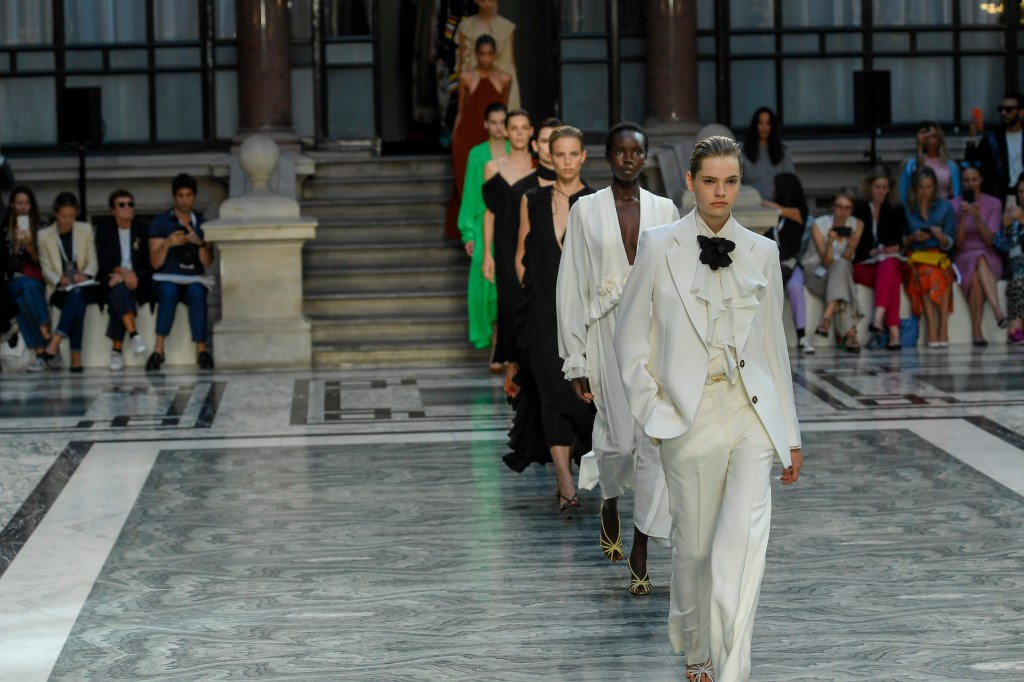 In 2008, Victoria Beckham set out to turn her polished style into a fashion label and surpassed everyone’s expectations by building a brand with a global retail presence and a diverse product offering across ready-to-wear, accessories and, from this season, her own beauty brand, too. Her clothes, which are developed in her London-based studio, are stocked in over 400 stores in 50 countries worldwide.

In 2018, Victoria Beckham revealed the appointment of Ralph Toledano as chairman following investment from NEO Investment Partners. Toledano subsequently took on the role of chief executive officer following the departure earlier this year of Paolo Riva.

After a move to show in New York, Victoria Beckham returned to the London Fashion Week schedule last September in celebration of the brand’s 10th birthday and has continued to show in the city ever since. 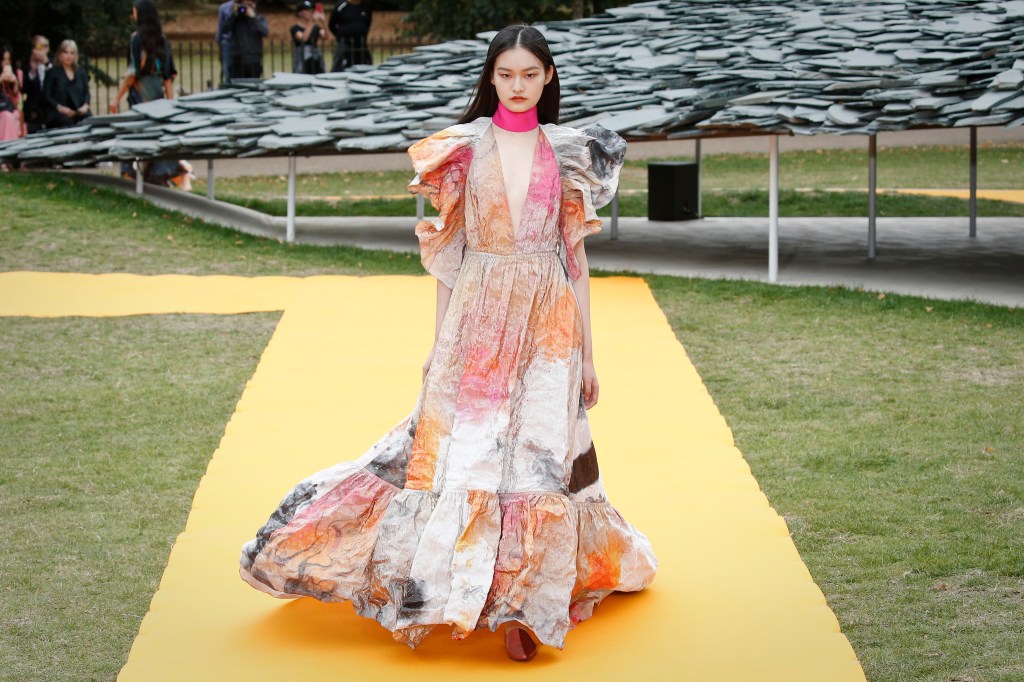 The company opened its first store in collaboration with architect David Adjaye in 2014, on London’s Mount Street, Mayfair.

A favorite for the red carpet, Roksanda has been worn by the Duchess of Cambridge, Michelle Obama, Cate Blanchett, Keira Knightley and Kristen Stewart, among others. 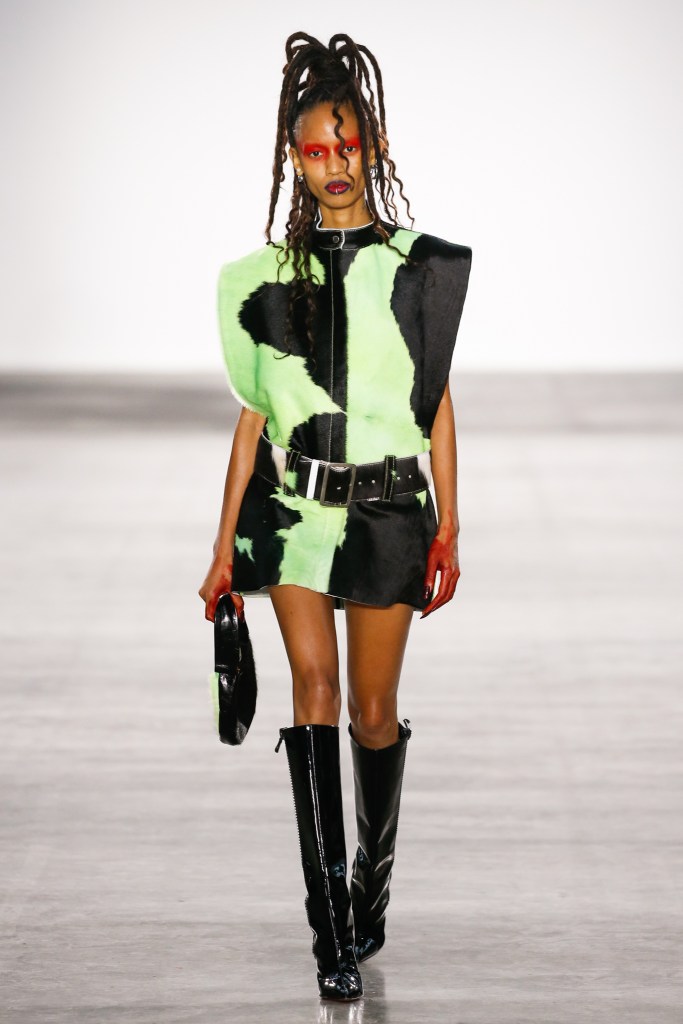 Working from her Dalston, London, flat, Nigerian Mowalola Ogunlesi was propelled straight into the spotlight. Shortly after her Central Saint Martins graduation, the young designer found herself prepping for her debut as part of the Fashion East platform, and caught the attention of e-commerce site Ssense, a hub for new design talent.

Since then she has had an upward trajectory, dressing Skepta and Dev Hynes, and working on designs for the Nigerian World Cup team in conjunction with Nike. 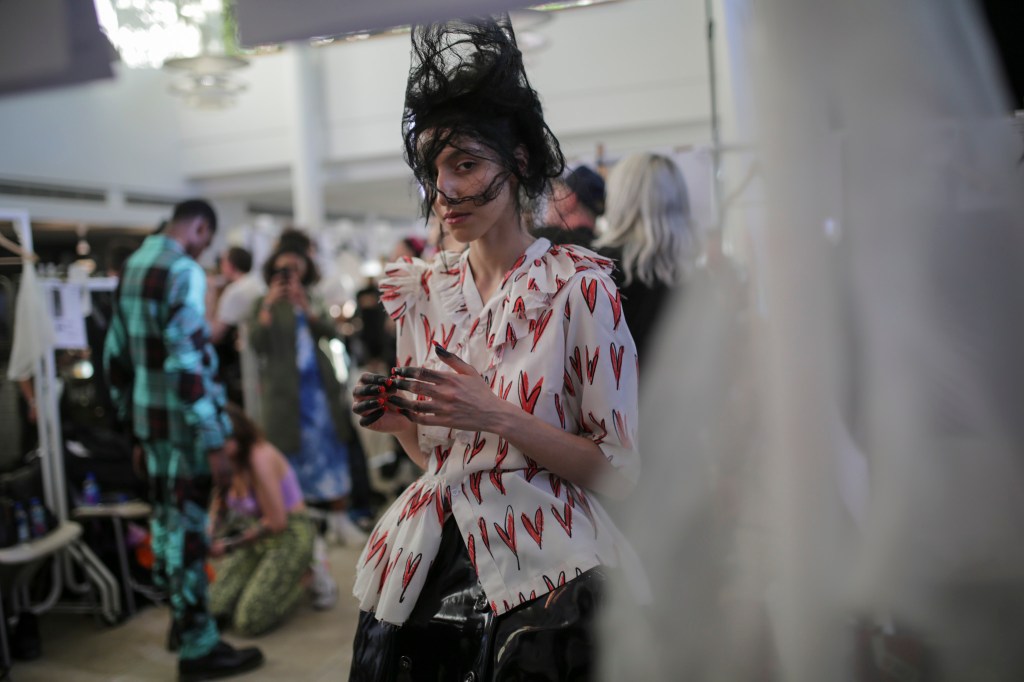 Working as an intern in the atelier of Christian Dior while studying, and graduating in 2016, Jeffrey has turned his club night Loverboy into a label that celebrates freedom of expression in all shapes and forms. This flair for freedom and eccentricity won Jeffrey the British Emerging Talent Prize at the 2017 Fashion Awards in London.

Loverboy, the club night, used to run at famed London institution VFD (Vogue Fabrics Dalston), a venue that plays host to the city’s LGBTQ+ and art-centric community, whose members all went on to become vocal supporters of Jeffrey’s fashion trajectory.

Jeffrey used the club night to fund his MA in fashion and now, three years after graduating, he is working on refining his collections and flying the inclusivity flag on a global scale at major industry get-togethers like the LVMH Prize competition, where he was a finalist in 2017 and 2018.