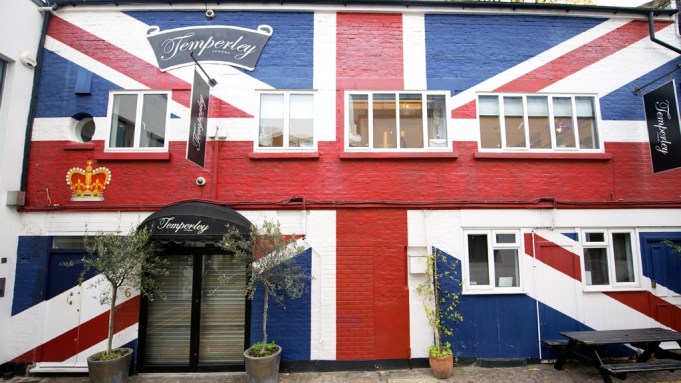 London Fashion Week, which kicks off Friday, is moving into a new age of celebrity, financial savvy, self-confidence — and sizzle — thanks to a mix of newcomers and stalwarts who are willing this city, a longtime incubator for emerging talent, to compete on an international scale.

Tom Ford is set to present his first on-schedule show since he bid goodbye to the runway in 2004 after leaving Gucci Group, while American designer L’Wren Scott, who lives and works in London, has chosen to show in the city for the first time after previous outings in Paris and New York.

London Fashion Week stalwart Christopher Kane, meanwhile, is bringing some front-row heavyweights with him to Monday’s show: François-Henri Pinault, chief executive officer of PPR, and Donatella Versace, with whom Kane collaborated on the Versus collection until last year.

Earlier this year Kane sold a 51 percent stake in his company to PPR, parent of brands including Gucci, McQueen, Stella McCartney, and Bottega Veneta, becoming the first of his generation to break into a major luxury group.

“I am very excited about the show,” Kane said. “Our new relationship with PPR gives us a huge opportunity to take what we do to a much bigger global audience from London. With their help we are looking forward to an incredibly exciting future.”

Natalie Massenet, founder and executive chairman of the Net-a-porter Group, last month took over as chairman of the British Fashion Council. She brings with her a fierce focus, business smarts and a large book of contacts that she’s determined to use to boost the city’s design talent.

“There is no better fashion capital in the world when it comes to consistent creativity,” said Massenet. “London offers designers who show here a halo of creativity, flair and the very best new ideas.”

She stressed that fashion is for life — not just four weeks a year.

“The British fashion industry operates 365 days a year across the world, and we intend to capitalize on its creativity,” she said. “We are at a crucial tipping point thanks to a perfect storm of talent working both here and abroad. This talent has consistently been the calling card of British designers, and with the unprecedented reach to a global consumer — thanks to the Internet — this is driving demand, and therefore sales, globally for both British designer brands and for the global labels of which they are at the helm.”

She’s been in the job only since Jan. 1, but Massenet has already helped to attract private sector experts — from the digital, tech, investment and retail worlds — who are ready to contribute their time and talent to the BFC. In the coming weeks, the BFC will reveal that a big-name player from the digital world will begin a collaboration with them — boosting British fashion’s online presence.

This season, according to the BFC, the number of major buyers in attendance will be up 18 percent year-on-year, while a large number of U.S. stores will attend. The list includes Neiman Marcus, Saks Fifth Avenue, Barneys New York, Bergdorf Goodman and Bloomingdale’s.

Earlier this year, for the first time, Prime Minister David Cameron threw his weight behind the industry, pumping up industry figures during a speech at Number 10 Downing Street. The speech and cocktail kicked off the January edition of London Collections: Men, the new stand-alone fashion showcase for men’s wear launched by the BFC last year.

“Fashion is not just some sort of accessory, you’re not an add-on,” he told industry figures including Ford, Tommy Hilfiger, Richard James and Jonathan Saunders. The ultraenthusiastic Cameron also told his audience that he wants to see more high-end goods manufactured in Britain as part an overall strategy to “reindustrialize” the country. “You have my 100 percent support, so just go for it!”

Cameron was taking a cue from his wife, Samantha Cameron, who has been a BFC ambassador since 2010, and who has been hosting her own cocktail parties at Number 10, together with the BFC. The next one will take place Friday night, with designers, buyers and press in attendance. Samantha Cameron knows the fashion crowd well since she remains creative consultant to the British luxury brand Smythson in addition to her duties as Britain’s First Lady.

True, London fashion has witnessed golden moments before, most recently during the mid-Nineties when designers such as Alexander McQueen, Hussein Chalayan, Antonio Berardi, Stella McCartney, Julien Macdonald and Matthew Williamson rose to prominence. But those designers eventually quit London and decamped to Paris, Milan or New York — where the money, buyers and international press were. London gradually faded again into its perennial role: an interesting stopover on the calendar if there was time to see the latest crop of designers trained by the city’s famed fashion schools, and to visit the innovative retail concepts that seemed to spring up all over the city like mushrooms.

This time around, designers are increasingly staying put in a town that is attracting more money, international attention and more major names than ever before thanks in large part to the groundwork laid down by the BFC over the past few years.

Ford has said his decision to show both his men’s and women’s collections in London was a natural one. “I’ve had a house here since 1997, my design studio is here and I love London. In many ways it’s my home. A lot of [my decision] was personal,” he said.

In addition, by the end of this year, Ford will have 93 stand-alone stores and shops-in-shop, including an 8,000-square-foot unit on Sloane Street due to open in the second half. “So we need to be doing a proper women’s wear show. We’re committed to London for the near term, and as long as we can attract the press we need, we’ll stay here. Ultimately, that will be the test,” he said.

Scott, who in past seasons has shown and presented in New York and Paris, said she always goes to the beat of her own drummer when it comes to picking a city.

“I really wanted to show in London this time. It’s where I create, the team is here, and it feels like the right time, especially as we build and expand the business in Europe. The city itself is full of excitement and is far more important internationally than people give it credit for,” she said, adding that she does her print and fabric development, embroidery work and tailoring in the U.K.

Even London Fashion Week veterans are getting renewed attention of late, especially on the financial front.
Over the past six months —and well before Kane’s deal with PPR — two London Fashion Week fixtures secured funding for their labels with an eye to further international expansion.

In September Amanda Wakeley, the brand known for its bridal collections, long silk dresses, coats and suits favored by the Duchess of Cambridge, secured “significant” financial investment from private equity firm AGC Equity Partners, following the restructuring of the business.

The funds are being used to develop the company as a luxury lifestyle brand. Luxury goods management veteran Sagra Maceira de Rosen is working with Wakeley, who launched the label in 1990, and who serves as creative director.

In August, Mayhoola for Investments took a minority stake in Anya Hindmarch in a deal valuing the business at 70 million pounds, or $110 million. Mayhoola, a vehicle backed by a private investor group from the Qatari monarchy, is the same company that acquired Valentino Fashion Group in July.

Over the next four years Hindmarch, who founded the company 25 years ago, plans to upgrade the business, fine-tune the brand positioning, and boost the geographical reach together with ceo James McArthur.