Zenaida Yanowsky as the Red Queen, and artists of the Royal Ballet in the production of "Alice's Adventures in Wonderland."

LONDON — Victoria & Albert Museum reopened for business on Wednesday, setting the stage for two major exhibitions, “Alice: Curiouser and Curiouser” and “Epic Iran,” which bringing a dose of fantasy and rich culture, respectively, to lockdown weary crowds who’ve been starved of both.

The “Bags: Inside Out” exhibition, which was postponed multiple times due to COVID-19 and opened to the public briefly last December, has now reopened, showcasing Jane Birkin’s original Hermès Birkin bag, a Launer tote that belonged to Margaret Thatcher and the Fendi baguette from “Sex and the City” that kickstarted the “It” bag phenomenon of the ’90s. 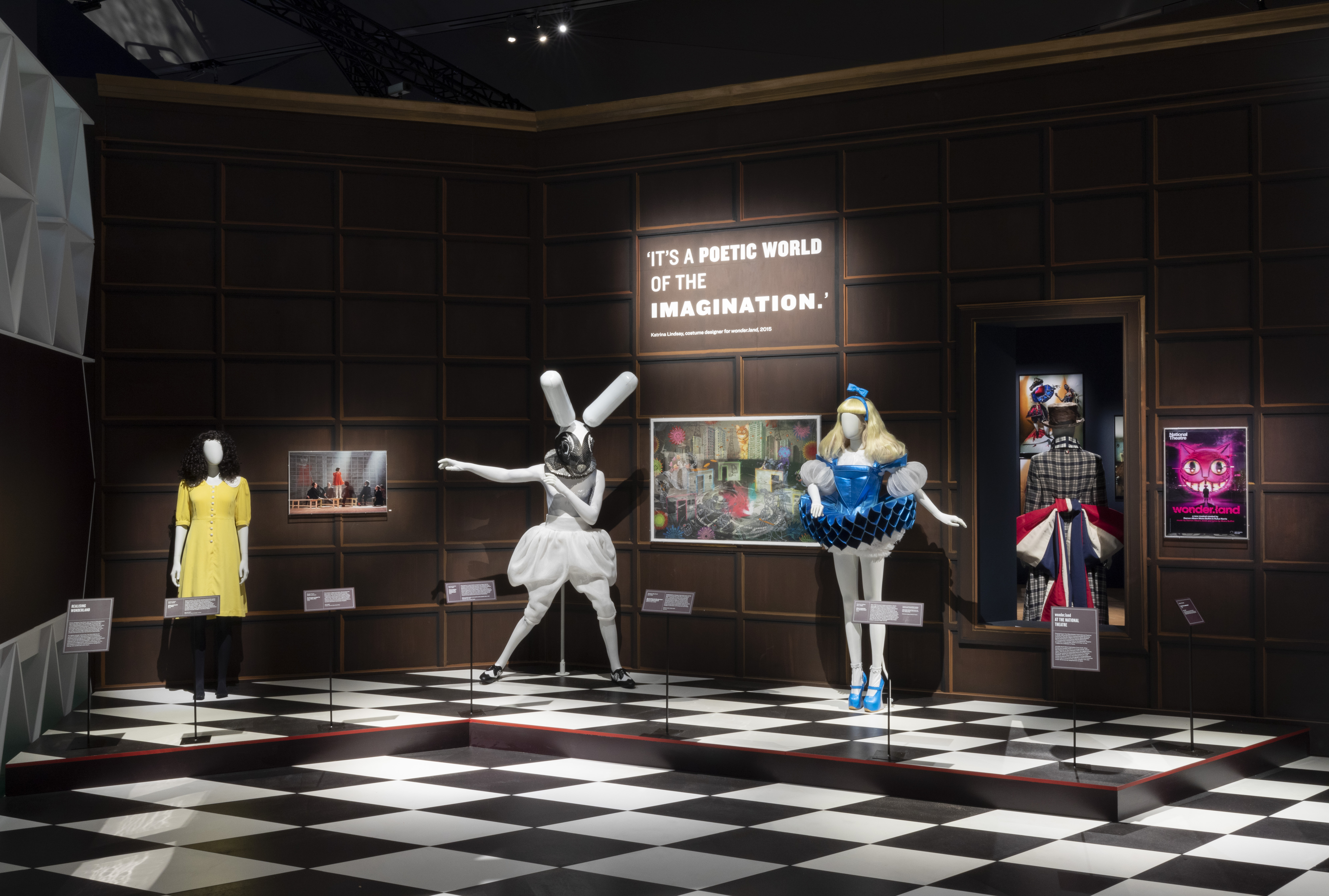 Fashion on display at “Alice: Curiouser and Curiouser” at the Victoria & Albert Museum.  Courtesy

Set to open to the public Saturday, the interactive and mind-bending exhibition “Alice: Curiouser and Curiouser” explores the cultural impact of Lewis Carroll’s “Alice in Wonderland” over the past 158 years. There are more than 300 objects from the realms of film, performance, fashion, art, music and photography on display.

They include Carroll’s handwritten manuscript, illustrations by artists including Salvador Dalí and Yayoi Kusama and artwork from Walt Disney’s 1951 film adaptation.

Images from the 2018 Pirelli Calendar by Tim Walker, who re-created Carroll’s tale with an all-Black cast, including RuPaul Charles, Naomi Campbell, P Diddy and Adwoa Aboah, is also featured. 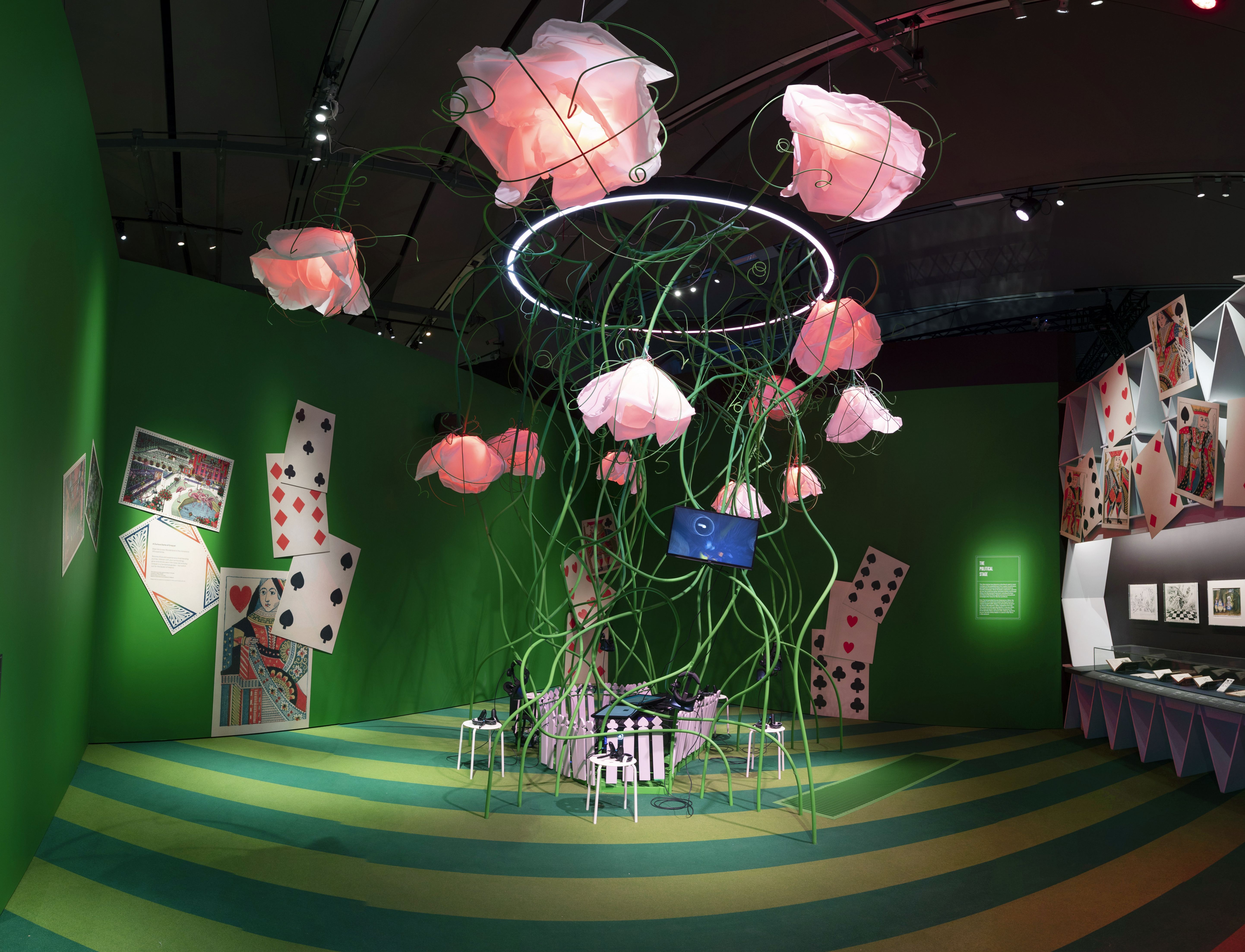 The viewers can play a virtual reality game at “Alice: Curiouser and Curiouser” at the Victoria & Albert Museum.  Peter Kelleher/ Courtesy

The exhibition also offers a virtual reality experience. By wearing an HTC VIVE headset under a giant floral installation, members of the audience can enter “A Curious Game of Croquet,” produced by immersive games studio Preloaded, based on works created by Icelandic artist Kristjana S. Williams. A rich, accompanying coffee table book, also titled “Alice: Curiouser and Curiouser,” was published by the V&A and features Williams’ illustrations as well.

Kate Bailey, senior curator of theater and performance at the V&A, said: “Alice encourages us all to question, to learn, to explore and to dream. Discovering why she’s an endless source of inspiration for some of the world’s most creative minds has been an extraordinary adventure, even taking the museum into a new dimension of virtual reality for the first time.” 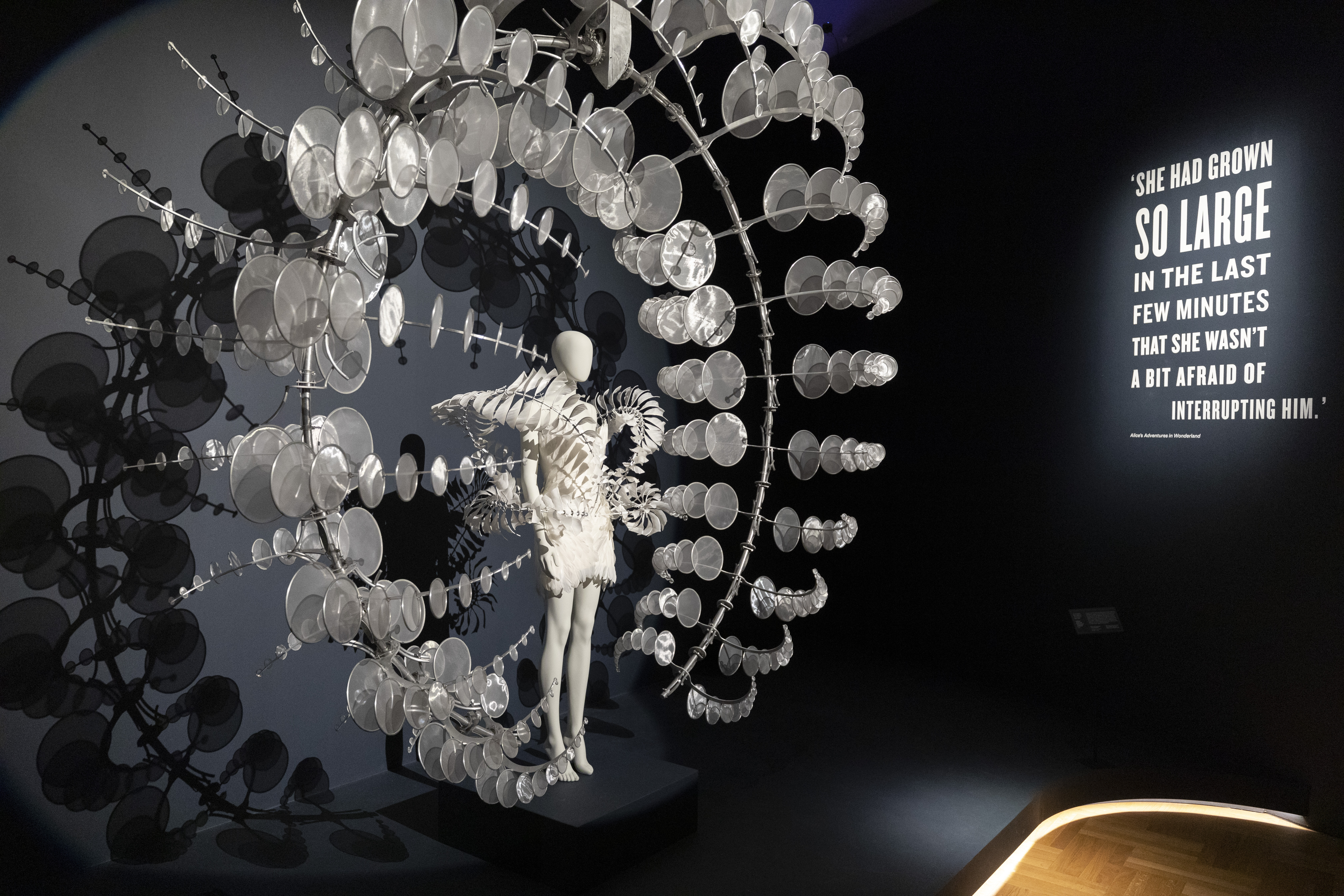 Fashion on display at “Alice: Curiouser and Curiouser” at the Victoria & Albert Museum.  Peter Kelleher/ Courtesy

“Epic Iran,” which is due to open later this month, will be the first U.K. exhibition in 90 years to explore more than 5,000 years of Persian culture. The V&A said the show aims to provide insight into a culture often seen through a different lens in the mainstream media.

The V&A’s director Tristram Hunt said the show’s goal is to “unite the ancient and Islamic study of Iran — often seen as two separate disciplines — alongside a powerful modern and contemporary section, allowing the Iranian people’s artistic achievements across millennia to be considered in their entirety.”

A number of new, free-to-visit displays besides the above mentioned have also landed at the museum’s permanent collection, including the ruby-encrusted Peony Brooch by the contemporary jeweler Cindy Chao in the William and Judith Bollinger Gallery.

The gallery is also home to The Heneage Jewel that belonged to Queen Elizabeth I; diamonds from Catherine the Great of Russia, and the emeralds given by Napoleon Bonaparte to his adopted daughter.

Chao said the piece was created over the course of a decade for one of her oldest clients as “an embodiment of prosperity of life and rich love” for family and friends.

She said in an interview that when she was first commissioned by the client to transform an heirloom ruby necklace into a new piece, “I initially started creating a simple pair of ruby earrings.”

But Chao’s client later suffered an unexpected period of extreme ill health, and when Chao saw her again, “she looked exhausted as if she had just returned from a battlefield. This shocking image impressed me tremendously,” she said. 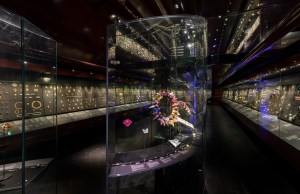 “After that day, I felt the earrings no longer did justice to such a critical turning point in her life, because she literally just escaped from death. I was determined to bring her a superlative piece after her miraculous recovery,” she added.

Hunt described Chao’s brooch as “an exquisite and virtuoso celebration of nature’s beauty, as well as a deeply personal piece.”

“The brooch is a testament to Chao’s artistry, while the peony itself is a symbol of good fortune in Chinese tradition, and imbued with meaning for the original wearer, who, at the time, was battling a life-threatening illness,” he said.