Looking Back on Y2K

In 1999, WWD asked retailers, vendors and manufacturers how they were preparing for the phenomenon. 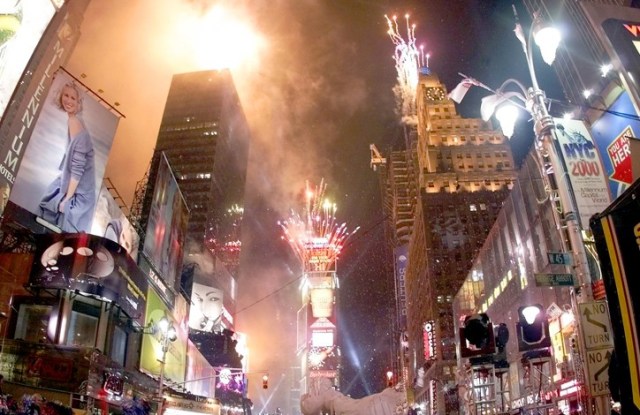 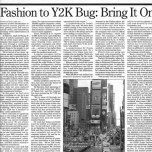 Moving from one decade to another has been risky business of late. Today it’s 2012, but in 1999 it was the Y2K bug. It was believed then that computer systems worldwide would mistake the date 01-01-00 for January 1, 1900 at midnight on New Year’s Day and shut down, causing catastrophic damage. WWD asked retailers, vendors and manufacturers of the fashion industry how they were preparing for the phenomenon. Saks Inc. spent over $20 million getting ready for Y2K. For Wal-Mart — at the time reputed to have among the most advanced systems in retailing — the price tag for reprogramming, replacement and extensive testing of software topped $27 million. But the banner investment award went to Sears Roebuck & Co., which invested $150 million dolllars to prepare for the glitch, primarily on upgrading and implementing new information systems.Vendors like Polo Ralph Lauren, Tommy Hilfiger Corp. and Donna Karan Int’l. all prepared, as well. “On Friday, we’ll take all the data on the computer and write it to a tape,” said Ed Beesley, chief operating officer and chief technology officer at Tahari Ltd. “We’ll store the tape with a security firm that has fire protection and safety vaults.” The international manufacturers like LVMH Moët Hennessy Louis Vuitton had to worry about the whole supply and manufacturing chain. “We need to be able to collect and analyze all of the information,” said Patick Giraudeau, chief information officer of LVMH. So, they set up a consolidated reporting system through which each individual company under LVMH could send updates to headquarters. “We are optimistic about our level of preparation,” Giraudeau added.

Thankfully, all was well on the first morning of the year 2000. But today there¹s an entirely different kind of threat looming on the horizon — one that has less to do with computer chips and operating systems than it does with celestial alignments and folklore. The mysterious year 2012 — during which some believe everything from violent solar flares to shifts in the Earth’s magnetic poles to the end of civilization may occur — is just around the corner. How can we possibly prepare for that? Step aside, NASA — I’m sure the fashion crowd will come up with some interesting suggestions.