The retailer unveiled its "Enchanted Forest" holiday windows at its New York flagship on Thursday night. 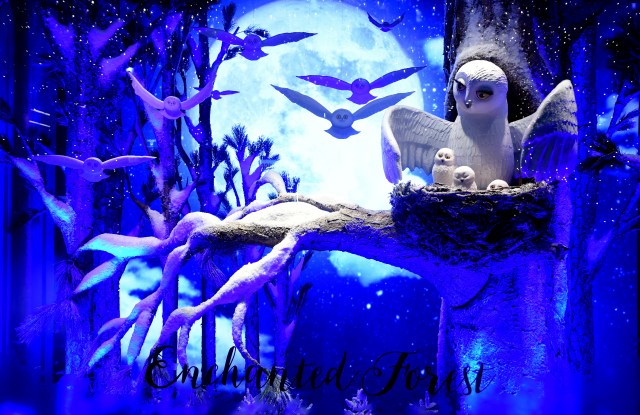 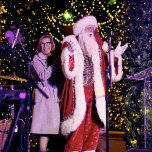 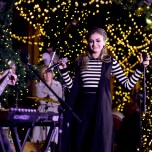 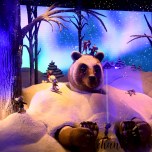 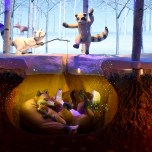 NEW YORK — Lord & Taylor turned its holiday windows up a notch this season.

At its New York flagship on Thursday night, the retailer pulled back the curtains on its 79th annual holiday display, this year embodying an “Enchanted Forest” theme. The windows flanking Fifth Avenue feature five wintry vignettes incorporating over 350-square-feet of LED walls — and a mélange of playful, animated creatures.

In one standout window, a bear sits in a pile of snow while tiny mice ride all over him on skis. Another vignette depicts a group of mischievous squirrels midsnowball fight. There are five in total — with packs of marching Canadian geese, an owl doting over her nested babies, a family of sleepy foxes — all set to life to instrumental music.

“It takes our customers on a magical journey through a winter wonderland filled with spirited holiday animals,” said Denis Frenette, senior vice president of merchandise presentation at Lord & Taylor and Hudson’s Bay Co.

The curtain unveiling was orchestrated by Liz Rodbell, Lord & Taylor and Hudson’s Bay Co. president. “Last year we had some animation and it was such a success that we created a whole new story…I think the technology and creating the interaction takes it to another level,” she said. “One of the things I love about [these windows] is that they’re warm for everyone. Every time I look at them, I smile more. We need happiness. We’re ready for some happiness.”

Rising pop star Grace Martine Tandon, better known as Daya, helped kick off the ceremony with a soulful outdoor performance against a backdrop of Christmas lights. The 18-year-old singer-songwriter performed three of her biggest hits — “Hide Away,” “Sit Still, Look Pretty” and The Chainsmokers’ song “Don’t Let Me Down,” featuring her catchy vocals — while a seated audience sipped hot chocolate. Even the event’s security guards — and a man dressed as Santa Claus, on hand to participate in photo opps — were seen bopping their heads in the background.

“It’s such a holiday tradition, so I’m excited to be a part of that,” Daya said before the show. “My debut album [‘Sit Still, Look Pretty’] just dropped a couple of weeks ago and I’m really excited because it’s the first time I have a full body of work for people to listen to, and I have my first headlining tour coming up in February where I’ll be able to play a lot of the songs live for the first time.”

The worst part about touring? “The bus — being in such tight quarters — everybody always catches each other’s sicknesses,” she said. “But the best part is performing every night, seeing my fans and seeing how excited they are, singing along to my songs.”

Many of Daya’s songs feature empowering lyrics that champion an independent spirit. “I definitely want to inspire and empower…I haven’t experienced many relationships, so I write about what I know. It’s about finding myself, being dependent on myself for my own happiness and working hard to accomplish my dreams,” she said.

All proceeds from ticket sales to the event — which featured entertainment on every floor, from photo booths to braid bars to complementary monogramming — benefited Save the Children. Lord & Taylor will make a minimum contribution of $25,000 to the organization.

“Part of having Daya here and some of the other artists we’ve had is about children,” Rodbell said. “It’s about celebrating young people and celebrating the holidays. This is a nice way to get that message out.”