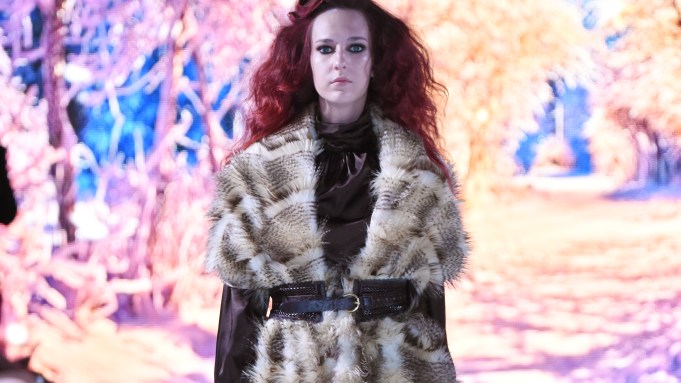 Los Angeles’ currency on the world market of cultural awareness, aka buzz, continues to reach new highs. But the performance of its fashion week has remained stagnant — both in terms of the overall quality of the lines shown and the production of the shows themselves.

The handful of presentations that took place here from March 13 to 19 didn’t accurately represent the vibrant homegrown fashion scene, one that ranges from established designers from Rodarte, Monique Lhuillier and Juan Carlos Obando to contemporary lines like Korovilas and A.L.C.

The few organizers brave enough to take on the uphill battle of improving the local runway scene managed to tighten up some things — this was the first season “fashion week” actually took place within seven days rather than the entire month — but still lack a single, unifying body to give the shows an authoritative, consistently professional presentation. In this sort of undertaking, the spirit of “individualism” and “enterprise,” so inherent to the West Coast way of life, becomes a liability. We had individual designers and presenters mounting competing and conflicting events, but with so few shows on the calendar (33 total), there’s no excuse for overlap. Shows began late (two-and-a-half hours in some cases) or, even more unforgivably, early.

Not surprisingly, the venues varied widely, from downtown’s historic Union Station (the functioning railway hub has a large room off to the side of its main entrance long enough for a full-sized runway and several rows of chairs), to a large room in Hollywood’s El Centro building that housed a smaller, more straightforward runway, to the landmark Pacific Design Center in West Hollywood’s Design District, with an outdoor runway flanked by a reflecting pool in its vast courtyard. One local line, William Bradley, elected to show at a one-off event poolside at the Mondrian Hotel’s Skybar. It was perhaps not ideal for runway photography, as there was no runway or proper lighting, but at least the atmosphere was festive. Another event to benefit AIDS charities also took place at an Armenian wedding hall/entertainment complex, where musical performances melded with group runway presentations.

Some of L.A.’s most recognizable players don’t show here because they prefer the fashion press and retailer-focused shows of New York Fashion Week (BCBG Max Azria, Jenni Kayne, Trina Turk and the aforementioned Rodarte, Lhuillier and Obando), while others eschew local runways because their product is more oriented to trade shows and showroom appointments (Guess, James Perse) or because they prefer out-of-the-box experiences (see: recently shuttered Band of Outsiders’ men’s events or parties in private homes, bars and restaurants for lines ranging from Rachel Zoe to The Elder Statesman).

Nevertheless, a handful of impressive, solid lines did mount shows, ranging from men’s streetwear to women’s eveningwear. Both categories, along with sportswear, represent a significant genre for Los Angeles, whose sartorial tastes seem to swing regularly from ultracasual cool (hence the overused “California lifestyle brand” to describe a label) to sparkly evening (women here seem to be red-carpet-ready at all times).

In addition to strong L.A.-based collections such as William Bradley and Dena Burton, there were several visitors from abroad, representing Europe and Asia. Most of these designers, well-established in their own countries, can afford to mount second shows in the U.S. as part of a plan to break into American retail markets. For example, Marcelo Quadros, who has been designing Carnival-appropriate eveningwear in Rio de Janeiro for five years, showed his beautifully crafted, slinky looks in the City of Angels for a second time. And Shanghai-based advanced contemporary/young designer Helen Lee made her Los Angeles debut as part of a strategy to land her fall collection in top boutiques and specialty department stores.

Lee’s experience here sums up both the good and the bad of Los Angeles Fashion Week. Her strong collection was presented at the Pacific Design Center on a beautiful runway with a stunning backdrop (the PDC’s modern glass red, blue and green buildings complemented her red, blue and white collection perfectly). But, due to scheduling snafus and bad overall planning on the part of the show producers, her photographers weren’t able to get into position on the runway riser in time, nor did her staff have time to place programs and look books on each guest’s seat.

While the designer remained positive, noting good audience feedback and press reaction, she was frustrated by the lack of organization. “I’m used to producing my own shows or showing as part of very well-organized events. Not being from here, I had to work with others to help me produce this show, but I’ve learned a lot for next time. I plan show here again, but I’ll do my own event, like what I do now in China.”

Still, Lee said she’s glad she chose to launch in Los Angeles because “in case things go wrong here [as they did], it’s easier to fix them rather than when all eyes are on you in New York.”

“I’ve always been a fan of L.A. for its culture [and] the nearness to celebrities and stylists,” she added. As the gap between celebrity consumer-friendly shows and fashion-press-focused presentations continues to narrow, Lee’s experience underscores the inevitable friction caused by catering to differing needs for differing audiences. But it looks like Lee, and others around the world, had better get used to it. The mixed messages of Los Angeles Fashion Week 2016 might simply be a harbinger of things to come.