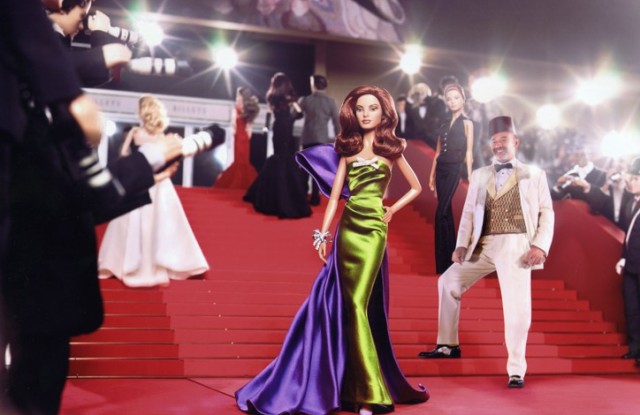 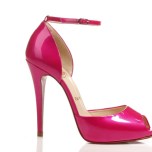 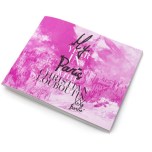 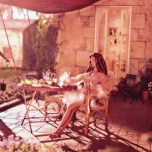 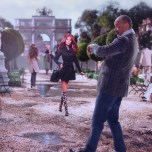 In her 50 years, Barbie managed to accumulate 1 billion pairs of shoes. When it came to picking her next pair, the iconic doll wanted to go to one of the hottest shoe designers around, so she chose Christian Louboutin.

Mattel, the maker of Barbie, has partnered with Louboutin for a multifaceted program under which the shoe designer will serve as a yearlong godfather to Barbie, not just rethinking her fashion wardrobe and physical attributes, but also art directing her in different lifelike situations.

This story first appeared in the October 16, 2009 issue of WWD. Subscribe Today.

The project includes the Barbie-pink, red-soled Louboutin shoes that premiered in Barbie’s birthday runway show during New York Fashion Week in February, a Barbie doll and accessories collection customized by the designer and a diary filled with images of Louboutin and Barbie as they explore the cobbler’s favorite things.

“Barbie has a long history of working with various designers and artists who use Barbie as a muse,” said Stephanie Cota, senior vice president of marketing of Barbie brands at Mattel. “It was a natural for Barbie, not only with her fashion heritage, but also because of her passion for shoes. She has a billion shoes and we needed to do something special for her shoe collection.”

Louboutin knew there were certain changes he wanted to make to his three customized dolls, which are inspired by Nefertiti and Marilyn Monroe.

“She needed great shoes, a thinner ankle and, to me, as I’m obsessed with feet, a foot more curved,” the designer said.

His views on Barbie’s ankles, expressed through a spokeswoman in a WWD Fashion Scoop on Monday, caused something of a media and blogosphere frenzy. Clarifying his point, Louboutin said he was thinking of the technical aspects of shoemaking.

“Barbie’s foot has always been shaped less ‘curvy’ than the rest of her perfect body,” he said. “I just added my little science to Barbie and I’ve been proud to serve her. But fat ankles she didn’t have, she just could have had thinner ankles. That’s all.

“My God, what a story,” he said, reacting to the controversy. “I apologize to my goddaughter [Barbie]. There has been a bit of confusion there, but it’s just the proof that Barbie has real serious fans.”

The three dolls, packaged in Louboutin shoe boxes, each come with four pairs of Barbie-size Louboutin heels. In December, Mattel will unveil Louboutin’s jewel thief-themed Barbie; in February, it will add a safari-themed Barbie, and for May, Louboutin designed a Barbie that goes to the Cannes Film Festival. The $150 dolls will be sold through BarbieCollector.com and at Net-a-porter.com, which is Mattel’s exclusive partner for this project and will be selling dolls for the first time. In September, both sites also will offer a Christian Louboutin Barbie shoe collection of 12 pairs for $40 a set.

The diary, which comes with the jewel thief Barbie and is also sold separately for $40, is titled “My Year in Paris With Christian Louboutin.” Launching in December, it features photos of the doll shopping with Louboutin in his boutique, on a journey down the Nile, performing at the Moulin Rouge and in a cafe with a male doll that is decidedly not Ken.

“I will have to go with no comment,” Cota said of the non-Ken. “He is a boy who is a friend and not necessarily a boyfriend. As a rule, we don’t comment on Barbie and Ken’s personal life, but I can tell you they are definitely talking and they’re friendly.”