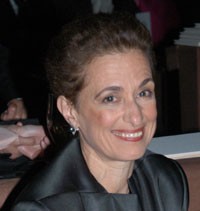 PARIS — As the world’s most expensive clothes parade on the runways here this week — attracting new customers from America and Europe — luxury firms believe the halcyon days of double-digit growth could be back.

In fact, most are optimistic they’ll be able to eke out single- and double-digit increases this year, despite pressure on margins due to the surging euro and the risk of disease or terror upsetting a recent rebound in consumption.

“Normally, it should be a good year,” said Francoise Montenay, president of Chanel, echoing the view of most major European luxury firms. “The only fear that we have is SARS, because we saw last year the big impact it had on tourism.”

Indeed, Montenay said that Chanel is projecting a sales increase of between 5 and 10 percent for its fragrance and beauty division, 15 percent for fashion and leather goods and 30 percent for fine jewelry. She noted that the brand’s momentum continues, with sales of ready-to-wear and accessories surging 30 percent last year in the U.S., based on the strength of collections by Karl Lagerfeld.

Other executives echoed her optimism, especially when it comes to the key Asian market.

“Looking ahead, I am confident that 2004 will be a good year,” said Domenico De Sole, president and chief executive officer of Gucci Group, declining to give sales projections. “The big cloud for most European companies is going to be the strong euro. Most people expect the dollar to fall further in coming months, and it’s not possible to keep raising prices in line with currency fluctuations. The pressure on margins will continue to increase.”

Sidney Toledano, president of Christian Dior, slated to release its fourth-quarter results later this month, said 2003 finished on a high note, allowing him to forecast “good organic double-digit growth for the first half. The trend is very positive. We are very confident about 2004.”

Bernard Fornas, president of Cartier International, said the main challenge for the luxury industry this year would be to return to double-digit growth after several troubling years marred by war, terror threats and global economic gyrations. These problems hit the jewelry and watch sectors particularly hard, although sales of those products boomed once again during the Christmas season.

“The industry’s problem is that the world is now volatile: It’s as if we are moving with a fog in front of us,” explained Fornas. “The brands that are clever enough to be flexible and reactive and to reduce the time to market will emerge strong.

As reported, several luxury analysts recently downgraded the sector, saying the impact of a strong euro and other factors such as potential interest-rate hikes and a slowdown in wealth creation would hamper all players.

Most agreed the surging euro is an overriding worry. The euro has risen almost 26 percent against the dollar in the last 10 months alone.

Ralph Toledano, president of Chloé, said the strong euro is putting pressure on margins, especially since marketing costs — from staffing, training, fashion shows and other sales promotion efforts — continue to climb. He said tight cost controls would allow Chloé to reduce average prices in euros for the forthcoming fall season, but he warned of increases for dollar-based markets.

“We are looking very carefully at prices,” he said. “In some cases, we have to decrease our gross margins.” Still, he said the outlook for the year is “positive” and forecast “strong double-digit sales growth.”

Daniele Ballestrazzi, ceo of Versace, agreed a strong euro penalizes growth and compromises margins, especially for Versace, as the Italian firm tries to absorb the costs of its restructuring. The firm is projecting high single-digit sales growth for the year.

At Cartier, Fornas said the company had raised prices in two waves last year for a total increase of about 10 percent. He said the amount of any price increases this year would depend on how much further the euro appreciates. “If it’s about 2 to 3 percent we can absorb it, but if it’s another 15 percent we’ll have to do something.” He added that pricing issues “always remain sensitive” and that “you have to be very careful” when it comes to raising prices.

As prices for higher-end items rise because of the strong euro, another threat to luxury could come from within — the plethora of low-cost luxury, according to Chanel’s Montenay.

“Our concern is when luxury is no longer luxury,” she said in an interview. “The temptation to do something less expensive is strong, and it is a mistake. This is my main concern about the luxury business, of competing in…low-grade luxury.

“It’s so important for Gucci and Yves Saint Laurent to find a resolution [in finding new designers and a new chief executive] because we need to have several good names in the luxury market,” she continued.

De Sole said Gucci is “doing very well with higher-priced merchandise rather than with the so-called ‘aspirational,’ entry-level products.”

Francesco Minoli, chief executive officer of Italian jewelry firm Pomellato, agreed with Montenay’s perspective. “Those companies that stuck to luxury and quality will be further rewarded in 2004 as long as they have a balanced quality/price ratio,” he said, noting that Pomellato’s 2003 sales were up 12 percent to $95.9 million, or 76.3 million euros at current exchange rates, and that strong orders early in January bode well for the year.

In terms of products, luxury firms forecast a strong year for accessories, footwear and fine jewelry in particular.

“In terms of trends, I think accessories will continue to be strong and the war of the handbags will go on,” said Rose Marie Bravo, ceo of London-based Burberry, who is forecasting a “good year” for luxury. “In terms of apparel, there is a lot of color out there for spring — lots of florals, prints, patterns — and lots of options, which all give customers a reason to buy. The collections for spring are upbeat, fresh and reinvigorating. They make you want to buy.”

Looking ahead, sales of Burberry’s fall collection commenced in New York and are going “very well,” Bravo said, noting that coats in luxury fibers such as cashmere are doing particularly well.

Riccardo Stilli, chief financial officer of the Prada group, forecast strong performance for accessories in 2004. “In terms of Prada’s product offering, the group has spent considerable time and energy on leather goods, namely bags and accessories,” he said.

Asia, including India, was, as always, cited as a key region for growth in the year ahead, with Russia cited as another possibility. De Sole said the biggest growth long-term would come from non-Japan Asia.

“At present, Asia [outside Japan] represents approximately 18 percent of Gucci’s sales and we see the potential to grow to 30 percent of the brand’s global sales in 10 years,” De Sole said. “This amazing growth will be driven mainly by China, as the country continues its fast development and the Chinese people start to travel and become interested in what the rest of the world has to offer.”

“In Asia-Pacific and Japan, there is a huge appetite for our kind of product: fashionable, young, sexy and fun,” said Chloé’s Toledano. “We are investing a lot of money there and in every single category.”

Chanel and Christian Dior, meanwhile, both plan to open major flagships in Tokyo’s Ginza district at the end of the year. This follows the openings last year of a major flagship for Prada, which spent $83 million on its 28,000-square-foot Tokyo Epicenter store and the land it occupies, and Christian Dior, which opened a 10,760-square-foot store in Tokyo’s Omotesando district last year. Industry observers estimate the store will have first-year sales of about $24 million.

Ballestrazzi said Versace would fortify its Hong Kong, China and Japan presence, considering that “fertile turf” since it only accounts for 13 percent of the company’s sales at present. In the last quarter of 2003, Versace logged growth of 30 percent in that region.

Executives expressed measured confidence in the American market this year, following strong sales of luxury products at Christmas. Such luxury retailers as Tiffany and Coach have raised their earnings guidance as a result of their Christmas performance, while Neiman-Marcus, Saks Fifth Avenue and Nordstrom all reported strong growth in comp-store sales for the month of December, with increases of 14.8 percent, 9.6 percent and 9.1 percent, respectively.

“The U.S. is increasing for most luxury brands, and the retail business in general,” said Fornas.

Prada’s Stilli said the company will open its third Epicenter flagship this year. It will bow in Beverly Hills, Calif., designed by Dutch architect Rem Koolhaas.

But industry executives were divided on business prospects for Europe.

“Italy and Europe in general have surprised us with a better-than-expected start to this year,” Stilli said.

Bravo also predicted a comeback of sales in Europe, with a caveat. “I do think it will be crucial to watch how people feel about travel. Will they want to get on a plane? Will they want to take their families with them on business trips? Will they buy? I think that is definitely something to watch,” she said.

And given the specter of rising costs and the vulnerability of the consumer mind-set, several executives stressed the basics of luxury fashion: great, must-have products.

“We have to tempt women all the time and create objects they desire and can’t wait to buy, even if they can’t afford it,” said Montenay at Chanel. “In ready-to-wear, we have some very expensive jackets and people don’t ask the price. Sometimes, women don’t tell the price to their husbands either. They just say they bought two jackets.”