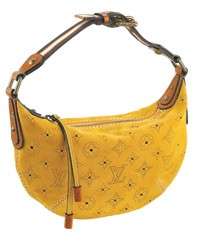 PARIS — Consumers are still lapping up luxury on a worldwide scale.

Analysts predicted a strong showing from other luxury firms, with Hermès, Bulgari, PPR and Tod’s all due to report first-half sales this week.

Goldman Sachs analyst Jacques-Franck Dossin, encouraged by LVMH citing rapid development in the U.S., wrote in a research note that the results offered “a reassuring data point for the sector, and [we] continue to believe that concerns over a slowdown in luxury goods are overdone.”

LVMH’s sales in the half rose 12.9 percent to 6.97 billion euros or $8.57 billion. Dollar figures are at the average exchange rate.

“We are very satisfied with our performance in the first half,” said Jean-Jacques Guiony, LVMH’s finance director, during a conference call on Tuesday. “All areas have contributed to this strong growth. Europe and the U.S. have remained very strong and Asia is moving from strength to strength.”

Questioned by analysts about any risk of a U.S. slowdown, Guiony replied dryly: “We are not particularly worried.”

In the first half, total sales in the U.S. leaped 11 percent in dollars, with watches and jewelry rising 21 percent, perfumes and cosmetics 15 percent, selective retailing 14 percent, fashion and leather goods 8 percent and wines and spirits 6 percent. Guiony declined to quantify July sales trends, but said there was no slowdown.

One of the few blemishes on the results was a dip in Vuitton sales in Japan in the second quarter, which LVMH blamed on an April 3 price increase there. Guiony explained that Japanese increases are announced two or three weeks in advance, creating a “bubble” of demand beforehand and a negative impact thereafter. “This is shifting 2 or 3 points of growth from one quarter to another,” he said. “The price increases are absorbed quite rapidly. We don’t see major changes on the Japanese market so far.”

Sales in Asia, meanwhile, roared ahead in the first half, with sales of wines and spirits catapulting 34 percent, perfumes and cosmetics 29 percent, fashion and leather goods 22 percent and watches and jewelry 21 percent.

Guiony said the boom in Asia applies to all countries and reflects a sharp rise in demand rather than any big increase in store openings there. “We are getting more people in the stores and more people drinking cognac,” he said.

Similarly, Guiony said growth in Europe is “coming from all directions,” with Italy described as “very strong” and Germany as “booming.”

In a report last week, HSBC analysts Antoine Belge and Erwan Rambourg characterized rapid growth in Europe as the “real surprise” of the luxury sector this year, underpinned “by more than just healthy trends in tourism and emergent Eastern Europe: even in so-called ‘mature’ markets such as France, Italy and the U.K., most luxury brands are attracting new clients, particularly an increasingly young clientele.”

In their view, investors “overestimate the possible impact of a potential rise in interest rates on worldwide demand for luxury goods” and that trends should remain above historical averages through 2007.

At LVMH, double-digit organic growth at Vuitton buoyed sales in the fashion and leather goods division, up 12 percent in the half to 2.47 billion euros, or $3 billion. The company cited “extraordinary” success with Vuitton’s suede and perforated monogram handbags and new colors in its permanent denim line.

Fendi was cited for “exceptional” revenue growth and crowned a “rising star” within the group. LVMH also highlighted strength at Loewe, Marc Jacobs and Berluti, and lauded a solid performance for Donna Karan’s collection line.

Questioned about reports of a forthcoming management change at Karan, Guiony declined comment.

Robust demand for Tag Heuer’s expensive Carrera and Aquaracer watches buoyed the watches and jewelry division, which posted a 23 percent spike in the half to 320 million euros, or $393.6 million. LVMH also cited good progress with Zenith and Dior watches, primarily its Christal model.

Continued growth in Chinese tourism led sales in the selective retailing division up 7 percent in the half, to 1.8 billion euros, or $2.2 billion. At Sephora, LVMH highlighted “excellent” sales and market share gains in Europe and double-digit same-store sales growth in the U.S.

Price increases in key markets buoyed revenues in wines and spirits, with sales in the half bubbling up 18 percent to 1.22 billion euros, or $1.5 billion.

Separately on Tuesday, Christian Dior SA, parent of LVMH and the Dior fashion house, posted results largely in line with LVMH’s. Sales at Dior rose 5.8 percent in the second quarter to total 164 million euros, or $206.1 million.

The company noted that its retail network now numbers 202 boutiques.