The luxury group announced on Thursday its support of the professional inclusion program, which helps refugee artisans work their craft in their adopted country.

PARIS — It seems like the love of craftsmanship overcomes any language barriers.

La Fabrique Nomade offers a nine-month-long training program during which artisans from around the world create a collection of items in partnership with volunteer designers, in addition to taking French lessons and participating in various workshops. The fourth collection, Traits d’Union 4, is the first to receive support from LVMH.

“La Fabrique Nomade and LVMH share two essential values: A passion for métiers d’art and the preservation of craftsmanship,” said Inès Mesmar, speaking at the collection’s launch at Le Viaduc des Arts in Paris. Mesmar founded the organization in 2016 in honor of her mother, who used to be a embroiderer in Tunisia before she immigrated to France.

“These men and women who have left everything, sometimes even lost everything, still have their profession between their hands,” she continued. “We are working to make sure that these skills are not forgotten and find their place within French heritage.” 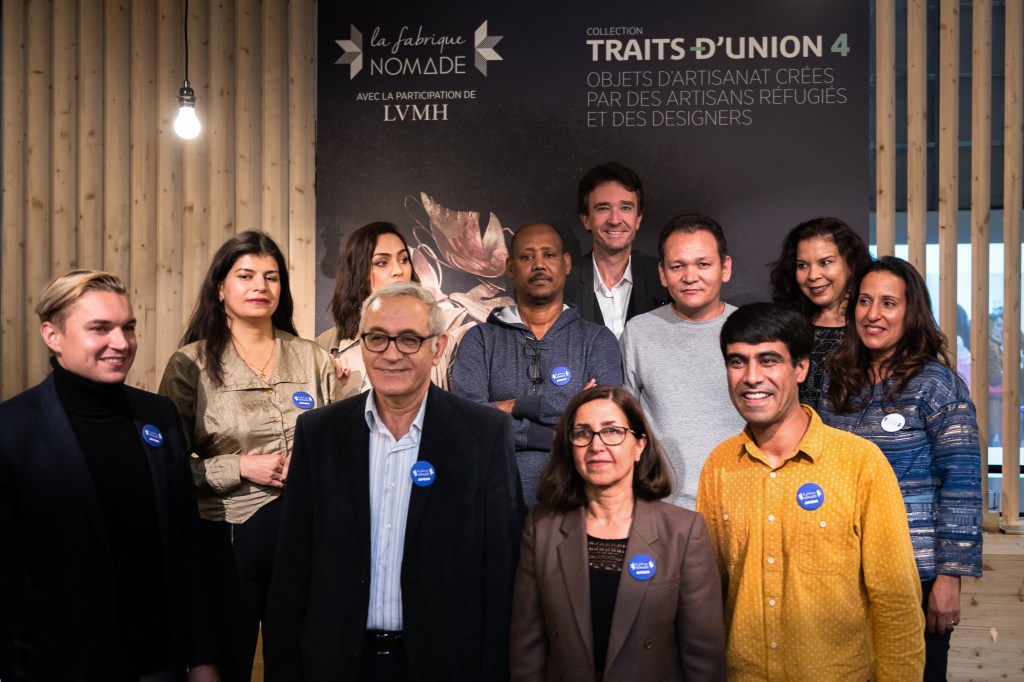 To help the organization in its task, in addition to LVMH’s financial support, luxury houses Louis Vuitton, Kenzo and Chaumet have all donated jewelry-making tools, sewing material and textiles to the project.

Antoine Arnault, head of communications and image for the group and chief executive officer of Berluti, also said that one of La Fabrique Nomade’s artisans had just been recruited to join the Dior couture studio, and that LVMH brand Patou was currently working with the organization on a special project.

“Savoir faire and creativity are universal languages that encourage positive human relations,” said Arnault. “To help the artisans at La Fabrique Nomade continue to practice their profession in France and hone their craftsmanship, LVMH and its houses are making a long-term commitment to their professional inclusion through skills sponsorship, and by opening the doors of our houses to nourish exchanges.

“This is the start of a beautiful long-term partnership,” he continued. “Our aim for 2020 is to push the implication of artisans and designers within our group even further to accompany artisans from La Fabrique Nomade in their journey.”

The artisans’ creations are available to purchase at the exhibition at Le Viaduc des Arts, which is open to the public.