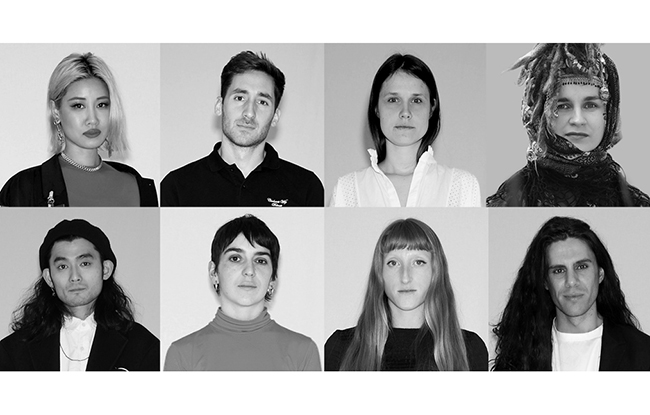 PARIS — Immigration hurdles notwithstanding, the eight finalists for this year’s edition of the LVMH Prize for Young Designers proved that fashion remains an industry with porous borders.

“This 2017 edition has above all heralded the diversity of candidates,” said Delphine Arnault, the force behind the initiative and a key talent scout at family-controlled LVMH Moët Hennessy Louis Vuitton.

Among those competing for a grand prize of 300,000 euros, or $326,125 at current exchange, plus a year of coaching from experts at LVMH, are designers originating from Russia, Japan, South Korea, France, the U.K., Denmark and Syria.

“I am delighted that women dominate this year’s selection, with five out of eight candidates. Furthermore, several boast an international experience such as Maria Kazakova for Jahnkoy and Kozaburo Akasaka for Kozaburo, respectively Russian and Japanese, who live and work in the United States,” Arnault said.

Also in the running is Ambush, the Tokyo-based jewelry and apparel line created by Yoon Ahn, who was born in South Korea and raised in the U.S., and her husband, rapper Verbal, who is Japanese-born of South Korean descent.

Nabil El-Nayal, a Syrian-born designer based in London, made it through to the finals after being short-listed for the 2015 prize. The other finalists are Atlein, a Paris-based label by French designer Antonin Tron; Denmark’s Cecilie Bahnsen; French-Belgian designer Marine Serre, and British women’s wear designer Molly Goddard.

The 21 semifinalists presented their work in a series of white cubicles at LVMH’s headquarters in Paris on March 2 and 3, during Paris Fashion Week.

“I was impressed by the professionalism and the maturity of the candidates and by their ability to communicate. Some had even been prepped by former candidates since the prize is now in its fourth year and has established a community of alumni,” noted Arnault.

“The designers take advantage of all available communication media such as Instagram, a tool they use to promote their brands and their creativity. The atmosphere at the March 2 and 3 showroom was quite serene, something our experts noted,” she added.

Kazakova, who recently completed a Master of Fine Arts Fashion Design and Society at Parsons School of Design, was unable to attend the presentation in Paris, after getting stuck in New York due to visa issues.

Akasaka, one of her classmates, rushed to process the paperwork on his residence status to make it to Paris in time. The designer presented items from his thesis collection Brutal Sensitivity, including jeans woven from recycled fabric.

“In New York in summer, people cut off the pants to make HotPants, and they throw away the legs, so I collect the legs and cut them into strings, and then weave them together again to create this fabric,” he explained. Each pair takes one-and-a-half months to produce and the shredded-look jeans retail for $3,000.

“It’s very labor intensive, but I kind of like the feeling of respecting material. It’s almost a meditation, the practice to create something from something people throw away,” said Akasaka, who only has one stockist, Dover Street Market in New York.

Things have accelerated recently for the designer, who staged his first stand-alone men’s presentation in New York in January and is now preparing to face a jury stacked with LVMH fashion stars at Fondation Louis Vuitton in Paris on June 16.

“It’s been very hectic, but I’m feeling good about this,” he said. “I’m just honored. It’s one of the biggest opportunities open to me. It was a relief because I’ve been trying so hard for many years.”

El-Nayal said he had dreamed of making clothes ever since he was a child hanging out at the family-run fabric shop in the historic covered market in Aleppo.

“It was around then, from the age of three, that I decided I wanted to be a fashion designer, and I never wanted to be anything else. It’s my passion in life and it’s also why I’m doing a research doctorate on Elizabethan dress,” explained the designer, who has been based in the U.K. since 1999.

His Nabil Nayal brand fuses elements of historical dress with sportswear. “We do things that are very niche in a way and that are very special, and we are passionate about that. We produce in London,” El-Nayal explained.

He believes the brand has made significant progress since he applied for the prize two years ago. “When we first came here, the feedback was that creatively, we were strong, but there was no real business at that point in time. We were doing private orders, but not really stocked anywhere,” he recalled.

The line is now available on Moda Operandi and at Harvey Nichols Dubai. “What I want to share here at LVMH is how we’ve progressed in the space of two years and where we’re going with it,” El-Nayal said.

Arnault said that among the qualities she was looking for were creativity, innovation and know-how.

“But, above all, passion: a love of creation and of self-expression shared by all the finalists. Indeed, we all know that the road is paved with obstacles, but only passion for creation and a strong set of convictions will enable the bravest to break through,” she said.