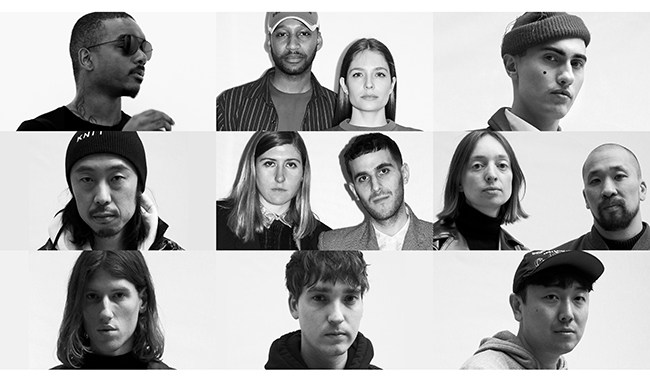 PARIS — Gender-neutral designers ruled the roost in the fifth edition of the LVMH Prize for Young Fashion Designers, which on Thursday unveiled the nine finalists that will face its star-studded jury on June 6.

Among those competing for a grand prize of 300,000 euros, plus a year of coaching from experts at luxury giant LVMH Moët Hennessy Louis Vuitton, are three labels making gender-neutral clothes, two that design for both men and women, two women’s wear designers and two men’s wear designers.

“The primary criterion is always creative talent and the impetus young designers can bring to drive fashion forward,” said Delphine Arnault, the force behind the initiative and a key talent scout at family-controlled LVMH, the parent of brands including Louis Vuitton, Dior and Fendi.

“Beyond the diversity of the collections of the finalists, we have noticed a real breakthrough of gender-neutral fashion,” she noted. In addition, three of the labels are run by design duos.

Among the candidates who made the short list are gender-neutral designers Matthew Adams Dolan, based in New York; Masayuki Ino, whose streetwear label Doublet shows in Japan; and Ludovic de Saint Sernin from Paris, a former Balmain designer who launched his label less than a year ago.

Others who specialize in gender nonbinary creations are Zoe Latta and Mike Eckhaus of the New York-based label Eckhaus Latta, and Glaswegian designer Charles Jeffrey, whose Charles Jeffrey Loverboy brand extends to a nightclub. Jeffrey was back for a second round, having been shortlisted last year.

The 20 semifinalists presented their work in a series of white cubicles at LVMH’s headquarters in Paris on March 1 and 2, during Paris Fashion Week.

Arnault said the high quality of the competition made it difficult for the experts to narrow down the selection, prompting them to increase the number of finalists to nine from eight, since several of the semifinalists tied in the vote.

“During the semifinal, the experts observed a great variety of emerging talent, and commented on how hard it was to decide between candidates who boasted such a diversity of styles. This truly reflects fashion today. For instance, Charles Jeffrey Loverboy’s tailored creations rubbed shoulders with Doublet’s technological collections. That’s what fashion is about,” she told WWD.

The 20 designers presented were selected from 1,300 applications from 90 countries. “Even if the designers don’t make it to the finals, I hope they were able to meet influential experts from the industry that can help them in their career and build awareness to their brand,” Arnault said.

Indeed, several buyers singled out Rokh as a brand to watch. “I believe Rokh appealed to the experts as a result of the high-grade materials and the modern tailoring of his clothes that embody a novel femininity,” Arnault remarked.

“I wish all the finalists good luck: the jury will most certainly find it hard to choose a winner among them,” said Arnault.