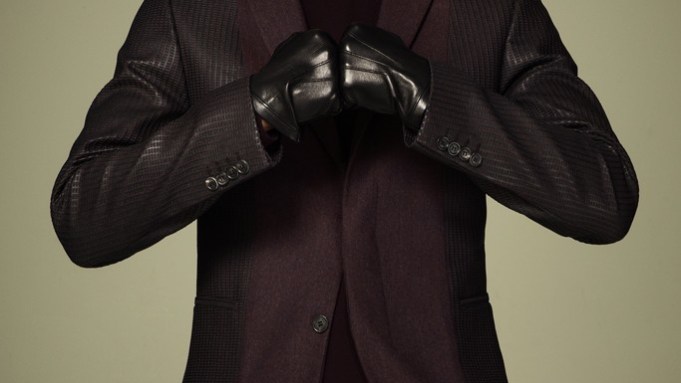 Clark Bockelman—six feet, two inches of millennial masculine beauty—has a very cool haircut. It is shorn close and high on the sides, and left long and wavy and strikingly blond on the top, an on-trend serif that caps a near-impossible genetic composition.

Maybe you already know this. Perhaps you saw Bockelman’s cool haircut in his fashion debut earlier this year, when Bruce Weber shot him for Carine Roitfeld’s CR Fashion Book. The spread featured Bockelman in angel wings and leggings, frolicking with Alessandra Ambrosio and Irina Shayk and a white standard poodle. Or maybe you saw the haircut last June, in the New York Times story on the Calvin Klein Collection men’s runway presentation in Milan. Bockelman opened and closed the show, pulling off four looks in the process—a logistical feat that was a record for the house, its men’s creative director, Italo Zucchelli, told me afterward.

Or maybe you are aware of Bockelman because you follow him on Instagram (@clark_bockelman). There, the haircut costars in the adventures of 21-year-old Clark Bockelman, who leaps out of airplanes (he has logged nearly five hundred skydives) and drinks brown-bagged Heinekens in Washington Square Park. In a video shot by his Belgian-model girlfriend, Marloes Stevens, Bockelman also performs a male take on twerking, backstage at a Macy’s shoot. He likes to punctuate certain posts with the hashtag #SHITSON, a generational proclamation of amazement.

“I’ve never been self-conscious about anything, really,” Bockelman said over a lunch of mussels and pasta at a French bistro in Long Island City, on a lazy Thursday afternoon. He wore jeans, a T-shirt, and a four-day beard. “I always try to root everything back to skydiving. There’s a quote, I can’t remember who said it: ‘If you can step out into nothing, three miles over the ground, you can do anything.’ ”

As Weber put it, on the phone, “He’s a daredevil—that’s the rare word I’d use to describe Clark…. People aren’t like that anymore. People are worried about their careers.”

Gregarious, hyperstimulated, and as self-interested as any other gorgeous, Web-abled American boy in his age bracket, Bockelman may be the millennial male-model ideal. His look (strong, fine) and attitude (in a word: YOLO) seem tailor-made for the current socio-fashion moment. And when you talk to industry tastemakers such as Zucchelli and Weber, it sounds all but inevitable that Clark Bockelman is on the way to Big Deal status.

“That’s why Clark fits in perfectly: [He] gives me that American-ness, that strength, that confidence, but also [he] is very elegant, is less beefy,” Zucchelli said recently at the Calvin Klein offices in midtown. “If you see him without clothes on, you’re like, ‘How could somebody be made like that?’ I’m looking for more elegance. I put more emphasis on that part now, in comparison to ten years ago.”

Bockelman was born and raised in the suburbs of Indianapolis. Nine months ago, he was a junior at the University of Denver. After spending the winter term sailing the Caribbean in a 135-foot hermaphrodite brigantine as part of a semester at sea, an agent friend of a family friend introduced Bockelman to Weber. Two days later, he was on set. He has since worked with the star-making photographer on shoots for Moncler and Abercrombie & Fitch, and has signed with Wilhelmina for representation.

“What I’ve been working on with the agency recently is trying to establish me as a brand, which would be a good thing,” Bockelman said. “Linking all my social media together: Facebook fan page, Twitter, Instagram. Getting them all really strong, so I’ve got a bunch of followers behind me, so when something comes out about me, people know that’s not just some random face, like all the ads.”

He hit 2,000 followers on Instagram the night before, news he presented with an appropriately sarcastic “big news—not really.” Lately, he posted pictures that show him summiting Mount Rainier. An honest-to-god 4-H product with an obsessive outdoorsman’s streak, Bockelman bow-hunts when he can and has promised himself that he will scale Mount Everest before he’s 30.

A young man this active is understandably annoyed by the schedule of a developing model: long stretches of inactivity punctuated by last-minute calls. “Right now, they’re trying to figure out what they want to do with me,” he said. “Whoever’s interested in me is going to want me just for them, and they’re trying to figure out who that is. I’ve seen Calvin Klein, I’ve seen Ralph Lauren. I’m going to see Nautica. I’m sure I’ll see a few more people…”
Well, shit, son.