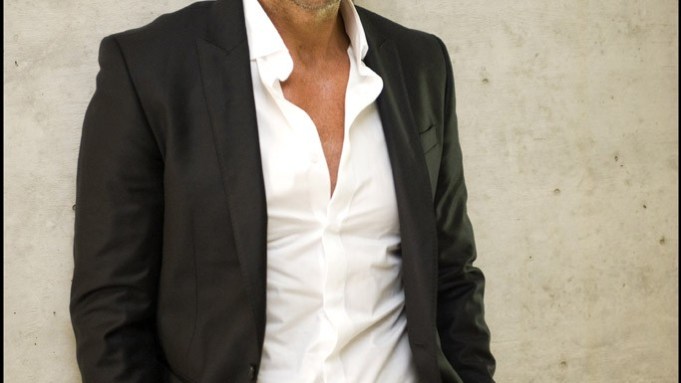 The word dream comes up a lot in conversation with Philipp Plein.

The 36-year-old German designer used it twenty-two times during a two-hour interview at his fashion company’s headquarters, in Lugano, Switzerland. “For me,” he says, “the biggest luxury in life is to make a dream come true.”

He launched his eponymous fashion collection, known for its use of embroidered Swarovski skulls, ten years ago. In 2013, his company generated revenues of $178 million, he says, and now it operates thirty-nine stores around the world.

For all his talk of dreams, Plein is a practical man, who, at one point in our talk, called himself a “money machine.”

Born in Munich to a well-to-do family—his father is a cardiologist—Plein spent his teenage years at the elite Schule Schloss Salem boarding school, where he developed an independent streak. His route to the fashion industry was circuitous.

“I started to go to law school,” he says, “because I wanted to study about the rights we have as human beings. Most of the people in the world, they don’t even know what their rights are, you know?” But the life of a student who was financially dependent on his parents did not sit well with him. “I wanted to become independent,” he recalls. “So I started to try to do something in my life in order to make some money, and somehow I started to design furniture.”

Trade show after trade show, he built a name for himself with minimal furnishings inspired by the Bauhaus. He started with steel-only pieces and then began to include leather printed in a small factory close to Florence. Soon, he was making bags, which were partly intended to show off the color palette of the leather he used for his furniture. An immediate hit, the bags were decorated with two Ps in the shape of a pentagon, and the brand’s logo was born. To build more buzz for his furniture line, Plein created pillows and military-style jackets decorated with Swarovski Crystals.

“I did one million euros in one year with those jackets,” Plein says. “Everybody wanted them. This is not a joke: The first day of shows, everybody came and asked, ‘Can we buy a jacket?’ There was the young lady, the young guy, the old one, the heterosexual, the gay. They went crazy for the stars and the crystals. The combination was perfect!”

But it took him by surprise, and he was not so pleased, at the time, to have potential customers more interested in the things he had created to promote his furniture line than the furniture itself. “After two days, I was so pissed,” he says. “They were looking just at the jackets!”

After he had reconciled himself to the notion that he was a fashion designer, he went all out, putting his mark on fashion trade shows—especially at Bread & Butter in Berlin—where he made his reputation for creating grand spectacles. Once, he set up a so-called Pimp Machine, which allowed people to add crystal embroidery to their denim clothes; another season, he wowed ’em with a huge haunted-house exhibit.

“This is how I grew up in the fashion industry,” Plein says. “I was doing my furniture business, and I never believed that fashion could have become a business for me. But the problem was, I had some cool ideas, and people were getting crazy: Who is Philipp Plein? Where does he come from? Everybody went crazy.”

He fed the furious reaction with even grander displays. “I’m building a dream,” he says. “When I do a fashion show, I spend between one or two million euros. I don’t care about money. For me, money is not important, because I never had money. OK, I grew up in a nice family, but my parents didn’t support me. I was completely, 100 percent on my own risk, and I’ve always wanted to show to them that I never came back to them. Because I never wanted to give them the sensation that I failed, OK?”

Plein is aware that a certain skepticism toward his brand exists among fashion critics, but he vows he will not waver. “I read what people write about me,” he says, “but I’m not really interested in it. I’m too self-confident in what I do and in what I’ve done. I’m here to make my clients happy and myself happy. I’m not a follower. This is what I’m doing, and I don’t want to change it.”