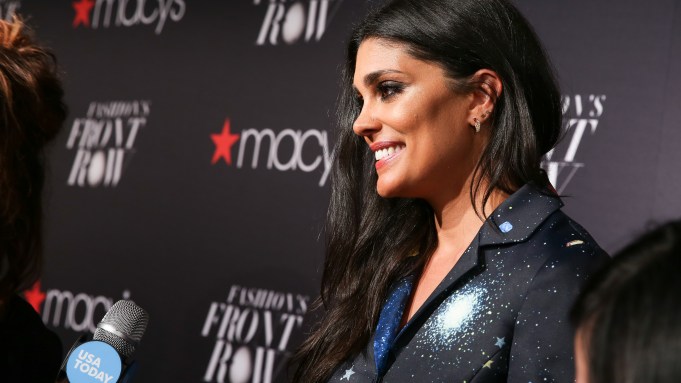 The hourlong event, which will be televised on E! on Sept. 15, combined fashion and philanthropy as a fund-raiser for Ronald McDonald House New York and the Council of Fashion Designers of America Foundation. Over its three decade-plus run, Macy’s fashion week events have raised over $30 million for charity, according to chairman and chief executive officer Terry Lundgren.

Fashion designers turning out to help the retailer celebrate included Betsey Johnson, Kenneth Cole, Rachel Roy and Diane von Furstenberg.
While the official airing on E! will be hosted by Giuliana Rancic and Brad Goreski, the live show featured Carson Kressley, whose ad lib quips were among the highlights of the evening.

Calling himself the equivalent of an “outlet host,” he took on everyone from Martha Stewart, who he lit into after she left early — a rule of comedy is that you’re fair game after you’re gone, he said — to Rachel Roy, whose turban fashion was sure to become the next big thing. Outfitted in distressed jeans and a paisley blazer that he said gave him “street cred,” Kressley helped the crowd practice thunderous applause — “Think Bradley Cooper dropping off a basket of puppies on your doorstep,” to the more-subdued “golf clap, although that sounds like a disease.”

Since the show was as much about commerce as charity, all of the looks featured were naturally available for immediate purchase on macys.com/shoptheshow.

Macy’s aims to transport the vibe of the show to its stores in 25 markets around the country through a series of in-store events, celebrity appearances, fashion presentations and shopping parties next week.