For fall, some designers were inspired by the AMC show "Mad Men," set in 1960. Interpretations of the era's manicured look ran the gamut from the staple... 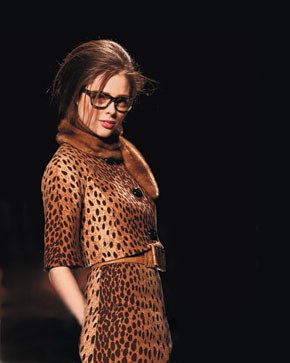 For fall, some designers were inspired by the AMC show “Mad Men,” set in 1960. Interpretations of the era’s manicured look ran the gamut from the staple sheath — “It’s body-consciously sexy without being overtly sexual,” said costume designer Janie Bryant — to flirty fit-and-flare numbers.

The ‘Mad’ and the Beautiful

Michael Kors may be known for his passion for the disco era, but he glanced elsewhere for inspiration this season: the early Sixties à la TV’s “Mad Men.” Here, a chic career-gal suit straight out of the fictitious Sterling Cooper ad agency.