Didier Grumbach, Guillaume Henry, Alexis Martial and Adrien Caillaudaud were among attendees at the funeral in Paris on Friday. 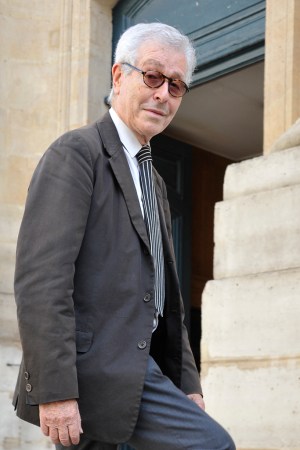 PARIS — Family and friends gathered to remember the late Madame Carven at a funeral service held Friday morning at the Église Saint-Roch here.

“I first met her in 1954. She was leading one the hippest couture houses in Paris,” said Didier Grumbach, the former president of French fashion’s governing body, the Fédération Française de la Couture du Prêt-à-Porter des Couturiers et des Créateurs de Mode. “She was considered an equal to the likes of Jacques Fath.”

As reported, the French couturier, born Carmen de Tommaso, died Monday at the age of 105.

“She led her house with authority and kindness,” Grumbach continued.

He recalled the party in the gardens of the Palais Galliera celebrating Madame Carven’s 100th birthday.

“She was impeccable,” he said. “It was bliss. She was an extremely dynamic and happy person.”

Green and white ribbons — the colors of the house of Carven — spangled the church, which was full of white flowers, as she had wished.

Daniel Alcouffe, an honorary curator at the Louvre museum, emphasized how Carven had been a great patron of the arts. She donated generously to the Louvre, Palais Galliera and Domaine de Chantilly, among other institutions. In 2002, Carven also created a scholarship awarding a student in an arts or fashion school.

“She has preserved the past and prepared the future,” Alcouffe said.

Henry won one of the scholarships as a young student in fashion school prior to joining Carven in 2009.

“She used to call the house from time to time. I would speak with her [sometimes],” Henry said. “I have the impression of knowing her well. I studied her creations — and her life — for five years.”