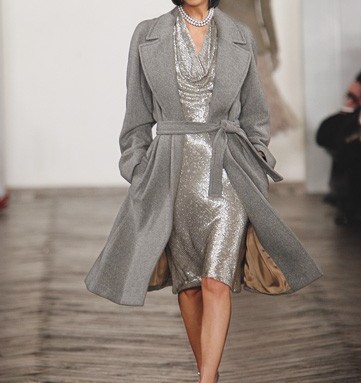 Where in the world are Donna, Ralph and Calvin?

Certainly not on the spousal circuit at the G-20 summit in London. In fact, as President Barack Obama and 19 other global leaders huddle to ponder the world’s economic woes, Michelle Obama has reaffirmed with gusto her fashion support of America’s new and niche, and given anecdotal support as well to antiprotectionism via cardigans by Azzedine Alaïa and Junya Watanabe.

Yet, save for a recent digression to Michael Kors, Obama continues to show zero interest in the big guns of American fashion, those whose names resonate around the world, and who collectively employ thousands of people. Obama’s early appearances in the likes of Jason Wu, Thakoon and Isabel Toledo, (with the punch of Narciso Rodriguez worked in for good measure), both captivated and charmed much of the country while exciting an industry that understands the myriad challenges faced by small fashion houses even under the best of circumstances. But as time goes on, with economic recovery feeling none too close and the Obamas’ honeymoon with the world still passionate enough for the First Lady’s sartorial choices to garner major, gushing headlines, should she diversify her wardrobe choices, especially as the industry prepares to celebrate her with a CFDA Board of Directors Special Tribute? Indeed, does she have a responsibility to do so?

Like the auto and financial industries, fashion is in crisis. Yet the person in the administration best positioned to support its major players — those whose collective vicissitudes play into the economy in a considerable way and whose individual swings of fortune impact the lives of countless working people up and down the supply chain and their families — is giving them the cold shoulder. And we don’t mean Donna Karan’s. No one’s asking for a big-gun bailout, Mrs. O (at least not yet). But how about a shout-out?

Who cares about one woman’s wardrobe choices in this time of turmoil? A lot of people. London fawning has officially crossed over from gushing to silly, The Daily Telegraph proclaiming Obama “the mint-green queen of fashion,” while The Guardian said “Mrs. O has all but obliterated last year’s Carlamania from the fashion history books, with an outfit that draws a direct bloodline between her look and the wardrobe with which Jackie Kennedy wowed Europe in 1961.”

To a large extent, the fashion ship sails on such hyperbole — and on human product placement. Especially now, the kind of worldwide attention Obama and her labels are getting can boost an entire corporate psyche from designer to ground floor. It can boost sales as well. Obama’s now famous J. Crew beaded cardigan reportedly sold out by midmorning on Wednesday. Similarly, might not a chic sighting of the First Lady in Ralph Lauren or Donna Karan prod some women to stroll through Saks Fifth Avenue or Neiman Marcus? As Calvin Klein’s Francisco Costa puts it, “We’d be thrilled to dress the First Lady, of course. She has the power to influence consumers.”

Within the major fashion houses, there is a growing desire for Obama to broaden her choices to include their wares. “American fashion right now is struggling,” says Oscar de la Renta. “I think I understand what [Obama and her advisers] are doing, but I don’t think that is the right message at this particular point….I don’t object to the fact that Mrs. Obama is wearing J. Crew to whatever because the diversity of America is what makes this country great. But there are a lot of great designers out there. I think it’s wrong to go in one direction only.”

Tommy Hilfiger takes a more temperate view, applauding Obama for not focusing only on the high end. “I’m happy that she’s wearing young designers and not only wearing [American] couture, which puts her more in touch with real people,” he says.

Kors, the only major designer to have found his way into a recent photo op, defends Obama’s range. “She’s the first First Lady who’s ever worn sportswear,” he says. “If you think about it, she’s worn everybody from Azzedine Alaïa to Michael Kors to Isabel Toledo or Jason Wu to J. Crew to Donna Ricco.”

Certainly, there’s still plenty of admiration for Obama’s embrace of the younger set. “I think it’s all right that she chooses young designers, because it’s American fashion that’s going around [the world],” observes Carolina Herrera. “And J. Crew is a huge company, no? It speaks very well of her that she wants to include everyone.”

Well, not everyone, Carolina. Along with Herrera herself, names missing from this most prestigious wardrobe roster include Ralph, Calvin, Oscar, Marc, Vera, Tommy and Isaac, although Obama has worn Liz Claiborne. Even those of the Obamas-walk-on-water ilk would like to see that change. “I hope and believe that this is just a moment,” says Karan. “And I hope to be able to dress her, and not only dress her but address her, sit down — I’m interested in her totality as a woman.”

Ditto Wang. “I love seeing young designers and their vision and how they grow and all of that,” she says. “On the other hand, of course, I wish she would consider some of us, because I think we also have contributions to make.”

Wang acknowledges the resonance of an association with Obama. “She represents modern womanhood, a brilliant, active woman and mother, because of her position, her beauty and her stature. She embodies America right now. She is the face of America.”

By extension, then, Obama’s choices represent what’s right, active and modern about American fashion, and her omissions — well, you get the idea.

While clearly any designer Obama wears gets to bask in the reflected glory, it’s not all one-way sparkle. Despite the flood of accolades, Obama’s is a style in development, one that can sometime seem more forced practicality than innate polish. At the same time, she has succumbed to a moment or two of trying too hard, such as Thursday’s unfortunate Junya-cum-Jason rhapsody in blue.

It is widely accepted that most, if not all, of Obama’s clothes go through Ikram Goldman of Chicago’s Ikram boutique, although the likes of Michael Kors, for instance, are from collections carried at the store. (An e-mail request to Goldman for an interview went unanswered.)

“I think Michelle Obama has a lot on her plate right now,” offers Karan. “I think there’s a lot of confidence that she has with the woman that she’s working with….I don’t think this is a thing that’s going to last forever. I think the doors are going to open up.”

For his part, de la Renta notes that, in recent history, first ladies have always had direct contact with a designer, typically relying on one or two. He suggests that, designer or otherwise, Obama would benefit from expanding her current range of fashion advisers, particularly on matters of protocol. “You don’t,” he declares definitively, “go to Buckingham Palace in a sweater.”