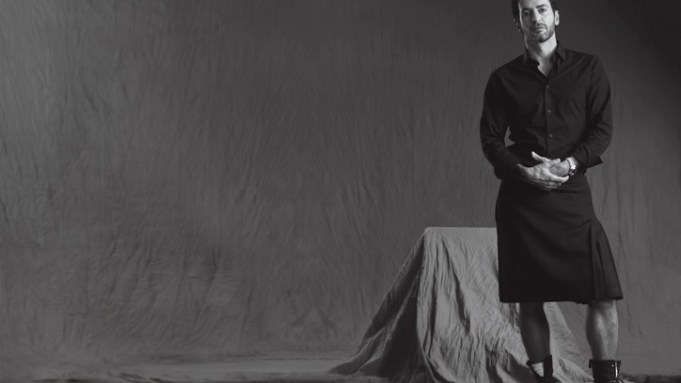 A near-perennial nominee, Marc Jacobs last won a CFDA Award in 2005, for accessories. He’s a shoo-in this year as recipient of the International Award, for Louis Vuitton. The timing is perfect, considering Jacobs’ two stellar odes to French chic, with spring focusing on its African influence, and fall on the frothed-out, girlish la Parisienne (which managed to suit the bunny-eared Madonna to a controversial T at the Met Gala). In addition, January’s festive merch-filled tribute to Stephen Sprouse spoke to the international impact of American fashion, past and present, while giving an industry, then still in economic shock, something to smile about.

Two very different Marc Jacobs collections were each romantic in their own ways — one a lavish, quirky ode to early Americana; the other, a cacophonous celebration of the New York Eighties — and garnered nominations in the women’s designer and accessories designer of the year categories.  “I have always operated on instinct,” Jacobs tells WWD. “We don’t design by calculators. I don’t know if we’re right or wrong, but I’ve learned over the years to trust my instincts.”

Laura and Kate Mulleavy for Rodarte >>