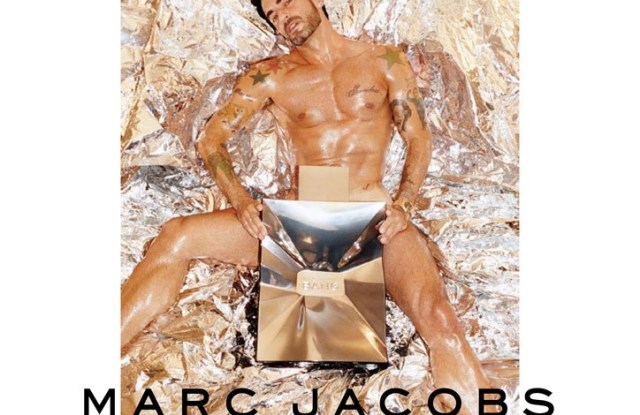 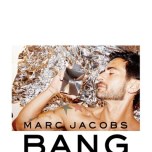 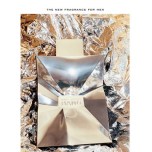 Marc Jacobs is baring his all for his new men’s fragrance, literally.

To make a point that the new fragrance, Marc Jacobs Bang, is a personal passion, Jacobs will appear in his own advertising for the first time, lying naked on a silver Mylar bed — with only an oversize bottle of the fragrance for modesty’s sake. And it’s only one of many projects the designer has up his sleeve — he also is eyeing men’s and women’s underwear as well as color cosmetics.

Posing nude was business partner Robert Duffy’s idea, said Jacobs on Thursday in an exclusive interview. “Robert and I work closely with Coty on these projects, and he said, ‘Marc, you look so great now — you should be the model for men’s fragrance.’ My immediate reaction was, I don’t know. But then I came to see that it made sense. Men’s fragrance, unlike women’s in a certain way, is very personal. It’s a layer on top of skin — for women, it can be like changing a makeup color, but not for men.”

“Once I agreed to be the model, I couldn’t see what I would wear to express this. We tried it with clothes, but it didn’t work. Then Juergen [Teller, who shot the campaign] had the idea for the silver Mylar, and it all came together. The silver Mylar also gives it that flash, that bang.”