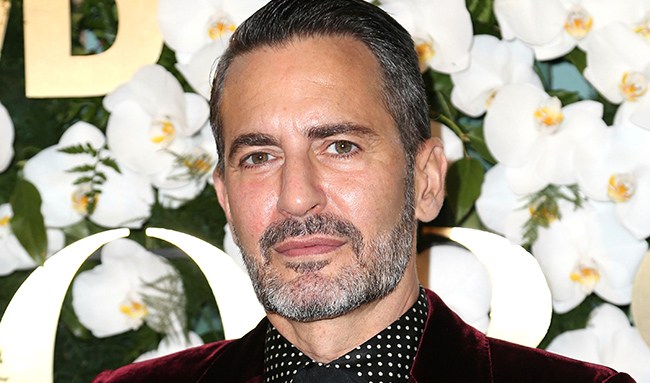 “I was anxious to talk rather than write a couple of quick answers.”

So said Marc Jacobs earlier this week regarding a request for his input for a piece on “New York in Transition.”

Jacobs is as stalwart a creator as there is in fashion, and as such, was unlikely to take lightly questions along the lines of, “What’s the point of the show?” At this moment of individual and communal reevaluation of “The Collections” Goliath, he is both contemplative and proactive, a joint condition he described in some detail.

He started the conversation with a premise not unlike an academic thesis. “The show is an expression of a thought or an idea about clothes, about a spirit, about a mood. It’s not a presentation of showroom clothes,” he said.

Twenty or so minutes later, he’d touched on his design process, Prince, theater etiquette, a stunning Chanel couture dress (and the girl who wore it), as well as his primary theme — a designer’s right to control the circumstances in which his audience experiences his show.

Jacobs views the runway as a conduit for communication beyond merely a show of what will be on the racks next season. “It’s an esoteric statement,” he said. “Obviously we want to make and sell the clothes that are in the show, so it’s not just for show….But I’ve never been interested in just presenting clothes without considering all the other elements that go into the viewer’s experience.”

While Jacobs wouldn’t elaborate, he implied that the fall collection he’ll present at the Park Avenue Armory on Thursday will differ significantly from his high-intensity spring outing, a raucous rave affair of frenetic pilings. While a dramatic change from one season to the next is typical of his work, fall could prove particularly spare.

“What we’re working toward this season might not seem like the spectacles of the past,” he said. “But in its presentation and in the collection itself there’s still an idea and a message and a thought and a spirit that we try to transmit through the clothes, through the ambiance, through all of our creative choices.”

One thing he knows: The clothes are not necessarily every audience member’s primary focus. “I don’t know what an audience thinks a show should be. It would be unfair to say all press, because nothing is absolute, but it does feel that — in this moment — people pay much more attention to who one’s showing on than what one’s showing. You know, whether it’s the Kendalls or the Gigis.”

He cited as an example the spectacular gown with which Karl Lagerfeld closed his most recent Chanel Couture show, a froth of magnificent pink magic.

“When I saw that beautiful couture Chanel gown I thought, ‘Oh my God, what a gorgeous gown, and the amount of work and the beauty of that dress.’ Yet it seems that everybody was just talking about Lily-Rose Depp in it. The dress was just something on her rather than it being the thing itself. But that’s just the world we live in.

Not all that long ago, designers could control the experience they wanted to present, control the communication down to the last detail (barring the unforeseen glitch — a model losing her footing; malfunctioning audio or lights). The rise of social media changed that. Today, most fashion shows feature massive audience participation, not always appreciated by the house or other guests. Legions of people take pictures, shoot video and talk through Instagram Stories during shows with an intensity that can impact the overall staging — the lighting, for example. More obviously, that activity impacts how others view the show. Whereas once, one could lose oneself in the creative piece being presented, now, such full submission to the work veers toward impossible when you have to crane past a row of outstretched, phone-wielding arms, and sometimes, view-obstructing torsos, to take in the show.

To that end, Jacobs wants to take back full command of his side of the creative communication. While he can’t control how his audience reacts or how he’s reviewed, he can control what its members see. This season that means a more intimate approach than has become his norm, with a spare set, significantly smaller audience and the request/mandate to keep your cell phone dormant, please. How he plans to enforce that element, he didn’t say.

He sounded serious, invoking the stance of a great creative from a different genre to make his point. “I had the very big privilege of seeing Prince perform just before he died, on New Year’s Eve in St. Barth’s,” Jacobs recalled. “Prince refused to start performing until everyone put their cell phones away. He said, ‘I’m a live performer. I’m playing you music, and if you want this experience you put your cell phones away.’

“In a relationship, there are boundaries. You can convey that if you want to experience a show live, put away your cell phones. But if you allow it, then you’ve allowed the audience to do what they want rather than to see it the way you’d like it to be seen.

He argued that if the primary purpose of a fashion show is as source of online images, then why not do a shoot, dispense with the show and save “the half million-dollar expense or the quarter-million, or whatever it is? This feels like a time to rethink not only what we say but how we say it.” While considering that this approach may prove mere seasonal whim, “right now, these are all things I’m thinking about.”

“It’s a meeting of the moment,” Jacobs continued. “It doesn’t even matter if you absorb the message that the person was transmitting; you feel the experience, rather than you’re just there. It becomes esoteric and sort of philosophical. It’s like when you read a great book and you’re engaged, or when you listen to music and it moves you. The idea of the experience and the choice of words and the choice of sounds, all of that stuff is what creates your experience, your attachment to the moment, the emotion.”

That there is a specific commercial endgame shouldn’t lessen the experience; rather, it informs and often challenges the creative decisions. “We’re left in the end with the clothes and the bags and the shoes and the things that they’ve inspired, and that’s what goes into the stores,” Jacobs said. But the show itself, and the experience of consuming it, results from the integration of all of those creative choices.

“From my perspective, that’s why we have a show,” Jacobs observed. “Whether that means a very elaborate set or whether that’s a refusal to do a set or whether that’s no music — all are concepts or choices, and they have aesthetics and [result from] decisions. Everything is considered. It all goes into the viewer’s experience.”

As with any serious creative communication, that experience might “create a buzz or a tension or start a conversation.” And, Jacobs concluded, “That’s not something you can sell.”

Witness History, Whatever Your Politics