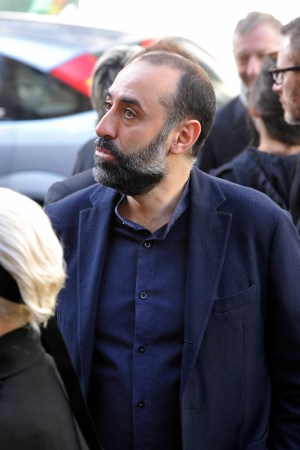 PARIS — Maria Luisa Poumaillou was remembered Tuesday as one of Paris’ most passionate and personable fashion scouts and cheerleaders — and one of its consummate professionals.

At a somber service here for the late retailer, who died on April 6 at age 61 after a long battle with cancer, hundreds of members of the fashion community flooded into the Saint-Roch church on the boutique-lined Rue Saint Honoré — only blocks away from where she once operated several of her stores.

He recounted her fashion career, describing how she started her boutiques at a key moment in fashion, attending Belgian fashion maverick Martin Margiela’s first Paris fashion show in 1988, and a year later John Galliano’s.

In 1994, when Margiela staged simultaneous shows in several cities — London, Milan, Tokyo and Bonn, Germany — he chose Poumaillou’s Rue Cambon boutique as the fifth location, unveiling his collection at the moment it hit shops, including the Maria Luisa windows on the Rue Cambon.

Patrick Scallon, Margiela’s longtime spokesman, said Poumaillou’s opinion mattered most to him: “He always wanted to know what Maria Luisa thought of the collection.”

Born in Venezuela, Poumaillou opened her first Paris store in 1988, later expanding to locations for men’s wear and casual fashions on nearby Rue du Mont-Thabor, stocking brands such as Helmut Lang, Martin Margiela and Rick Owens.

She shuttered the last of her Paris locations, on Rue Rouget de L’Isle, in 2010 to focus on Printemps, a new e-boutique on Thecorner.com, operated by Yoox, and Maria Luisa locations in Shanghai, Beijing and Qatar operated by partners.

Her husband Daniel is chief executive officer of Maria Luisa.