This is the first collection by Schwab since he was appointed as the label's creative director last summer.

LONDON — It might not have been the homecoming he was expecting, but Greek-Austrian designer Marios Schwab has still managed to power through the pandemic, relocating to Athens and working on his first collection for the Greek label Zeus + Dione, which makes its debut today.

His ultimate goal is to present a modern-day vision of the Greek lifestyle and approach to dressing. Above all he wants to further the work started by the founders, which is all about preserving Greek craft.

The label was founded by Dimitra Kolotoura and Mareva Grabowski-Mitsotakis, the wife of Greece’s prime minister.

“It was so interesting to hear from a brand that is all about this concept of rebirth of craftsmanship and preserving skills in Greece,” said Schwab, who was named creative director of the label in July 2020.

“It’s really important to address the industrialization of fashion and to try to bring manual craft back onto the foreground. It means working more sustainably and also allowing for more creative expression.”

Getting inspired for his debut spring collection meant working hand-in-hand with as many Greek craftspeople as possible and highlighting the breadth of skill and talent the country has to offer.

“There’s incredible variety of craftsmanship across the different areas of Greece,” said the designer, pointing to the north of Greece, which specializes in sheep skin and fur making, while other areas are better known for traditional fabric making or embellishment techniques such as cording.

This year also marks the 200th anniversary of Greece breaking free from Ottoman rule, so the sense of breaking free and the revolutionaries of the time were top of mind when Schwab was creating the spring 2021 collection. 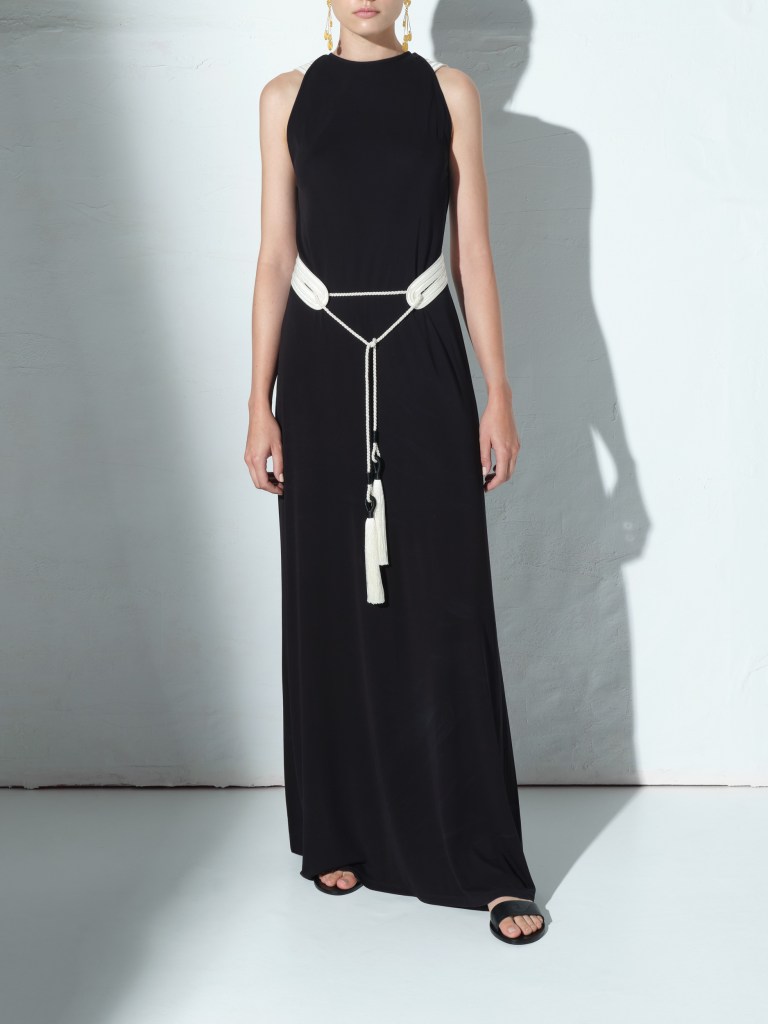 That’s why stripes and shades of the signature blue of the Greek flag are strong throughout the range, as well as subtle references to folk costume: The cording on blazers harks back to traditional masculine coats of the time, while the tassels used on the hems of dresses or as separate accessories are an homage to the traditional uniform of national guards.

There are also plenty of linens, easygoing cotton shirtdresses and loose tailoring, which channel the Greek’s laid-back approach to both dressing and life — and could easily slot into any modern summer wardrobe.

Schwab is adamant about offering a modern interpretation of the Greek aesthetic, and he didn’t want any of the designs feeling like dated costumes: “It shouldn’t be so straightforward that you’d have a look and think that it comes from this or that kind of costume. It’s about a modern identity of what I think Greece could be. And the woman should be more important than the clothes,” he said.

The collection will be sold at some of the brand’s key retail partners, including Matchesfashion, Net-a-porter and Saks Fifth Avenue, and it has its own boutique in central Athens.

“There will be exhibitions and celebrations in Greece [to mark the anniversary of the country’s independence] and hopefully, once we’ve gained some part of the tourism back, too, we’ll be able to promote the product further in the right context,” added the designer, who said that he’s been using the extra downtime, while Greece remains in lockdown, to think about what a modern Greek luxury brand could be in 2021. 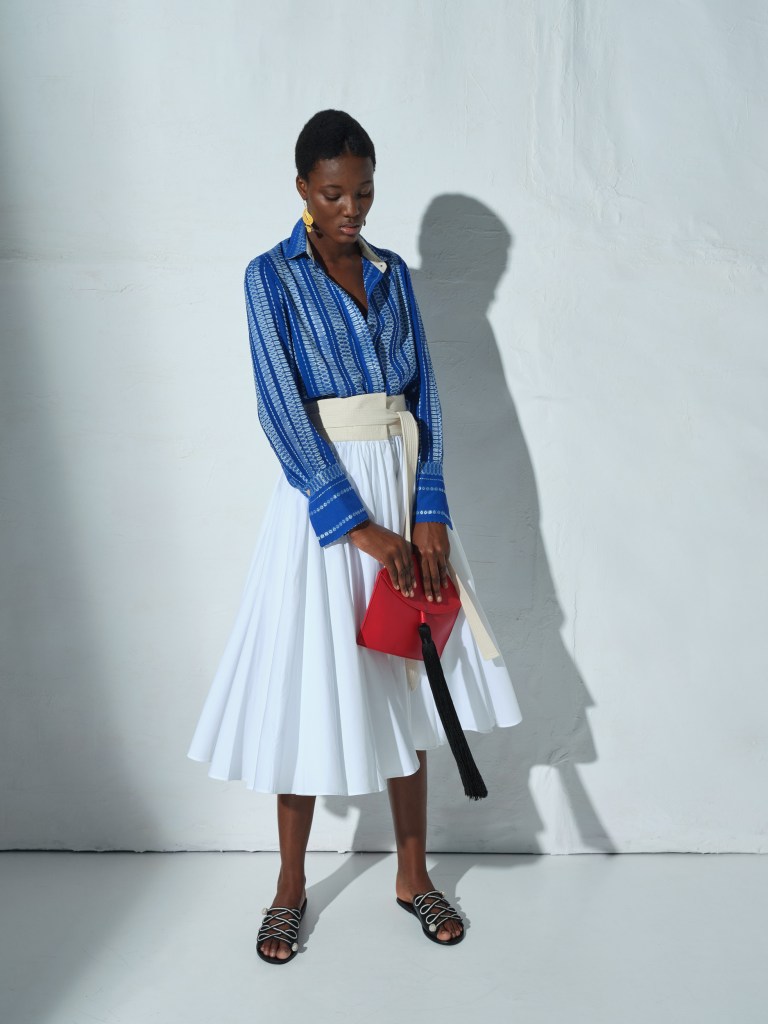 The answer is fashion-cum-social-enterprise, which can meld creativity with ethics and sustainability and can help create jobs and preserve the country’s craft heritage.

“You hear too many stories of some of these beautiful techniques disappearing, because a craftsman died or because there was no one young and trained to take over. So there’s a huge opportunity here to create something meaningful that will not only talk to Greek and Mediterranean clients but also to an international clientele,” said Schwab.

With Zeus + Dione leading the way, Schwab is hoping that more creatives in Greece will get inspired to join a similar mission of modernizing local craft and building on the momentum Athens has been having, with young entrepreneurs and creatives migrating to the city.

“You can see an amazing new wave of creativity, not only from young Greeks but also international people who feel Athens has something different to offer. For so long, opportunities just felt overshadowed because of the economic crisis, which brought a lot of criticism and negativity to Greece.

“But by being here, I can see this blooming energy that comes from local entrepreneurs and young people,” said the designer. “COVID-19 has, of course, created new issues for business, but hopefully with situations like that, as we’ve seen before with previous crises, new opportunities and new dynamics will arise.” 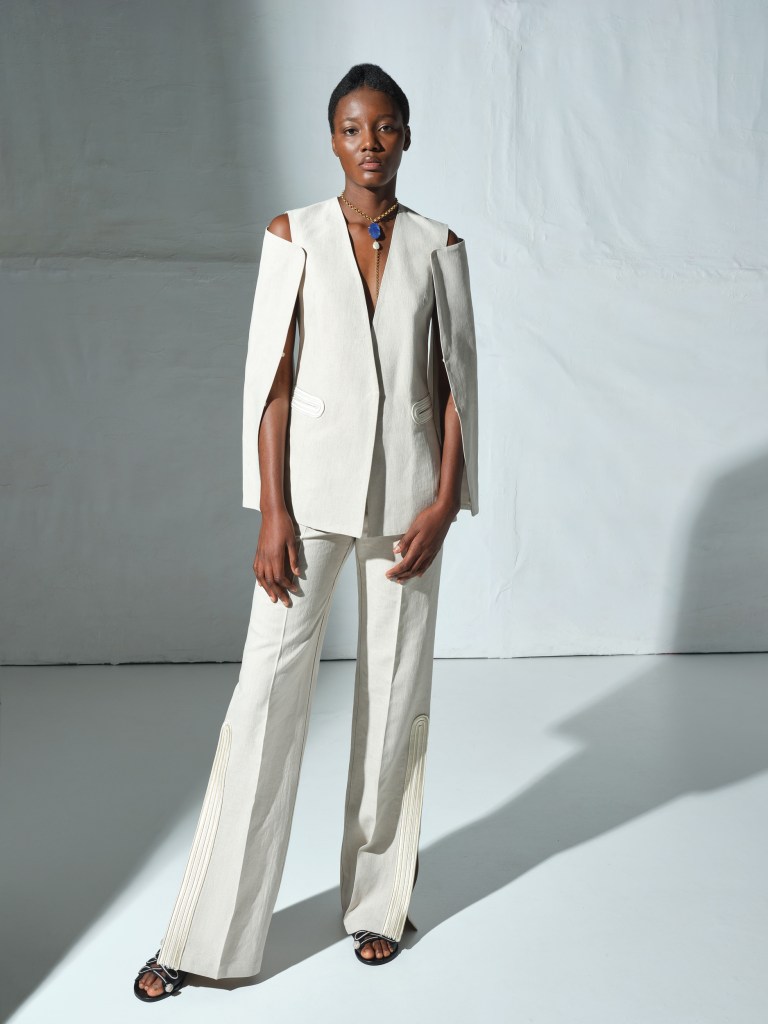