For her new digital presentation, Rose created a virtual building block that allowed viewers to peek through the windows and into the lives of 24 friends of the brand — Drake included.

Martine Rose presents 'What We Do All Day."

LONDON — Since global lockdowns were enforced last year, there have been digital presentations aplenty, but few succeed in keeping viewers engaged from beginning to end, without feeling the need to press pause or open a new tab, looking for some distraction.

British designer Martine Rose’s digital presentation, “What We Do All Day,” was the rare, attention-grabbing event because of how intimate and personal it was.

Launched Tuesday on a dedicated platform, the short film presented snapshots of the at-home lifestyle of 24 characters from across the globe — Drake included.

The famous rapper lounges in his Toronto studio in a Martine Rose tracksuit; while Justin in London dances by his bed and gives shadow boxing a try; Carla in Mexico City gives her boyfriend a haircut, and Steven in Los Angeles, wearing another red signature tracksuit by Rose, runs a vacuum cleaner over his couch. 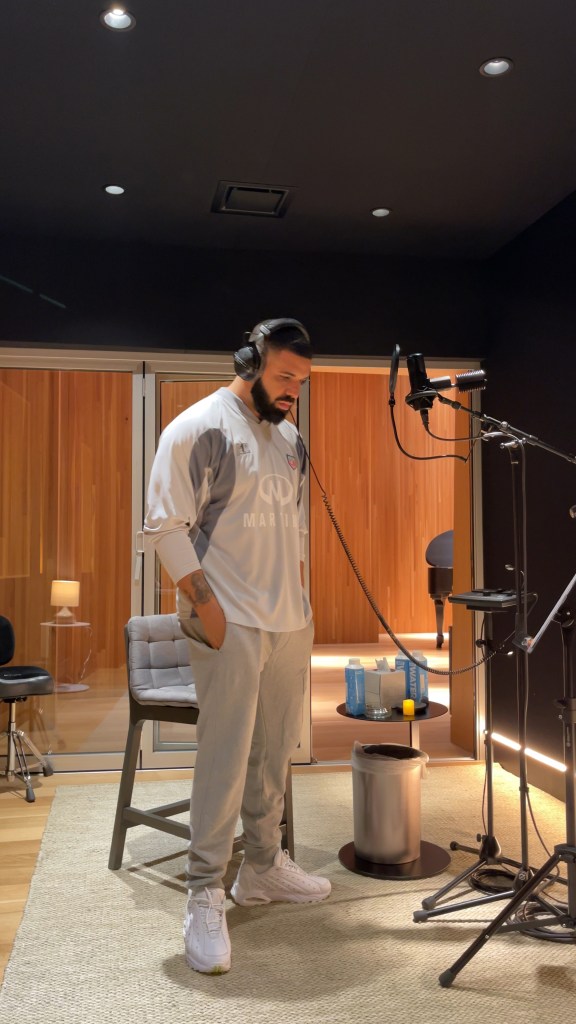 Drake features in Martine Rose’s new film: “What We Do All Day.”  Courtesy of Martine Rose

“We chose characters who were in tune with themselves, able to be confident and vulnerable at the same time. And also a few idols we’ve dreamt of working with for a while, but hadn’t had the opportunity to do so, due to location,” said Isabella Bush, who was behind the casting.

The film was raw, personal and impossible not to relate to. It channeled the same heartwarming feel of Rose’s physical shows in London, which have always had a laid-back, family-style mood. Some have taken place in her daughter’s school, or on a residential street near to where the designer lives in north London.

At the same time, there was a hyper-real element to the presentation as the characters were presented in a virtual building block brought to life by Rose and the design studio International Magic. 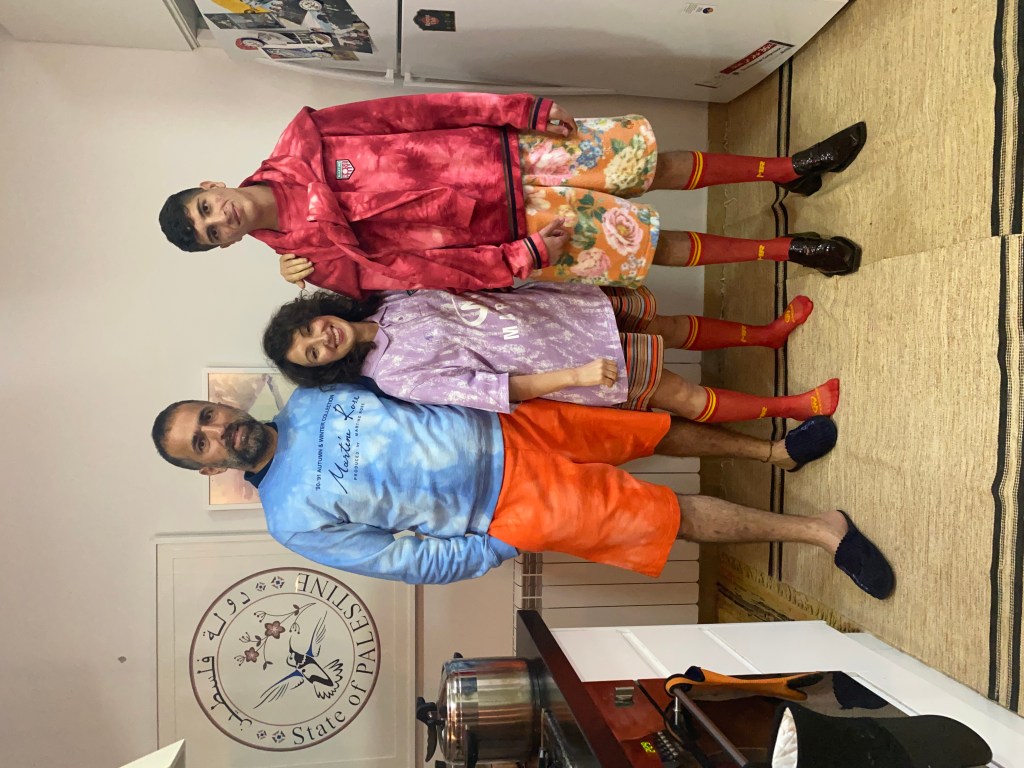 “The environment was always going to be digital. Our main question was, ‘How can you do a digital presentation that feels warm and human?’ The answer was simple: To film humans in their own personal environments. It was a natural juxtaposition, creating a digital world that had the warmth and feel of a physical show,” said Rose, who said she sees the film as “a commentary of a global experience,” a time capsule of sorts that will serve as a reminder of the way people lived within four walls, and all the ways they kept entertained.

Rose’s spring collection, which she unveiled on the digital screen in September, blended into her characters’ lives and homes. Friends and participants wore her loose knits and denim for work Zoom meetings; matched her signature square-toe loafers with tracksuits, or played video games in the brand’s tie-dye tracksuits and loud, printed boxer shorts. 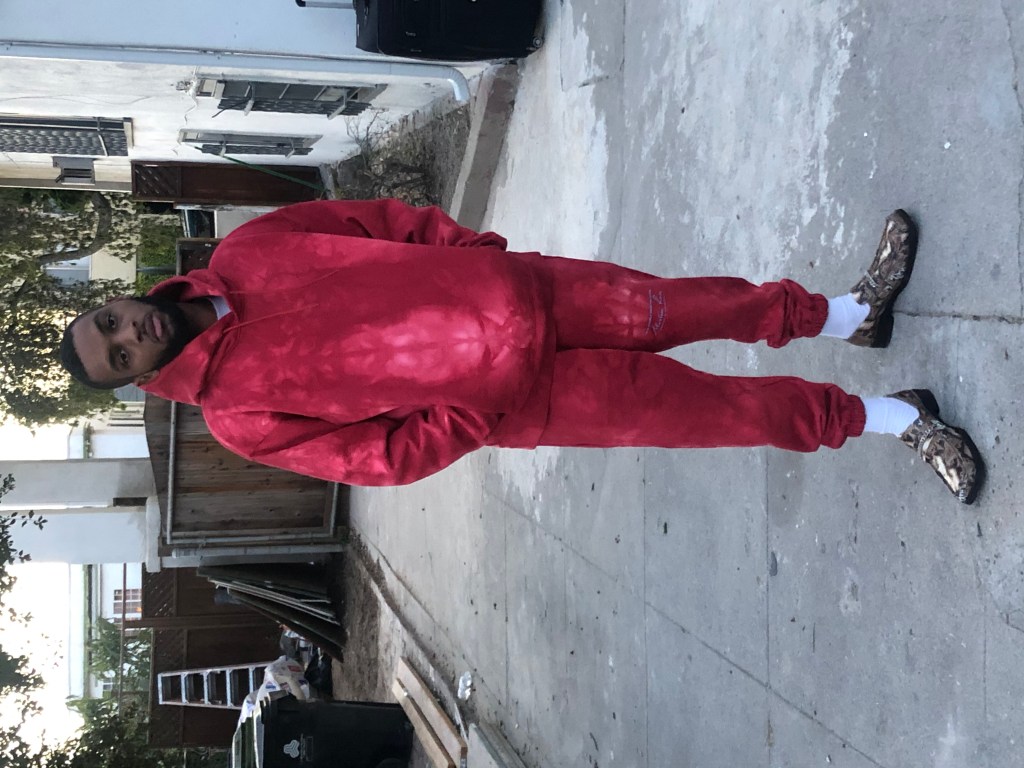 “The collection has already been shown in a fashion context in September. This was an opportunity to show the clothes in a different environment: Less stylized and more real. It was interesting to see them in that sense,” Rose said.

Rather than showing the film on repeat, the idea was that it would be available to all — but only at three specific showing times.

“I wanted to create a moment in time that doesn’t live forever. I wanted people to be there and show up like they would for a physical show, a community watching together,” the designer added.

“The main goal was for people to come away with a sense of togetherness.” 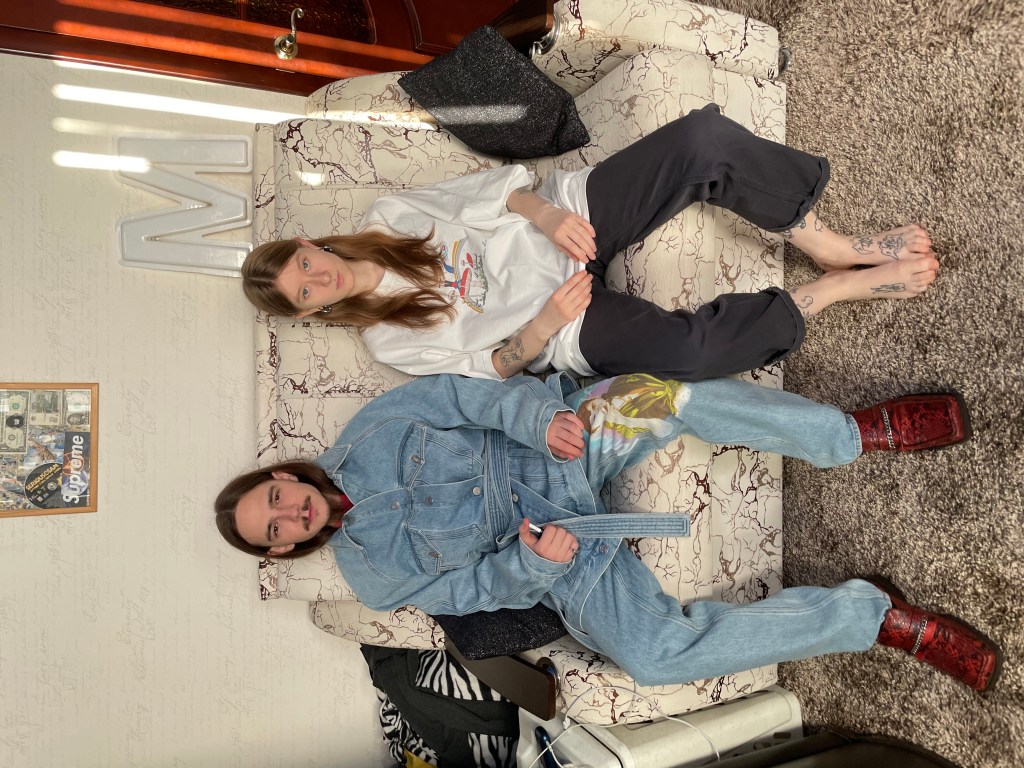