In an ever-changing global economic climate, California’s textile industry has carved a cozy niche for itself. 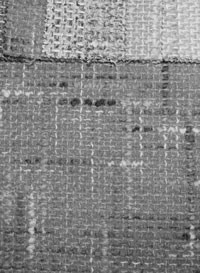 You wouldn’t know it based on the often bleak economic and business news to come out of California, but the state’s $1.4 billion textile industry, dominated by $944 million in textile shipments from Los Angeles County (based on 1997 figures, the latest available from the U.S. Department of Commerce), has continued to build its reputation as a fast-turn, high-design player, even as an avalanche of challenges face it in the days ahead, namely a quota-free China.

Just look at the numbers. Textile manufacturing reached its peak in 1999 and 2000, when it employed 14,200 people in Los Angeles County. But, the energy crisis hit the industry hard, leading to a loss of 1,800 jobs — a drop of 12.7 percent — between 2000 and 2001, according to the Los Angeles County Economic Development Corp. Although most of those jobs haven’t returned, Los Angeles County’s 286 textile-related businesses now employ 8,881 workers, still well over New York’s 5,556. Orange County ranks second with about 1,700 textile jobs, and the San Francisco region lags behind with fewer than 300 jobs.

If it’s not employment, what’s helping buoy the sector, say industry observers, is the need for quicker services by the more fashion-forward firms, including the designer, contemporary and trend-driven junior sectors, who turn to the industry for its knitting, sewing and dying capabilities.

“The main thrust in L.A.’s textile market is the unique offerings that come out of here — the new creations, the novelty coming out of the contemporary market that relies on the quality here,” said Joseph Kofsky, consultant with accounting firm Moss Adams LLP.

The L.A. contemporary market has kept business steady at Hal Kaltman Textiles, known for its higher-end lines J.L. de Ball America and Brittania Mills Ltd., which can range from $6.25 to $10.95 a yard. Kaltman, who is also president of the Textile Association of Los Angeles, said he projects an upturn in the market this year, due to the rising challenges of importing.

“People who’ve been going offshore have to buy goods way too far in advance and have to sweat out the new security measures, so the frustrations are opening up the market for us,” said Kaltman, who counts Frankie B., Juicy Couture and Vince as clients.

After last year’s disastrous port strike and the mounting delays while ports clear shipments through U.S. Customs & Border Protection, a number of companies have turned to production in their own backyard to avoid the volatility of the import market.

“Working in L.A. gives us a great deal of creativity. We’re not restricted with the import factors or high quotas; we just make what we want to make,” Kane said. “And, if I’m putting the right product out there, price is secondary. [Our customer] is willing to buy fashion.”

The costs are hard to ignore, but designers, even budget-minded newcomers, are willing to pay the price. The nearly two-year-old young contemporary Panacea line in Los Angeles, known for some of its artistic and architecturally designed pieces, imports much of its fabric from Europe, but relies on Los Angeles for labor, as well as basic jerseys, cottons and stretch twills. For that, owner Barbara Encinias pays 20 to 25 percent more.

“The benefit is, if you put in the error factor, the late factor, the fact that I can run down to the factory and engage in hands-on problem-solving, then I’m not taking as much of a hit,” Encinias said.

She won’t argue that the costs of her novelty fabrics from Italy, Spain and France also have gone up with the dollar’s decline against the euro, but their smaller minimums — often less than half — still keep the purchase attractive.

That’s why textile representative Dan Sassower, who runs New West Textiles, isn’t complaining. He said sales were up 10 percent last year for the lines he represents, which include both the French bouclés from Isoule and prints and knits from New York-based Ascher Studio and Jasco Fabrics.

“The euro should be impacting my business, but it’s not,” said Sassower, who credits such trends as those fitted, tweedy jackets with ribbons and girly details as fueling sales for Isoule.

A number of dye houses thank the apparel gods for the denim and jogging suit fever that have kept their machines humming. Universal Garment Dye and Wash in North Hollywood expects business to grow from $6 million the past few years to $14 million in 2004, thanks to clients such as Bella Dahl, Guess and Von Dutch, who rely on the seven-year-old firm for its more than 100 unique wash options.

Like a number of firms whose commitment is to provide rapid service to its clients, Universal runs its operation six days a week. “We’ve been very busy and everybody is in a rush — they need it in just days,” said manager Pablo Orozco.

It doesn’t hurt that junior vendors are also looking to restitch their production base. Until last year, Los Angeles-based Hot Kiss produced everything overseas, but now contracts just 30 percent abroad, with the balance made in Los Angeles and Orange Counties. Los Angeles-based Miken Clothing, a $40 million junior resource, also plans to keep the sewing needles busy here and in Mexico.

“We used to import 70 percent of our merchandise from China and Vietnam, and we’re looking to downsize that to 25 percent, because we were working blind,” said co-owner Kenny Landy. “It’s hard to [quality control] something on the other side of the world.”

While momentum is building among apparel and textile players now, the dark cloud looming is the arrival of a quota-free China by 2005. At a recent Financo-sponsored seminar in New York, apparel executives, including Mackey McDonald, chairman and chief executive officer of VF Corp.; William Fung, group managing director of Li & Fung Ltd., and Paul Charron, chairman and ceo of Liz Claiborne Inc., estimated that apparel prices could plunge anywhere from 5 to 20 percent, which could be felt along the supply chain.

The slew of uncertainties is daunting for executives here, but most think third-world countries will feel the pain more.

“My concern is the pricing variance: how does someone who manufactures both domestically and internationally compete against 100 percent-import companies?” Kane asked. “Hopefully, I’m selling fashion and I think I can get by selling creativity over a basic garment.”

Down the road, those less bullish on the industry say it’s not too late for these textile companies to better promote themselves, and then promote again.

“For the most part, this is a local business-to-business industry, and you’re not seeing much work come from out of state,” said Ilse Metchek, executive director of the California Fashion Association. “And I think it’s because they’re not marketing themselves to their best benefit. These companies aren’t at international textile shows in Mexico City or Guatemala or China. We may have newer products, but no one sees them.”

Though some textile companies work with manufacturers out of state, and retailers such as Scoop in New York rely on L.A. resources for private label production, they say they prefer to play it close to the chest.

“About 50 percent of the business comes from out of state, but we don’t like exhibiting at trade shows because we find people simply knock us off,” said Manny Roshan, owner of Los Angeles-based knitter Laguna Fabrics, whose clients include Harveys, BCBG Max Azria and XOXO. “We just attend and walk the shows, everywhere from Hong Kong to Guatemala, to stay on the pulse of things.”

Others in California, like designer Trina Turk, who is known for her retro Palm Springs-inspired bold shapes and color, wish they could work more closely with textile companies here. “I don’t find the novelty here that I do abroad, but I wish I could — shopping here would be so much easier,” she said.